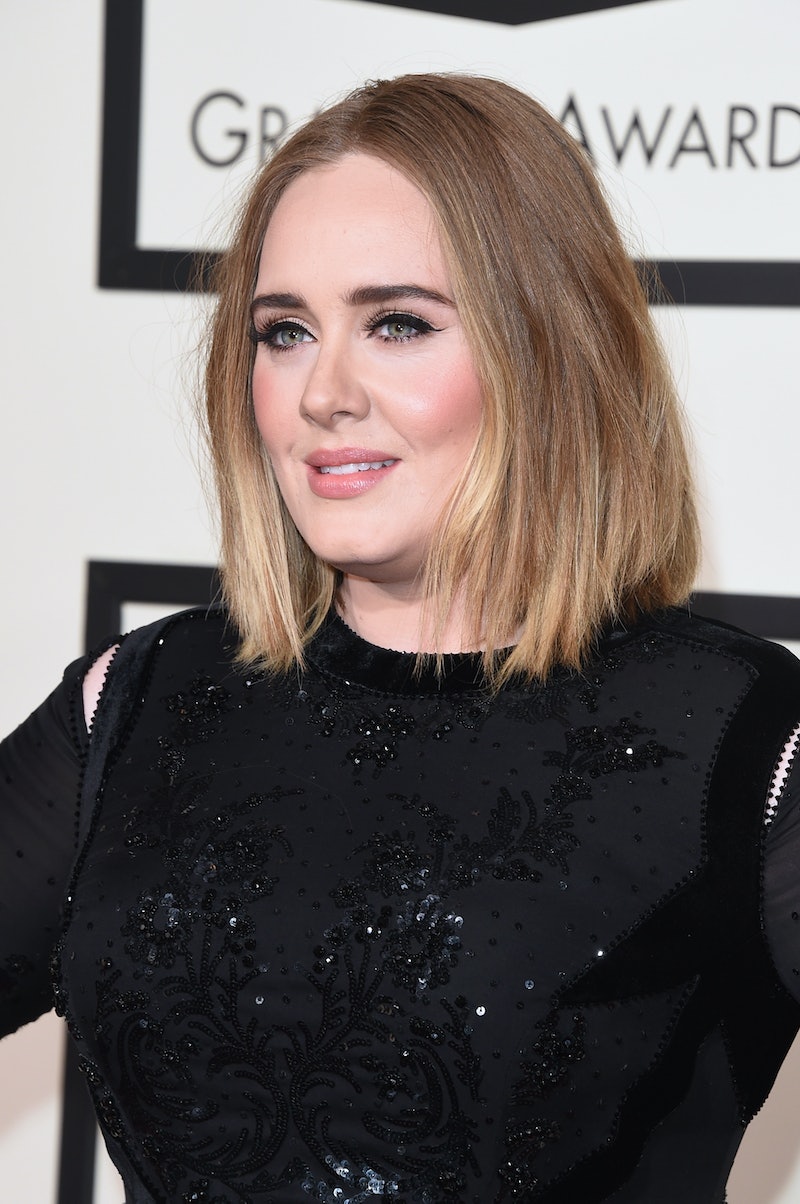 If ever there was any doubt (and believe me, I don't think there was), Adele has a heart of gold. Seriously, the world just needs more Adele, all the time. She's currently embarking on a huge world tour, which began this week with two shows in Belfast, Northern Ireland, and she's earning rave reviews for her performances, and even helping some lucky audience members begin their lives together with a surprise proposal to boot. With a busy schedule including attending awards shows, flawlessly covering fashion magazines, and being a mom to baby Angelo, she somehow also found time to do a selflessly good deed before her second show in Ireland: Adele visited with a gravely ill fan.

Just hours before appearing on stage in Belfast, the 27-year-old stopped by the home of 12-year-old Rebecca Gibney, who has cerebral palsy, epilepsy, and is blind, according to BBC News. Gibney was given six months to live last year, and is fighting for her life. She's also a huge fan of Adele's (aren't we all?!) and her mom, Tracy, set up a social media campaign for her daughter to meet her "hero" Adele, only hoping that the global superstar would respond.

At the time, Tracy told Belfast Live, "My daughter hasn't got long to live anymore. My daughter was only given six months to live last Christmas. It would mean the world to me and for my daughter — she goes through so much each day ... I put Adele on when Rebecca gets up in the morning. She smiles — she can't make noises or anything, but she smiles and her wee eyes light up." She set up a Facebook page, hoping to garner attention to reach Adele's team.

Well, it turns out Adele was listening, because she was able to meet with the young fan before her show this week. According to BBC, Adele's manager let the family know Adele would be coming to the house only an hour before she was planning to stop by. "It's amazing. I'll never forget it. And I do know that when Rebecca passes away she did get her dream come true," Tracy told BCC. "It's made me feel like I'm the best mummy in the world which I never felt. Adele told me I was the best mummy in the world too."

Though Rebecca was too ill to attend the concert, Adele offered Tracy's family tickets to the show.

Tracy told Belfast Life of Adele's visit, "I am in shock, I got my baby's dream to come true. She was so nice, she could not have been nicer. Adele was sat beside her and she was talking to me and my other kid, she was so nice for wee Rebecca. I can not put it into words what it means."

What a lovely gesture.