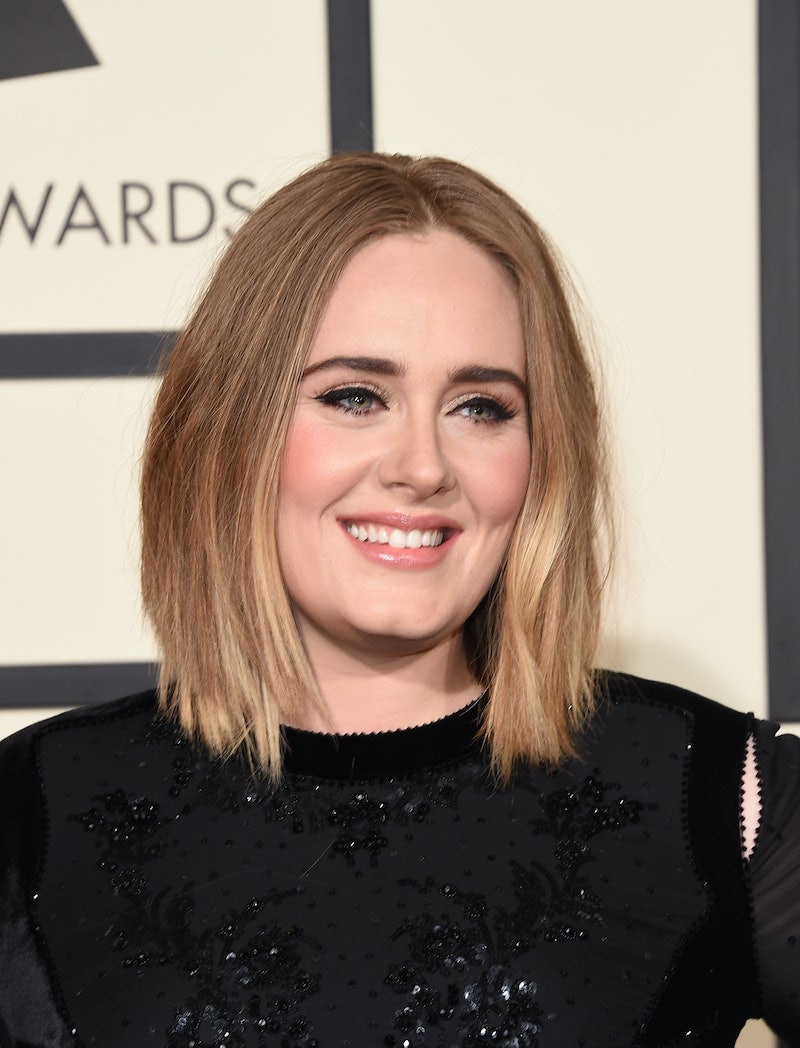 At the 2016 Brit Awards Wednesday night in England, Adele showed Kesha support during her acceptance speech after she won Best British Female Solo Artist. "To come back after so long away and be so warmly received means so much," she said." Then, the 27-year-old "When We Were Young" singer added, "I'd like to take this moment to publicly support Kesha. Thank you very much."

Adele joins a slew of celebrities who have shown support for the "Your Love Is My Drug" singer, following the outcome of her request for an injunction that would severe ties with her recording company. On Friday, Feb. 19, a New York-based judge ruled that Kesha cannot break her contract with Sony. Under the record label, Kesha worked with Dr. Luke (real name: Lukasz Gottwald), who she accused in October 2014 of raping her at 18 years old. Gottwald has repeatedly denied these accusations and countersued Kesha for defamation. Ever since the judge's ruling, there has been an outpouring of love and support for Kesha from her family, friends, fans, and many celebrities, including Jack Antonoff, Ariana Grande, Taylor Swift, Reese Witherspoon, and Anne Hathaway.

Watch Adele's speech from Wednesday night's Brit Awards for yourself below:

Dr. Luke's lawyer released a new statement on Feb. 22, which can be read in part below:

Dr. Luke also expressed himself on Twitter, where he continued to defend himself and stated that he did not rape Kesha.

As for the musician, her lawyer, Mark Geragos, released this statement to Billboard in October 2014:

More recently, Kesha took to Instagram to thank everyone for their support. She wrote:

I am beyond words in gratitude. thank you is not enough but it is all I have. a million times over and forever thank you. the support I have received has left my face swollen from tears. I love you all so much. <3 a statement too large for this format is coming....

Sony and Kemosabe Records, Dr. Luke's label housed under Sony, told the presiding judge that Kesha's claims are "transparent and misguided attempt to renegotiate her contracts," according to The Hollywood Reporter .

More like this
Billie Eilish’s UK Happier Than Ever Tour Will Include A Climate Takeover Event
By Rachel Mantock
Spice Girls’ Net Worth: The Richest Member Is Wealthier Than The Rest Combined
By Hugh McIntyre
Cardi B Explains To David Letterman Why She Uses Her Star Power For Politics
By Jake Viswanath
Watch The Dramatic First Trailer For Netflix's Jennifer Lopez Documentary
By Alyssa Lapid
Get Even More From Bustle — Sign Up For The Newsletter