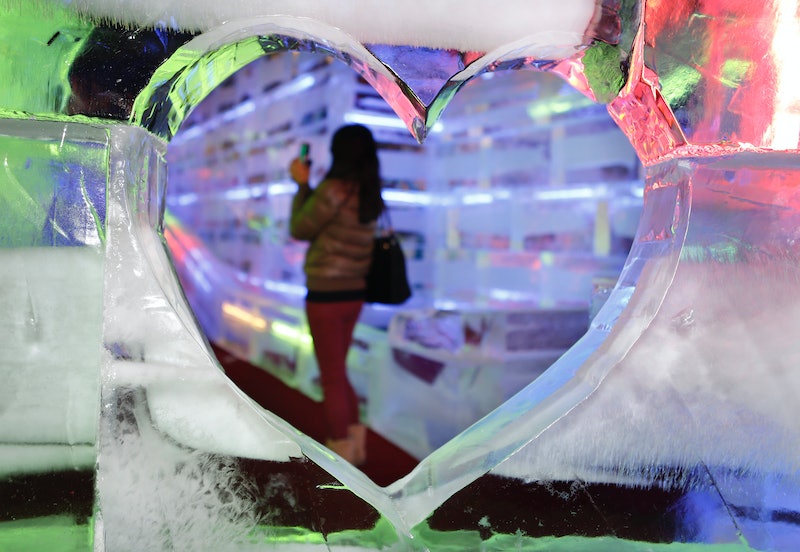 Unlucky in love? It probably means you're too picky, according to University of Maryland psychology professor Ty Tashiro. In his new book, The Science of Happily Ever After: What Really Matters in the Quest for True Love, Tashiro suggests that if you want to live happily ever after, you should probably just settle.

"We only get to wish for three traits in an ideal partner," writes Tashiro, reducing the complexities of human attraction to a sort of magic-lamp-rubbing scenario for some reason. We "want everything" in a potential mate and as a result we end up with nothing, he says. And when the love genie comes along, you better not "squander" your wishes on superficial traits like most singles do. Prizing wealth and good looks is typical but foolhardy, according to Tashiro. It prevents us from focusing on traits that actually lead to enduring love.

Unlike previous advice on why we should settle, Tashiro gives his directives to both men and women, which is refreshing. And he's right about one thing: Dating for money is certainly dumb. But while finding your partner physically attractive may not automatically lead to long-term relationship success, it is a pretty necessary element for a relationship to even begin. Maybe reminding people that looks aren't everything is nice, but it seems a fool's mission to try and convince folks that they don't really matter at all.

Tashiro suggests focusing on "agreeableness", which he thinks is the key to continued love and desire in a relationship. He suggests looking for a mate who is "courteous, flexible, trusting, good-natured, cooperative, forgiving, soft-hearted and tolerant" and says to steer clear of "openness" in a mate, which he defines as "cultivated, cultured, imaginative, original" — apparently these people are born cheaters. While I won't argue that that first set of traits sounds great, you'll have a hard time convincing me that I should be dating people that wouldn't be characterized as "open."

So, after sorting through "reams of research data and scientific studies," Tashiro's advice is pretty much in line with what mama (and Jimmy Soul) told us. Money isn't everything. Don't judge a book by its cover. And if you wanna be happy for the rest of your life, get an ugly guy to marry you.