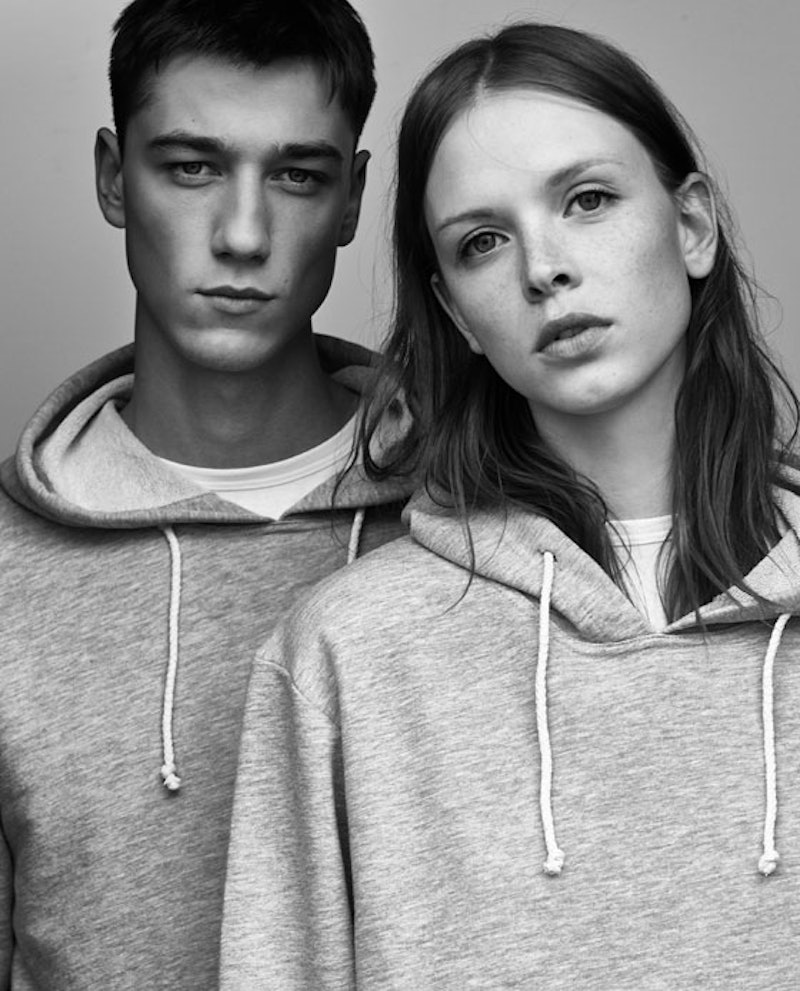 As if you needed another reason to love the brand, Zara decided to create an ungendered section on its website, proving how progressive the beloved store is. Zara's new gender neutral section on its site features clothing items that can be worn by men, women, and non-binary individuals, including T-shirts tank tops, jeans, sweatshirts, joggers, and sweaters. On the site, Zara uses both male and female models to show how each of the items fit.

While we all can find reasons to love the new collection, this shift for Zara is especially important for the progress of non-binary individuals who don't particularly associate with one gender. Fellow Bustle writer Meg Zulch has talked about the importance of being able to express their gender fluidity through their fashion choices, saying, "Fashion has always been an exciting way for me to express who I am. Choosing clothing that reflects my gender fluidity and wearing things that may break the gender binary or the gender norms as assigned to me at birth is nothing short of liberating, especially after being closeted for so long."

While brands typically leave no other option for non-binary individuals than to shop from each gender divided section, Zara's newest effort helps break down the idea that there are only two genders — and will hopefully encourage more mainstream brands to do the same.

While the majority of clothing stores are still separated by men and women's sections, here are just a few of the others who've gone the ungendered route.

Muttonhead has been around since 2009 and all of their clothes are gender neutral. And when you look at their offering, it makes you wonder why more stores don't put this idea into practice.

Back in August 2015, Target announced in a statement that they will begin to "phase out gender-based signage" because "suggesting products by gender is unnecessary." This was a somewhat controversial announcement from such a large retailer, but such an important change. Little kids should get to decide what toys they want to play with and not be forced to choose from a "boy" or "girl" section.

Former Project Runway and Project Runway: All Stars contestant Fabio Costa created a genderless line called Not Equal, which features made-to-order, non-gender specific pieces, which is especially helpful when it comes to getting the right fit.

Check out this video of Carmen Carrera sharing six things transgender women want you to know and subscribe to Bustle on YouTube!