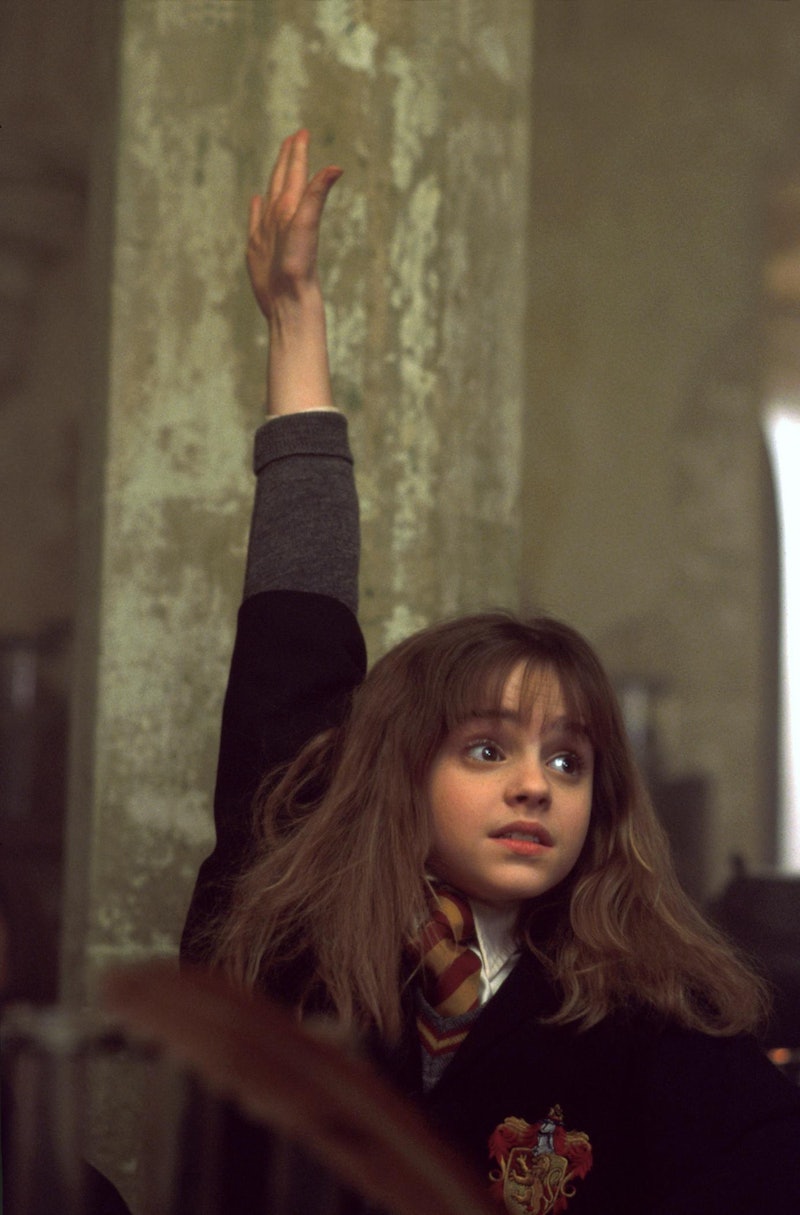 When I was younger and read Harry Potter for the first time, I immediately related to Hermione Granger. Her thirst for knowledge was something I could understand, because I was also a book nerd whose first instinct would be to go to the library (though I would probably want to go so I could check out more books, not for research purposes). Throughout the series, Hermione constantly takes her academic pursuits seriously — even when there are “dark and difficult times” lying ahead. This is a girl who’s actually sad when exams get cancelled. She never hesitates to put schoolwork and learning as a top priority, and that drive is truly inspirational. Hermione realizes that she’s at Hogwarts to learn, and she makes great use of all the resources the school has to offer.

Of course, she’s not the only student who pursues knowledge. With a headmaster as wise as Dumbledore, Hogwarts must be a place where intelligence is valued and learning is king. And with a house like Ravenclaw, naturally lots of other students subscribe to that viewpoint.

There are plenty of inspirational quotes in Harry Potter, but perhaps some of the most poignant are the ones that deal with the pursuit of knowledge.

1. Harry thought. Then he said slowly, "It shows us what we want... whatever we want..." "Yes and no," said Dumbledore quietly. "It shows us nothing more or less than the deepest, most desperate desire of our hearts. You, who have never known your family, see them standing around you. Ronald Weasley, who has always been overshadowed by his brothers, sees himself standing alone, the best of all of them. However, this mirror will give us neither knowledge or truth."

—The Sorting Hat, Harry Potter and the Sorcerer's Stone

3. "Wingardium Leviosa!" he shouted, waving his long arms like a windmill. "You're saying it wrong," Harry heard Hermione snap. "It's Wing-gar-dium Levi-o-sa, make the 'gar' nice and long." "You do it, then, if you're so clever," Ron snarled. Hermione rolled up the sleeves of her gown, flicked her wand, and said, "Wingardium Leviosa!" Their feather rose off the desk and hovered about four feet above their heads.

4. "Books! And cleverness! There are more important things — friendship and bravery and — oh Harry — be careful!"

5. "You're the cleverest witch of your age I've ever met, Hermione."

—Remus Lupin, Harry Potter and the Prisoner of Azkaban

6. The knowledge that they were doing something to resist Umbridge and the Ministry, and that he was a key part of the rebellion, gave Harry a feeling of immense satisfaction.

7. [Firenze] was nothing like any human teacher Harry had ever had. His priority did not seem to be to teach them what he knew, but rather to impress upon them that nothing, not even centaurs’ knowledge, was foolproof.

8. “How would it be,” she asked them coldly as they left the classroom for break (Binns drifting away through the blackboard), “if I refused to lend you my notes this year?” “We’d fail our O.W.L.s,” said Ron. “If you want that on your conscience, Hermione . . .” “Well, you’d deserve it,” she snapped. “You don’t even try to listen to him, do you?” “We do try,” said Ron. “We just haven’t got your brains or your memory or your concentration — you’re just cleverer than we are — is it nice to rub it in?” “Oh, don’t give me that rubbish,” said Hermione, but she looked slightly mollified as she led the way out into the damp courtyard.

9. “I knew that Voldemort’s knowledge of magic is perhaps more extensive than any wizard alive. I knew that even my most complex and powerful protective spells and charms were unlikely to be invincible if he ever returned to full power. But I knew too where Voldemort was weak. And so I made my decision. You would be protected by an ancient magic of which he knows, which he despises, and which he has always, therefore, underestimated — to his cost. I am speaking, of course, of the fact that your mother died to save you. She gave you a lingering protection he never expected, a protection that flows in your veins to this day."

10. Harry’s frequent nighttime wanderings had given him an unusually good knowledge of the castle’s secret passageways.

11. "You don’t think a girl would have been clever enough,” said Hermione angrily. “How can I have hung round with you for five years and not think girls are clever?” said Harry.

12. "His knowledge remained woefully incomplete, Harry! That which Voldemort does not value, he takes no trouble to comprehend. Of house-elves and children’s tales, of love, loyalty, and innocence, Voldemort knows and understands nothing. Nothing. That they all have a power beyond his own, a power beyond the reach of any magic, is a truth he has never grasped."