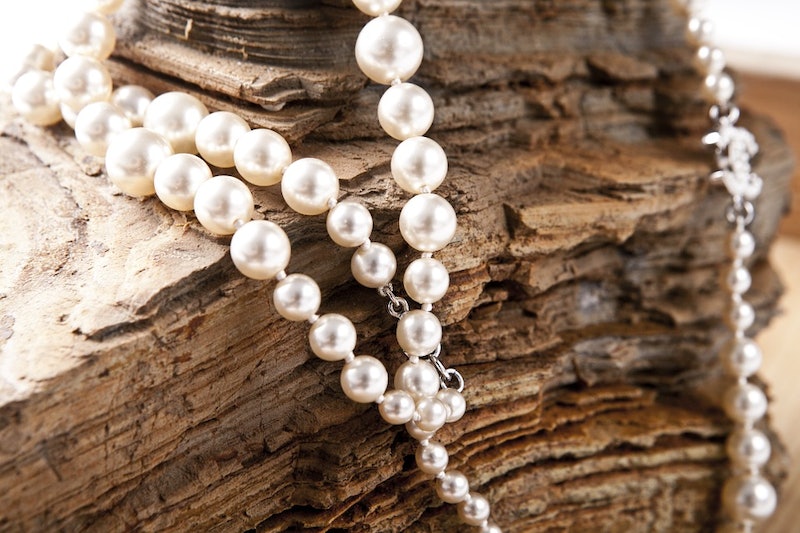 Humans have believed a lot of very strange myths about semen over the past several thousands years, and some of these beliefs still persist; so just in case it needs saying, no, you cannot "dislodge" the little suckers by jumping up and down after sex, and yes, you can still get pregnant if you have sex upside down or in a swimming pool. (Sex education needs to be improved, guys.) But there are many other semen myths from history that now seem violently bonkers to us (even thought they were incredibly popular and influential in their time period). For instance, did you know that according to the ancient Greeks, sperm was basically blood "brewed" into reproductive fluid by men's innate hot, hot heat? (Women couldn't make it themselves. Because we're frigid, see.)

To be fair, semen holds a bit of a weird place in our biology. We now understand the science behind semen very well, but that doesn't mean that the innate concept — a fluid shot out of the male genitals in which millions of tiny sperm are suspended, prepared to marathon for their lives to find an egg — isn't frankly ridiculous if you think about it for more than four seconds. Reproduction is weird as sh*t. So you can't really blame the Egyptians, Greeks, ancient Chinese and Arabic cultures for trying to figure out the mystery in their own terms, even if what they came up with was, erm, a bit off.

Here are five of the strangest things people once thought about sperm and semen in history. Read it and take a second to think: aren't you glad that your bones aren't actually made out of man-juice? Yeah, thought so.

You can blame our old friend Pliny the Elder for this one. (You may remember him for his belief that menstrual blood causes cyclones and kills bees.) In his Natural Histories, the Roman thinker and medical authority expressed the belief that you could change the gender of your child by interfering with testicles. Try that next time you're talking about conception with a boyfriend.

"If the right testicle is tied up," he recounted, "the ram will generate females, and if the left, males." (This belief in left-ness somehow being female endured for thousands of years; female fetuses were believed in medieval times to develop on the left side of the womb.) Beyond the decision to arbitrarily tie up testicles, Pliny also had a diversity of opinions about the use of ram's balls: elsewhere in his book, he recommends dried, pounded ram testicles in ass's milk as a cure for epilepsy. (No information on whether it's the left or the right one.)

2. Semen Is Blood Heated Up By Dudes' Innate Hotness

The doctrine of "vital heat" was actually a key concept when it came to ancient Greek beliefs about human reproduction and the roles of sperm and blood. But the most famous proponent of this belief is actually the philosopher Aristotle, who also worked as as a biological theorist and had some very intriguing, influential (and incorrect) ideas about where sperm actually comes from.

According to Aristotle and his followers, sperm was actually created by the innate "heat" of a male body — somehow, male bodies heated up blood until it coagulated into sticky white semen. Women, being naturally "cooler" and more "passive," couldn't actually convert blood in this way; instead, they just get menstrual blood, which Aristotle viewed as an "inferior form" of sperm.

3. Pearls Are Actually The Sperm Of The First Living Being

I actually think this is one of the prettier myths about semen in human history: that it actually the source of the world's pearls. (Sorry, oysters, you're officially out of a job.) According to various mythological traditions of ancient China, the first living being was Pan Gu, who created the earth and heavens by splitting Yin and Yang, worked for 18 thousand years to cement the split, then rested and become various parts of the natural world.

While various poetic bits of his parts became things — the soil is said to be his flesh, the rivers his blood, and the mountains his head — his semen allegedly formed the world's pearl supplies. Is it weird to find that actually kind of beautiful? (No, you are not allowed to make a "pearl necklace" joke.)

Clement of Alexandria was a Christian theological scholar in the 1st century AD, and had some very interesting perspectives on the ancient relationship between blood and sperm. He recounted beliefs from people like the famous Cynic Greek philosopher Diogenes, who took Aristotle's ideas about blood and semen and went a little bit further.

According to Clement's records, Diogenes thought that blood didn't just randomly turn into sperm because of heat: he thought semen was actually created when blood passed through certain arteries in the body and "came out foaming." Then, that foam became semen, like the layer of froth on the top of a cup of coffee. Clement thought this was because the blood was agitated by lust, and when it rushed about air got into it, creating foamy semen. What they thought of people who foamed at the mouth remains unrecorded.

5. Your Baby's Bones Are Formed From Sperm

The big proponent of this bonkers belief was the Greek physician Galen, who declared that because bones were white-ish, they definitely were made from fossilized, solidified sperm. Obviously. The idea may have come from late ancient Egypt, where evidence has been found of a belief that a baby's bones were made from sperm and its flesh material from the mother's womb, but scholars still argue about whether that belief had actually trickled down to Egypt from the Greeks. It also turns up in the hadith, the Islamic collection of the sayings of the prophet Muhammad:

This sort to thinking endured, as far as we can tell, for thousands of years. In 1620, the Scottish doctor John Moir lectured his students, "Bone is ... generated out of semen, fat and earth by the power of heat and the innate spirit." No, you are not allowed to propose to anybody who's recently broken a bone that a bit of sperm application might help them.

More like this
Every Single Big & Small Way You Can Fight For Abortion Rights
By Tess Garcia
6 Abortion Advocates To Follow On TikTok
By Sara Youngblood Gregory
The 7 Best Knee Sleeves, According To An Expert
By Andrea Hannah
The 6 Best Hydro Flask Alternatives
By Maria Cassano
Get Even More From Bustle — Sign Up For The Newsletter