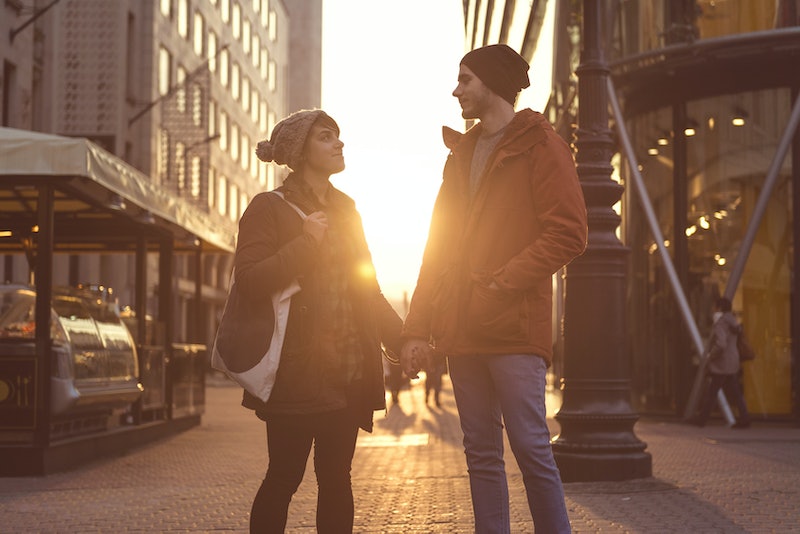 I felt like I was pretty late to the online dating game. Despite only trying dating apps a year ago, I just sort of assumed that it was everyone was on using dating apps to meet significant others. I felt like the last person not trying them. The most popular dating apps seem to be on all of my friends' phones, and it can feel like virtually everyone meets online or have been in relationships since the stone age. But maybe that's just in my group of friends — is it actually the new normal? Is the stigma completely gone? Not that it would stop me— like I've said, I met my girlfriend on Tinder, so even though I don't think the app is great for humanity, it was pretty great for me. But I'm still curious to see how online dating and apps are working out for others.

Recent research out of the Pew Research Center is showing us just that. It looked at how people use and feel about online dating and, interestingly, compared some recent statistic to those from 2005 to see if attitudes have changed at all in the past 10 years. And there were some surprising developments.

1. Only 5 Percent Of Americans Who Are In A Marriage Or Committed Relationship Say They Met Their Partner Online

Five percent! So yes, despite all those dating apps and sites that take up all your phone's storage, relationships are still beginning offline today. Even among Americans who have been with their spouse or partner for five years or less, 88 percent say that they met their partner offline.

2. 15 Percent Of Adults Use Dating Websites Or Apps

Surprising right? Only 15 percent. But this was over a lot of different ages— from 18 to 65 plus. In certain ages, there were big jumps in online dating apps in the last 10 years. For example, in the 18 to 24 age range it jumped from 10 to 27 percent in the past 10 years, which is a huge increase, but 27 percent is still way less than I thought would be using them.

3. But A Lot Of People Still Think It's Desperate

I thought the stigma was mostly gone, but it doesn't seem to be totally c. 23 percent of people still think online dating is desperate, compared to 29 percent in 2005. Weirdly, the amount of people who think it's a good way to meet people has jumped from 44 percent to 59 percent. So a lot more people think it's a good option, but nearly 1 in 4 aren't buying it.

Research shows a lot of people who are on online dating never go on dates. These people are my friends — I know so many people who swipe, match, and chat but never actually go on dates. The Pew Research Center says one-third of online daters have not yet met up in real life with someone from an app or site. One third of people. That's not going on regular dates, that's going on any date. Not a single one. It's time to take online dating to the next level — meet the eff up.

More like this
18 Hinge Prompt Answers To Try If You’re Looking For Something Casual
By Lexi Inks
50 Valentine’s Day Instagram Captions To Post If You’re Single
By Jessica Booth, Lexi Inks and Carolyn Steber
11 Super Bowl Instagram Captions To Use On Game Day — Even If You Don’t Like Sports
By Alexis Morillo
Ashamed Of Your Screen Time Stats? Here's How To Change That
By Alexis Morillo
Get Even More From Bustle — Sign Up For The Newsletter
From hair trends to relationship advice, our daily newsletter has everything you need to sound like a person who’s on TikTok, even if you aren’t.