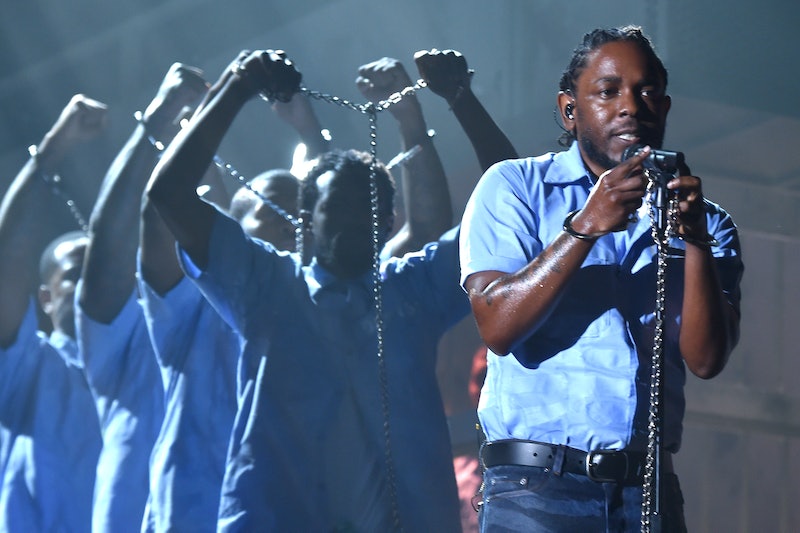 In a world where more and more artists are holding their albums off of the streaming platform or releasing them exclusively to Apple Music or Tidal, the fact that Kendrick Lamar's new album untitled unmastered. is on Spotify already means we owe him a huge thank you. Because, from where I stand, a move like this is entirely for his audience; people like Taylor Swift and Adele have been vocal about the fact that there aren't a tremendous amount of benefits to them to putting their music on Spotify. From a money-making perspective, it makes a lot more sense to, at the very least, delay the release to Spotify in order to maximize album sales elsewhere, so it means a lot that Lamar eschewed that route to get his new album into our ears faster. Very, very generous of you, dude.

Especially considering that this entire album came about pretty much because we asked for it. Lamar released To Pimp A Butterfly less than a year ago, but when Twitter — specifically LeBron James — started clamoring for a new album after seeing Lamar perform new material on the late night circuit and at the Grammys, he did something out-of-the-ordinary, and obliged. Instead of being like, "Guys, cool it, I just put something out, why don't you go bother Frank Ocean for his next album?," Lamar just went ahead and put out what he had, fittingly naming it untitled unmastered. Go ahead and take a listen if you want, because Lamar has ensured that it's at your fingertips.

Honestly, we don't deserve you, Kendrick Lamar, but thank you for being here all the same. Now, if you'll excuse me, I need to go groove to untitled unmastered. and just generally marvel at Lamar's attitude for the rest of my life.