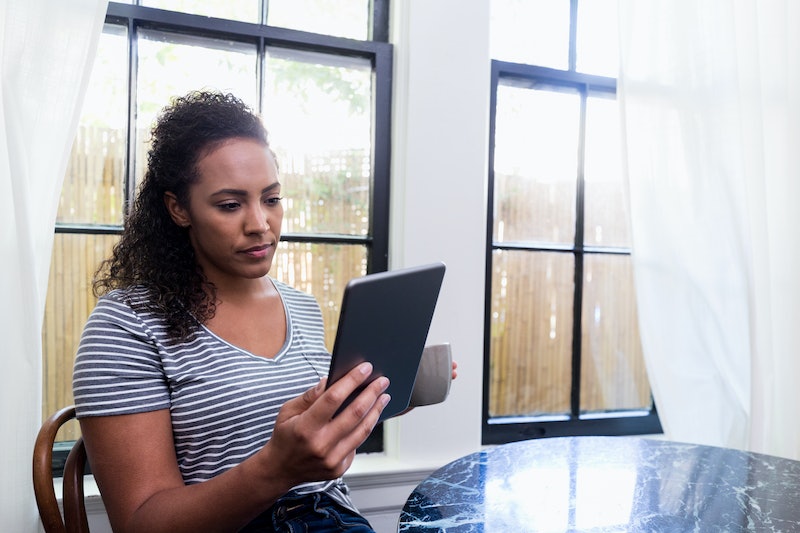 Have you ever wondered what it's like to have dyslexia? In the United States alone, it's estimated that up to one in 10 people have dyslexia. But although dyslexia is one of the most common reading-based learning disabilities, there's still a lot of stigma surrounding it — so to help people better understand the reading experience of people with dyslexia, Victor Widell created a website called Dsxyliea.

Dyslexia is neurological, so it all happens in the brain. If you suffer from dyslexia, your brain processes information in a different part of the brain than people who do not have dyslexia. Interesting, dyslexia varies quite a bit from person to person. Even in a room of people with dyslexia, they may experience different obstacles in their reading: For some people, the letters on a page move vertically ("jumping" between lines) and for others, the letters move together so there is too little space between words to distinguish them. While dyslexia has the same neurological root, it manifests in unique ways depending on the individual and the severity of the case.

Accordingly, what Dsxyliea shows isn't an exact replica of what all people with dyslexia see; rather, it's just one example. "A friend who has dyslexia described to me how she experiences reading," Widdell writes on the website. "She can read, but it takes a lot of concentration, and the letters seem to 'jump around'" — which is exactly what Dsxyliea demonstrates. So, for example, this:

All in the blink of an eye. Every moment, the text of the website changes, showing exactly what it's like to have the letters "jump around" on you while you read. Personally, I think things like this are great tools for loved ones, educators, and advocates to better understand first hand what someone with a disability like dyslexia faces on a continuous basis.

If you want to learn more about dyslexia, there's a lot of information out there that makes it really accessible. For example, you can see a font that represents what letters look like to someone with dyslexia, simulations of people with dyslexia reading a book, and learn about the controversial claims from educators that dyslexia doesn't exist. Remember, education is key to advocacy, and invisible disabilities matter, even if they don't affect us personally.

You can check out Dsxyliea here.