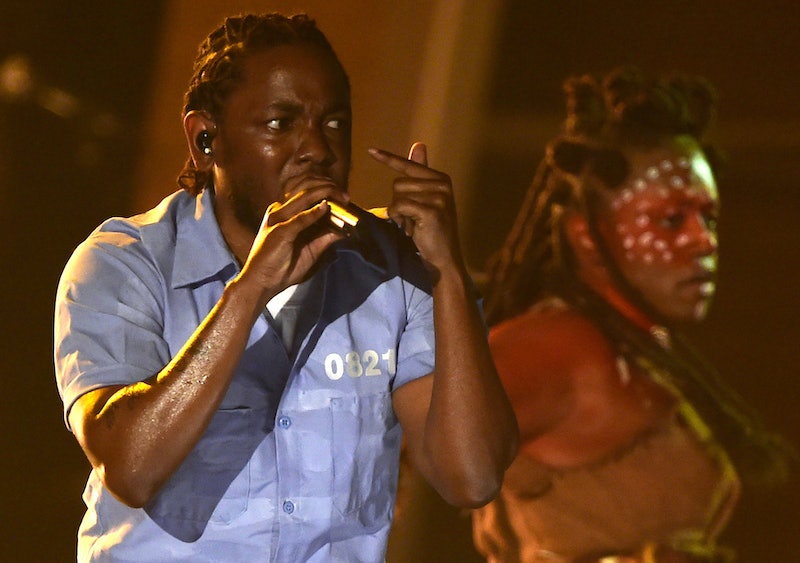 Honestly, how does he do it? How does Kendrick Lamar churn out music faster than almost anybody else in the game right now, and still manage to cram each album full of such quality tracks? I set out to do a tracklist ranking for untitled unmastered. , and he is just not making this easy for me at all. I don't know why I was expecting it to be below the high standard that Lamar set for himself with To Pimp A Butterfly , given that it was released less than a year later, but every track is so good. I don't know if this dude is a wizard, a superhero, or just better than me, but there's somehow not even a weak link on this album that Lamar put out basically because LeBron James asked him to on Twitter. We are not worthy.

But, seriously, I thought this was gonna be an easy-peasy process, ranking the eight tracks in order from strongest to weakest — in my opinion, of course — but it was like pulling teeth. There are like three standout tracks, and not really any that I don't like; at the end of the day, it's more like ranking it from "best" to "less best." The only reason I was even able to pick a song for last place is because one of them is just spoken word, and that isn't totally my style. But, even still, the lyrics are powerful and intelligent, and basically designed to make my job here very difficult. But I did it. Somehow. Here are the eight tracks from untitled unmastered., ranked from "ooh I love this" to "ooh I love this slightly less."

Just by virtue of the fact that it's more of a spoken word piece than a song, we have "untitled 04" in last place. No offense, you're just my least favorite of things I really really like, and you have a great message of not second guessing yourself. Let's still be friends.

If this was the first track I heard, and I never listened to any of the others, I'd probably be happy as a clam. But, having heard the rest of the album, it doesn't quite have the oomph to rise to the stop. Still some very impressive verses with themes of the light and dark sides of spirituality, though, so for sure worth a listen or ten.

You can tell by its placement on my list that this one wasn't my favorite, but you had me at "produced by Swizz Beatz's 5-year-old son Egypt." BRB, gotta go do something with my life.

This one makes me want to host a party just so I can put it on in the background; it's chill vibes all the way. It's the kind of track you want on when you invite someone up for a nightcap and to see your apartment for the first time. Just be prepared for things to get a little steamy, because that's definitely the direction this song is headed.

I really struggled with which track I preferred between this one and "untitled 08," and I'm still a little conflicted. I think it comes down to the kind of mood you're in when you listen. This one is perfect for when you're bouncing down the street, determined to have a great day.

I dare you to listen to it without bobbing your head, you can't.

Lamar gets personal with a look at how jarring it is to leave your past behind as you start to get famous. He lives in two worlds at once, and really manages to get that sensation across in this track.

This is the Kendrick Lamar we know and love, doing what he does best: coming in hot and never letting us down, with a catchy beat and cutting lyrics about his refusal to compromise.

Man. Somehow I'm even more impressed now than when I started; this album is so so strong, and I wouldn't kick a single one of these tracks out of bed for eating crackers. Killer work, Kendrick Lamar. Once again, I don't know how you do it.