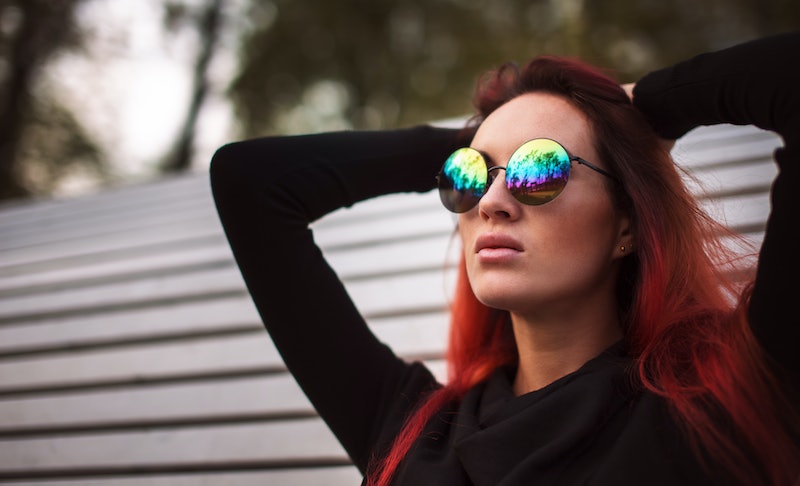 According to a 2013 study, online dating has made us judgmental in dating. In being over-saturated with so many potential dates to choose from, the research found that a “shopping mentality” is created and from that judgments are made and pickiness in dating inevitable. It’s in these cases that it’s easy to rule out the guy in the fedora or the woman that you feel is “out of your league,” because there’s an endless supply of photos; photos that we sometimes forget are actually real people.

But even before online dating became one of the most common ways to meet someone, people were still picky, but in different ways. Personally, I have lived by the mantra that my vagina has an education minimum and a no white socks or god policy. Realistically, while I personally believe that your religious views, or lack there of, should align, the fact that I have long refused to date men who wear white socks might be a bit limiting. I can probably say the same for insisting that everyone I date have at least a BA. However, I don’t think I’m alone in having specific things which a potential partner must or must not have. I think we’re all picky to a degree.

While that’s definitely true, there are those who are too picky. Whether it’s a defense mechanism to avoid dating someone or simply a strict code of what one wants, realistic or not, it can happen. Are you too picky? Here are nine things to think about.

But first, check out our latest episode of I Want It That Way, where New Yorkers confess their sex secrets:

1. You Want The Whole Package Or Nothing At All

In college, I had list of the exact specifics that I wanted in a significant other. It was so detailed that it included bands that my potential mate had to like in order for me to even consider going on a date with them. Not only was this immature (although I was 19), but absurd. Having a list so detailed and not being able to move even half an inch on it to let someone who might not be a 100 percent of that ideal person may not be the best strategy.

2. You Constantly Judge A Book By It’s Cover

In a perfect world, men would still dress the way Don Draper does — that’s my feeling anyway. But the problem is that this is 2016. So if you find yourself scowling at your date because their jeans don’t fit the way you think they should or their shirt is something of which you don’t approve, then it may be time to be more open-minded.

3. You Come Up With A Pros And Cons List After Every Date

While people who are open to the idea of a relationship with someone who may be less than perfect, you are not. Instead, you devote your time to coming up with a list of pros and cons about your date and find that the cons always outweigh the pros.

4. You Don’t Know The Last Time You Made It To A Second Date

While you can get yourself to the first date, your pickiness always seems to get in the way of a second date. In fact, you’re so picky that most of the time just getting to the end of a first date is a challenge, as scrutinize everything your date does: Why didn’t he put his napkin on his lap immediately? What is he waiting for?!

5. You Focus On Little Things

From the way they laugh to the freckle on their nose to the way they walk, you can’t stop obsessing over how it’s a “flaw.” Well here’s some breaking news: We all have flaws and that’s what makes each and every one of us unique and fun.

6. You Shut Down People Early In The Game

Someone who is too picky, will immediately nip in the bud any potential for a date within seconds. If you’re constantly shutting down people you meet at the bar or at a party because you’ve decided within 30 seconds they’re not for you, then, yes, you may be holding yourself back.

7. Everyone You Meet Has Something ‘Wrong’ With Them

Not only are you turned off by little things that you identify as flaws, but you simply think that everyone has something “wrong” with them. Whether it’s their job, where they went to school, or how they wear their hair, everyone and anyone is wrong for you, in your humble opinion.

8. You Want To Be In Love Like In The Movies

Who doesn’t want to have a love story that will make for an epic movie like Casablanca? (Even if they don’t end up together.) We all want a relationship that’s too good to be true… and probably is. But it’s when you’re so focused on having a relationship and a person that seems like it’s plucked from a Hollywood set that you need to ask yourself why you want this. It’s not only a sign that you’re too picky, but that you’re holding out for something that isn’t very likely to happen.

9. Your Friends Tell You That You’re Too Picky

Friends are great for a million reasons and one of them is that they call you out on your bullsh*t. When your friends start telling you that you’re too picky, then it may be time to listen to them; they love you and can see things about you clearer than you can sometimes.