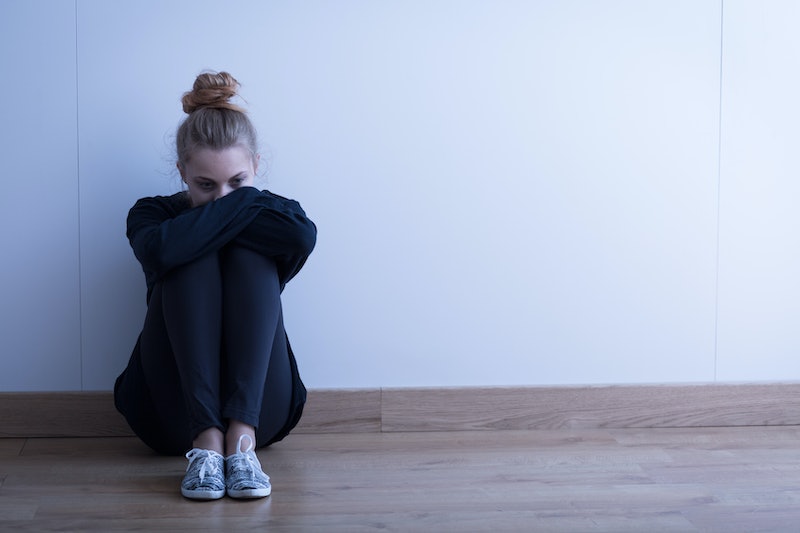 Sex advice columnist Dan Savage likes to say that “a relationship is not a deposition,” by which he means that you’re not obligated to tell your partner everything. It’s an important lesson to remember when we live in a culture that says you have to share everything with your partner or else you’re not being honest with them. It’s a lesson that I personally have had to learn very consciously when I started dating someone who is much more private than I am. It took a while, but I think I finally understand that his choice not to share certain things with me isn’t about him not trusting me or not loving me enough. It’s just about him wanting to keep some things to himself.

On the other hand, I’m the kind of person who tends to overshare, in case that wasn’t obvious. That means that I’ve had to work out a kind of flip side to the “relationship is not a deposition” maxim, in that I’ve learned to keep some things back too. (As much as I can, anyway. My face is pretty much an open cover to the book that is my brain and no matter how hard I try, I can’t seem to control it.)

My partner doesn’t, in fact, need to hear every single thought that goes through my head and there are some things that I really should figure out on my own — or with friends — and not bother him with.

But beyond just your daily random thoughts, there are certain things that you’re absolutely not obligated to share with your significant other, unless you want to. Don’t let anyone tell you that you’re a bad partner or you don’t trust/love your partner enough if you don’t want to share one of these eight things.

But first, hear New Yorkers' sex confessions on Bustle's Sex and Relationships podcast, I Want It That Way:

My boyfriend hates it when I ask him where he’s going, which is something I’ve also noticed in other men in my life. Unfortunately, I think this may be a gendered thing because I know that as a woman, I’ve been taught to make sure that someone in life always knows where I am in case something happens and therefore really don’t mind if he asks me where I’m headed.

However, no matter your gender, you’re not obligated to tell anyone your whereabouts if you don’t want to. Also be aware of a partner who tracks your every move, either with technology or by texting constantly, and who gets angry if they don’t know where you are. That’s a red flag.

2. The Number Of Sex Partners You’ve Had

None. Of. Their. Business. The number of sex partners you’ve had is something you can absolutely share if you want, but are never, ever obligated to share. Considering the fact that the double standard is alive and well, women especially are absolutely in their rights to keep their number private.

3. Who You’re Hanging Out With

While asking who you’re hanging out with can be a totally innocuous question (like maybe they want to come join you but want to make sure they like the people you’re with first), it can also be a question that’s asked out of jealousy and control issues. So do a quick assessment when your partner asks this question. You’re in the best position to judge if it’s a chill one or one you just don’t have to answer.

This is 100 percent your business and no one else’s. However, one thing to consider is whether you have particular triggers that may come up during sex that your partner should be aware of. If that’s the case, then it might be a good idea to share those, although even then you don’t have to share any details about why those triggers are there. Otherwise, your sexual assault is something you only need to share when sharing will help you.

5. Who That Text Was From

I’m hella nosy and have definitely been known to ask my partner who he’s texting. He usually ignores me. That is a totally legitimate response.

Your history is your history and you can choose which parts you want to share — and which parts you don’t. If you think it’s relevant to your relationship or perhaps to your own kids, then absolutely share. However, if your past has some very dark corners in it that you’d rather not explore at the moment, you’re under no contract that says your significant other has a right to know.

Unless you're joining your finances, the amount of money you make is none of their business.

Look, some of us pick up a bug here or there in our journey through our sex lives. Human beings have an annoying tendency to give each other germs! As long as you’re not currently carrying something that your partner could get infected with, you don’t have to tell them sh*t about past STIs.

You’re not telling them about every cold and flu you’ve had, are you? But you’ll probably let them know if you’re currently rocking a wicked sinus infection. Your STI history is just the same: disclose anything that’s currently contagious but feel free to keep anything that is gone and has been treated in the past.