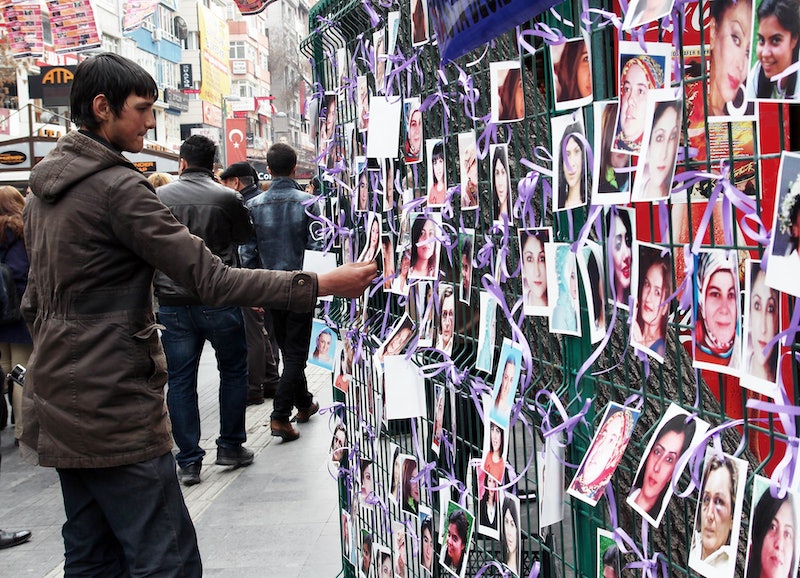 Today, people around the world are celebrating International Women's Day and making a #PledgeForParity as part of the campaign to accelerate gender parity worldwide. That's right — all people, not just women. Of course, men can and should help make gender parity happen. True gender equality would change society for the better for everyone, regardless of gender. And one of the easiest ways to comprehend the potential gains is to look at what would happen economically.

In the corporate world, companies do better with gender equality — profitability, return on investment, and innovation all increase when there are women in leadership roles. The greater economy also improves when women have equal access to education and join the working world at the same rate as men. Women's participation at an equal rate would grow the world economy by $28 trillion dollars by 2025, according to a 2015 report from the McKinsey Global Institute. That's one of the reasons international groups like the World Bank have begun to prioritize gender equity as one of the ways to help the developing world.

But it's not just in poorer countries that work needs to be done. According to the Bureau of Labor Statistics, U.S. women make only 78 cents for every man's dollar. For black women it's 64 cents, and Latinas make just 56 cents. These hard numbers don't take into account nuances regarding the different types of jobs men and women tend to hold, which explains part of the wage gap. Still, they show that work is needed across the world, including in the United States, to achieve gender equality. But that doesn't mean that you — especially the guys reading this — can't make a difference and help pick up the pace.

Maybe you didn't know the degree to which inequality permeates the world. Learn about the issues women face, including the pay gap, who it affects, where it's worse, and more. Know the stats so you can speak up against the voices in the room who see it as an overblown problem.

2) Come Out As A Feminist

Do you think men and women should be equal? Tell people. Use the word "feminist" and explain why you consider yourself one. Make sure to do this only after you've educated yourself about all the issues facing women — and not just the economic ones.

3) Speak Up For Women When They're Not There

Lots of misogynists and sexist jerks wait until there are no women around to speak badly about them. This is where you come in as a feminist and an ally. Speak up for women. Tell the guys you're with why they're wrong. Try to educate them if you can.

4) Talk About How Much You Make

Many of your colleagues not might know they're being underpaid. So talk about what you make. They can't ask for a raise if you don't know your boss is taking advantage. An open culture about pay can help you, too — the only one it hurts is the boss.

When hiring at your firm, try to intentionally seek out candidates from different backgrounds. Recruit from historically black colleges or women's colleges for internships. Make sure to set real criteria in the job description so that you can choose the best person.

Women might be affected by more than one sort of prejudice. Economics, race, sexual orientation, religion, and gender identity all matter too. Realize that all these factors play into each other, and try to educate yourself and become an ally in these areas as well.

Gay men make less money than straight men. When breaking this down at your company level or for your team, make sure that you're looking at all sorts of biases in hiring.

Some companies worry about hiring women because they're more likely to need to take time off work for maternity leave. That can easily be changed — and not by giving women less time off after the birth of a newborn. As a man, negotiate for and take paternity leave. This will be better not only for your family, but also for society as a whole.

9) Look Beyond The Developed World

Consider investing in a woman-owned business in the developing world. There are lots of charities that allow you to do this.

Vote for candidates who are dedicated to making the world a fairer place for women and girls. There should be more women elected at every level of government. Show up and vote for equality.

No, you don't have to stop tweeting for the day — although that's not a bad idea if you're a troll. However, it is important to always remember that women are their own best advocates, and you're just showing up to be an ally. They can take the lead on your teams at work, on hiring committees, and pretty much everywhere.

And finally, whatever you do, no jokes about International Men's Day. Society thanks you.