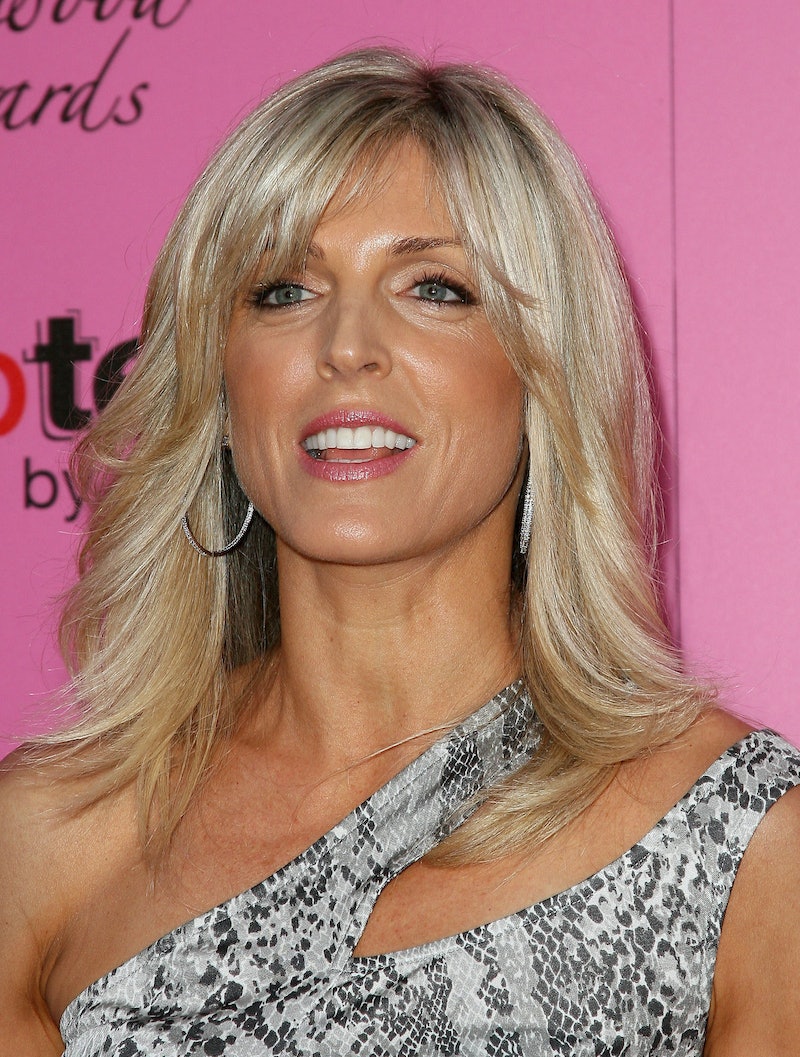 The latest slew of stars ready to strap on their dancing shoes has been announced and it's quite literally a full house! There have been lots of rumors about which celebrities would form the cast for the upcoming 22nd season (!!) of Dancing With the Stars, and now it's officially been confirmed. There's some exciting talent joining the ranks of past DWTS alumni including one Fuller House star, another '80s TV star (and current Real Housewife), and even a Donald Trump ex-wife. Yep, it's true: Trump's second ex-wife, Marla Maples, is joining the DWTS cast. But who is Marla Maples, other than an ex-wife of the most talked-about guy in the world right now?

Though most well-known for her marriage to Trump, Maples has a pretty impressive and diverse background in show business all on her own. According to Us Weekly, Maples was rumored to appear on DWTS as far back as Season 6 in 2008, but never made it to the dance floor. Maples is no stranger to reality TV though, having appeared on the short-lived ABC show The Ex-Wives Club in 2007. She is also an actor, having appeared in several movies and TV shows since 1986. Here's what we know about Maples ahead of her first dance number.

1. She Has A Very Diverse Acting Career

Maples has kind of done it all, from small roles on '90s TV staples like Spin City and The Nanny to movies like Executive Decision and Maximum Overdrive. She's even appeared on Broadway in The Will Rogers Follies and in the off-Broadway show Love, Loss and What I Wore.

Maples played basketball as a child and loves a good fitness selfie, as evidenced by her Instagram feed.

3. She's The Mom To One Daughter

Trump and Maples were married from 1993 to 1999, and had one daughter, named Tiffany (now 22), just before they wed in October of 1993. Maples told Inside Edition she fully supports her daughter working on her dad's presidential campaign, and the two appear to be super-close even though Tiffany has since moved to the East Coast to be closer to her dad.

4. She Hosted An Inspirational Radio Show

Deeply connected with her faith, Maples hosted a radio show, called Awakening with Marla, which "shared the voices of those who are dedicated to uplifting humanity." In 2013, she released a spiritual album called The Endless .

5. She Has No Ill Feelings Towards Her Ex-Husband

Though Maples was set to release a tell-all book shortly after their divorce in 2000, the book was scrapped and the two seem to be doing just fine these days, with Maples joking with Inside Edition that she'd rather be in the White House than the first White House ex-wife.

It's unclear if Maples' decision to join DWTS alongside her husband's run for president was purely coincidental or not, but one thing's for sure, she will make a great addition to the cast either way.