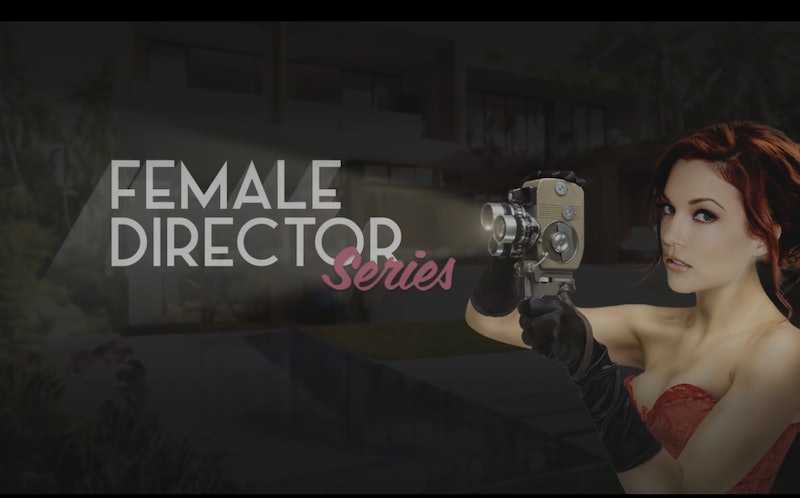 In honor of International Women’s Day, the series launches today and will include curated videos as well as exclusive, behind-the-scenes interviews with some of the creators.

Check out the SFW trailer for the series below:

I spoke with Billie Miller, CEO of Yanks.com, one of the female creators featured in the series, who says working in the industry is "just as fun for the girls as it is for the guys."

Here's what else Miller told me about being a woman creator in the adult industry:

1. The Biggest Misconception About Women In The Industry

What's the biggest myth about women who work in the adult industry? Miller says it's the assumption that women are forced into the industry. "This goes for all levels of involvement; models, company reps, execs, or owners," she says. The false idea that she's working in the adult industry because of direct (or indirect) male pressure is one she encounters in both her personal and professional life.

3. What To Expect From The Female Director Series

She wants people to walk away from the series with the notion of a shifting sexual focus. "From what men like to see, from initiation to money shot, and what women like to see, from initiation to money shot, as well as the possibility of all polarities in between male centric and female centric focused content. And how hot is that? This initiative will showcase women wanting to share their true sexual expressions on both sides of the camera, their poles if you will."

5. The Adult Industry Versus Hollywood