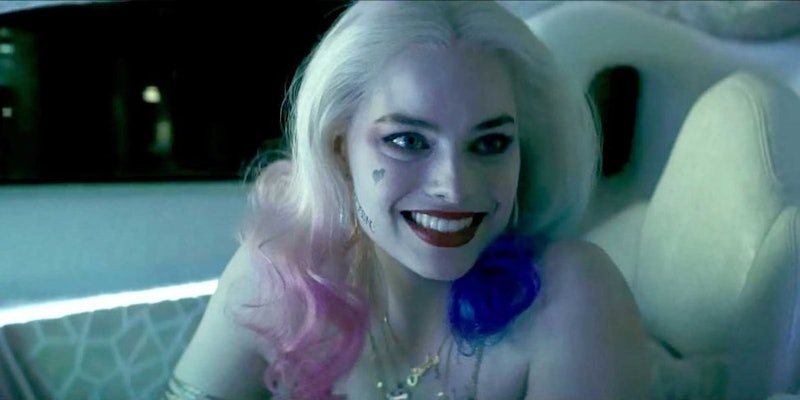 The DC cinematic universe is getting off to a running start this month with the release of Batman v Superman: Dawn of Justice, which is introducing a boatload of characters in order to set the stage for Justice League next year. A new incarnation of Batman, along with first timers Wonder Woman, Aquaman, the Flash, and Cyborg, will join Henry Cavill's Superman, who debuted in Man of Steel, in order to build the superhero team in just one movie rather than taking rival Marvel's approach of doing so over several films. But the weird part is, the next DC movie doesn't seem to have anything to do with Justice League. Instead, it's a different team-based film, about a team of supervillains instead of superheroes. I'm talking, of course, about Suicide Squad .

So who is in Suicide Squad ? The team itself is made up of a number of villains from DC comics who are making their first appearance on the big screen. Perhaps the most notable is Harley Quinn, the sadistic psychiatrist/Joker ally. There's also Deadshot, a marksman, El Diablo, a former gang member with pyrokinesis, Killer Croc, a super-strong guy who looks like a reptile, and assassins Boomerang and Slipknot. Then there's their leader, good guy Rick Flag, and his bodyguard, mystical ninja Katana. Rounding out the film is the mastermind behind the team, Amanda Waller; an evil witch, The Enchantress; and a brand new version of everyone's favorite Batman villain, The Joker.

As you've no doubt noticed, Suicide Squad, like Batman v Superman, has a ton of characters. However, you'll also notice that none of them are the same... but that's not entirely true. The Dark Knight himself will provide the link between the films with a cameo in Suicide Squad, confirming that both movies take place within the same universe. That means that moving forward, characters introduced in Suicide Squad (like the Joker and Harley Quinn) could conceivably show up in future Justice League movies or, more likely, solo Batman films.

But besides Batman, what else does Suicide Squad have in common with the larger DC universe that Batman v Superman is setting up? That part still isn't clear. Neither movie has been released yet, so although fans know some details from each, there are definitely some surprises in store. For instance, one rumor suggests that Lex Luthor, who of course appears in Batman v Superman, is secretly also the main antagonist in Suicide Squad. If that's true, then his presence would certainly open the door for more collaboration between Suicide Squad and the rest of DC's franchises.

Obviously, fans are going to have to wait until Suicide Squad hits theaters in August to discover just how connected the film is to the rest of DC's properties, but one thing is certain: The DC cinematic universe is expanding, and it's doing so at a very fast clip.