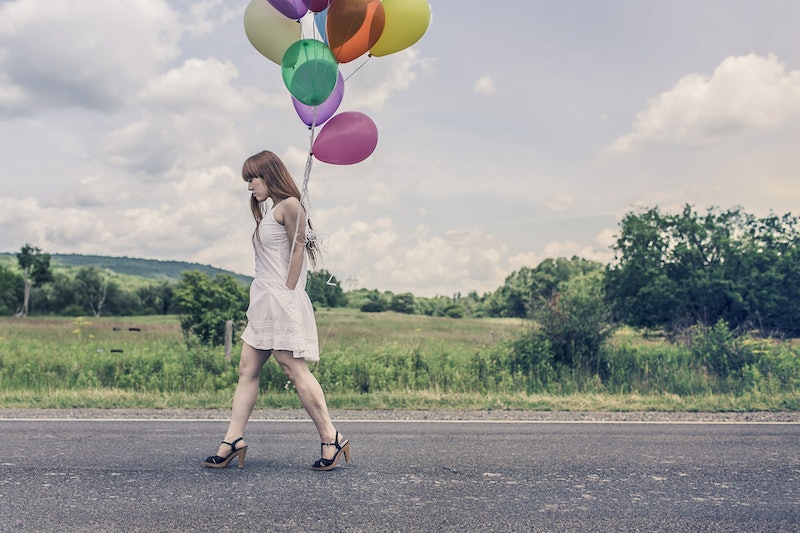 Getting older is this totally strange thing, no matter what age you’re graduating to or from. There’s all the sudden responsibility and bills that come with moving into your 20s and 30s. Then, there’s the “you need to think about kids before you can’t have them anymore” and “you still live like a bachelor” sneers that come along with the 30s and 40s. And, of course, there are all the new aches and pains and I-didn’t-even-know-that-joint-could-pop-like-thats of the 40s and 50s and beyond. Getting older at any age is just hard.

At pretty much any age, it feels like you’re only just beginning to get the hang of things when suddenly you get older and all the rules change and you’ve got to start getting used to things all over again. It doesn’t help that much of popular literature and film seems to think a protagonist over the age of 25 (especially female protagonists) is out of the question.

Even though coming-of-age stories (“of age” apparently capping out around age 20) seem to be the most popular genre of books about aging, there are still some pretty great books about getting even older and they’ve got lots of insight for those of us encountering our fourth, fifth, sixth, or even seventh or ninth decades on Earth. Getting older is tough, but if there’s one thing you’ve learned for sure by now it’s that everything is better with a good book for a companion. So cozy up to these books as grow up and have to figure things out all over again.

1. The Autobiography of Miss Jane Pittman by Ernest Gaines

Jane Pittman is 110 years old. She was born a slave and has lived through the Civil War, Reconstruction, and the Civil Rights movement. More than a simple record of this character’s life, it’s a story of a woman making sense of her life and how much of it she’s seen and how much the world has changed around her.

2. The Cairo Trilogy by Naguib Mahfouz

An epic family saga set during the British occupation of Egypt, the trilogy spans three generations as they age, capturing the ways in which getting older happens as a sort of group activity, families, institutions, and whole nations changing and earning wrinkles and growing pains right along with you.

For some of us, getting older doesn’t just mean coping with your own new experiences but also coping with the changes to your relationship with your children. The Joy Luck Club captures this interaction between the generations beautifully.

4. All Passion Spent by Vita Sackville-West

In this youth-obsessed society, we often look at old age as basically a pre-death, a several decades long period of basically just waiting for death. Sackville-West’s All Passion Spent thwarts the notion that dreams die after 50. The protagonist is robbed of her youthful dreams when she marries young and spends most of her life rearing children, but she gets a second lease on life in her 70s as a widow.

5. An Unnecessary Woman by Rabih Alameddine

An Unnecessary Woman is simultaneously so many correctives about women, particularly elder women, at once. Describing the inner-life of a highly intellectual woman who has spent her years inside the pages of books, as an outsider in her own family and culture, and quietly observing the fate of her country, An Unnecessary Woman reminds us that even in old age the mind is alive and, after so much living, full of life.

6. No Name in the Street by James Baldwin

No Name in the Street was written in 1972, when Baldwin was only 48 years old, but the '60s had a way of aging those on the front of the battle lines, and this book captures Baldwin’s reflections on that time from the distance that age provides. And it also captures him as a veteran of the Civil Rights era encountering the emerging movements of the youth taking up the cause in their own way.

You thought epic adventures and sagas across harsh wilderness were reserved for strapping young nights with big manly beards? Well, Ch’idzigyaak and Sa’ have a thing or two to say about that. This traditional Alaskan tale is the story of two elderly Athabaskan women’s quest for survival in a harsh winter, the cruel wilderness, and old age after their tribe heartlessly abandons them as useless

8. The Buried Giant by Kazuo Ishiguro

This is one for the fantasy fans. An elderly couple sets out on a quest alongside a couple of brazen youth after the Arthurian wars. But those young bucks are the side characters in this story. The elderly couple are the heroes here and their mission the focus. With an elderly knight of King Arthur and even an elderly dragon, the whole book really seems like a tribute to those who lived through it, rebuilt their lives after it, and now embark on new adventures. It's also a beautiful reminder that love is not only for the young.

Agatha Christie knew a thing or two about how women only get more badass with age. Far from the soft-minded, even crazed image we usually see of older women, especially single older women, Miss Marple is sharp minded and indefatigable as she goes about solving mysteries as astutely as Sherlock Holmes himself.

10. Twenty Years After by Alexandre Dumas

The Three Musketeers was a novel of youth. It had all the carefree adventurousness and romanticized notions of revolution and high emotions of youth. In Twenty Years After, the heroes are now in their 40s and 50s, facing the challenges of midlife, when adventure comes knocking once again. This time, things aren’t so clear cut. This time, they have lives and families and careers to consider. This time, the heroes have learned a thing or two and have to have a thought before they set out to play hero.

11. How It All Began by Penelope Lively

“Old age is an insult. Old age is a slap in the face. It sabotages a fine mind.”

How it began is with a 70-year-old woman breaking her hip... You can read all the empowering, hopeful books about growing older that you want to, but it doesn’t change the fact that in a lot of ways getting older just straight up sucks. Sure, sometimes you need the prettier picture of it, but sometimes, you just need the blunt brutal truth, and Lively isn’t afraid to stare right at the less-than-awesome parts of aging and cackle a good old lady cackle.