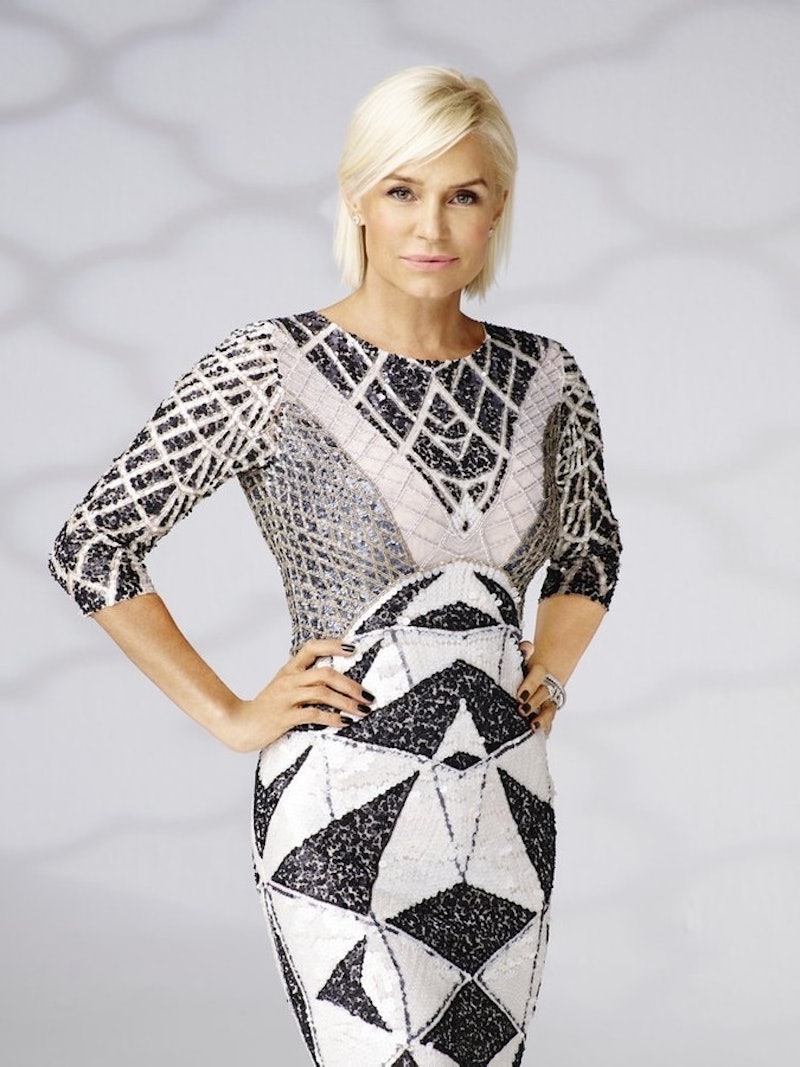 Throughout this season of The Real Housewives Of Beverly Hills, Yolanda Foster has been struggling with Lyme disease and unfortunately, not everyone in her group of "friends" has been sympathetic to her plight. A lot of questions and concerns have been thrown around regarding the seriousness of Yolanda's illness and whether she may be exaggerating her symptoms to any degree. And this week's episode shows that not only do the hurtful comments seem to be starting to get to Yolanda, but they show no signs of slowing down.

The main crier in the "Yolanda is faking it" camp happens to be Lisa Rinna. She has brought the subject of Yolanda's health into so many conversations, it's getting out of control. Lyme disease is no joke, and Lisa should not be speculating on exactly how severely it may be affecting Yolanda. Those who doubt the seriousness of her illness seem to think that because it interfered with some of her commitments, Yolanda is using her Lyme disease as an excuse, which is totally uncalled for. To have her friends questioning and gossiping about the validity of her illness is surely the last thing Yolanda needs while trying to focus on getting better.

In December, Yolanda addressed the other Housewives' gossip about her illness in a Bravo blog — yes it has been going on that long. In addition to listing the specifics of her diagnosis and treatment, she spoke about not letting these comments get to her.

Few people have the ability to stay firm when they're not educated or spiritually centered and not feed into the negativity otherwise known as gossip. I don't blame Rinna, Kyle or LVDP - I understand it and feel sorry to see my battle be such a point of weakness for them. If I let fear of what others say about me creep into my mind, I probably would not be where I am today. 100 books later, and immersed in worldwide research that I never thought I could process has given me a masters in being fearless and the strength to battle this epidemic called Lyme disease - it's the power of believing in myself that's let me come this far.

Yolanda is struggling with a truly complicated disease that most of us watching RHOBH know very little about. To question how she feels is not something that any of Yolanda's fan or friends should be doing. Instead, maybe all of us — including Lisa Rinna — should get to know more about Lyme disease and try to understand what Yolanda is going through.