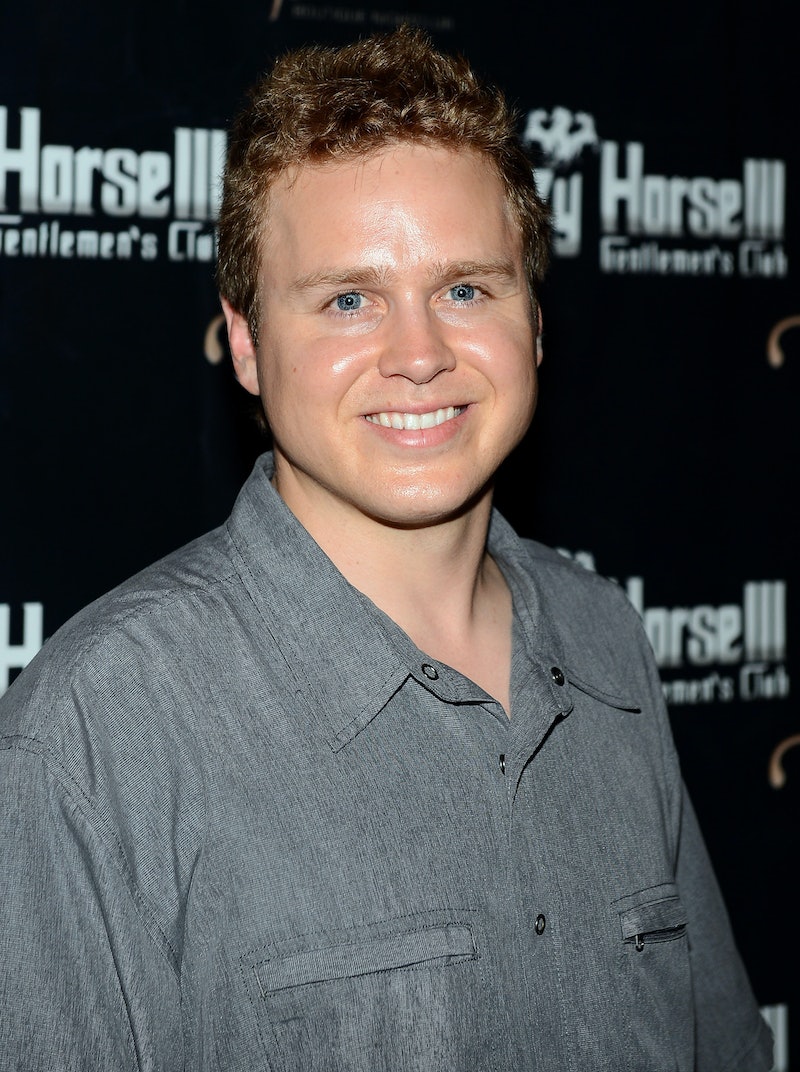 I think it's safe to say that Speidi isn't voting for Donald Trump. On Wednesday, Spencer Pratt tweeted about Donald Trump with some strong words. Would you expect anything less? The former Hills star was never one to mince words, nor one to hold back in expressing himself. Now, Pratt is letting his voice be heard regarding the 2016 presidential election. And, yes, all of this is as entertaining as it sounds.

The 32-year-old got right to it and said outright in his first tweet of many, "If I were @realdonaldtrump, I'd worry less about my hair and more about developing a coherent tax reform proposal." Then, in what has to be the best Pratt tweet about Trump, he posted, "I'm worried @realdonaldtrump will screw up our chances to finally breakthrough the prejudice against reality TV stars." Because that is the most serious issue at hand, not to mention the biggest problem with Trump.

Moving on, Pratt continued to give "advice" to the presidential candidate, which led to the second most amusing tweet from the man married to Heidi Montag. Alongside a picture of Pratt holding a $100 bill, he wrote, "Hey @realDonaldTrump When u put yourself on the $1K bill, you can replace Benjamin with me." I'm sure that will be Trump's first duty as POTUS, you know, if he becomes president.

It sure seems like Pratt is feeling all kinds of emotions and thoughts about Trump, so here are some gifs of Pratt during his time on The Hills that will help you understand exactly how he feels.

One: Trump stop fussing with your hair. Two: Spencer will not be your friend if you don't fix your tax reform proposal, stat.

Seriously, Trump, what is your problem? I mean, Spencer is living his worst nightmare right now.

This is Spencer channeling his thoughts into his crystals, before really letting Trump know how he feels.

When it comes to foreign police, Spencer doesn't trust Trump — at all.

This is Spencer ready for his close up on the $100 bill.

Who would've thought The Hills would be such a handy guide to understanding Spencer Pratt?

More like this
Yes, Billboard Queen Angelyne Really Ran For Governor Of California
By Brad Witter
Kim Kardashian Remembers Her Last Words To Death Row Victim Brandon Bernard
By Jake Viswanath
Cardi B Explains To David Letterman Why She Uses Her Star Power For Politics
By Jake Viswanath
10 Times Diana & Meghan Spoke Similarly On The Royal Family
By Sophie McEvoy
Get Even More From Bustle — Sign Up For The Newsletter