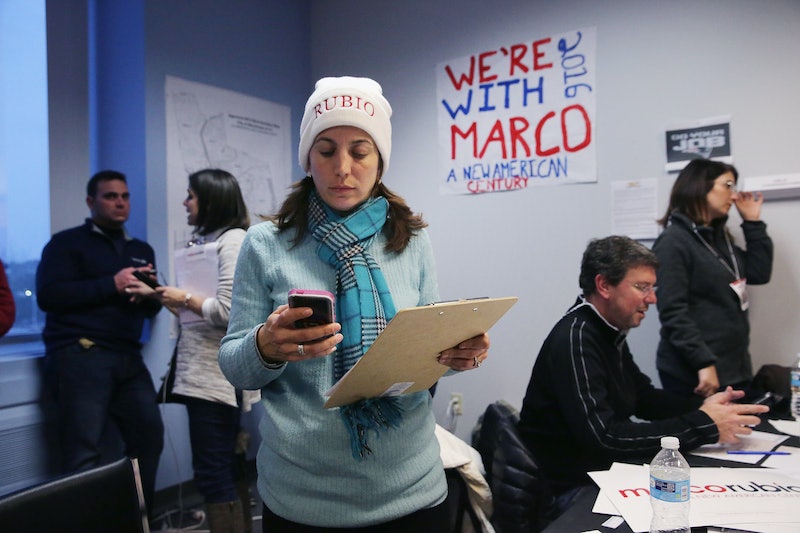 Another massive wave of primaries and caucuses is coming up on Tuesday. The largest event of the day happens to take place in the Sunshine State. Voters on the left and the right will have a chance to pick who they want to see nab the presidential nomination for their respective parties. Florida is a big deal for both Democrats and Republicans, as it is the state with the most delegates up for grabs that day. State residents eager to participate are wondering how to register for the Florida primary. Due to the fact that the event is closed, the window to register to vote has sadly passed.

According to Florida state voting laws, residents must be registered to vote by a deadline set 29 days before any given voting event. Interested residents who are legally able to vote can register at any time, but if they do so with less than 29 days to go before a polling event, they will be unable to participate in it. Thus, those who weren't previously registered needed to do so by Feb. 16 in order to vote in the primary. Anyone registered afterwards will be ineligible to vote in the primary, but will still be able to vote in the state primary in August, as well as the general election in November.

The Florida primary is particularly interesting because of the major divide between those who are of voting age and the total number of registered voters. The Census Bureau estimates that there are around 25 million residents of the Sunshine State over the age of 18. However, there are just under 12 million registered voters, according to state records. The disparity between the two figures could significantly impact who emerges victorious in the state. As with all primaries and caucuses for the Democrats, the 246 delegates up for grabs will be distributed proportionally. On the Republican side, however, the event is winner-take-all.

Florida marks a major test for presidential hopeful Marco Rubio, as it is his home state and he appears to be polling poorly there. Reports have emerged suggesting that voters who were firmly backing former Florida Gov. Jeb Bush may very well still cast their vote for him, despite his having dropped out. Bush's name will reportedly still be on the ballot. For all the voters who are able to participate in the Florida primary, it may not mean much if those who do choose to throw their support behind a candidate who's suspended his campaign.