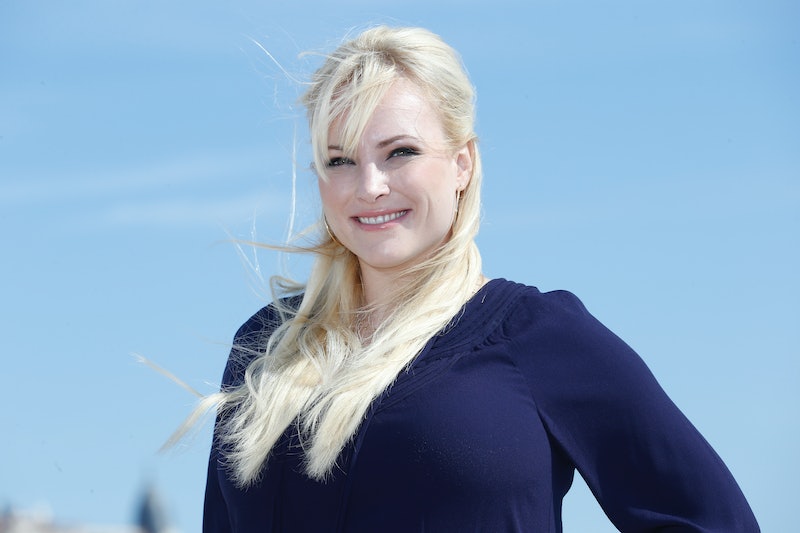 Keeping Donald Trump from becoming the GOP presidential nominee has become a rallying cry for conservatives who strongly oppose the billionaire. The phrase "I don't know, not Trump though" popped up on signs in people's yards and on T-shirts across the country, as he continued to gain momentum in Republican polls, primaries, and caucuses. Joining the wave of anti-Trump conservatives, America Now Radio host and John McCain's daughter, Meghan McCain, came out against Trump, using the hashtag #NeverTrump multiple times on Twitter. McCain exemplifies how worried some Republicans are that Trump will be their beloved party's nominee for the 2016 election, wanting anyone but him to go up against the Democrats' choice in November.

After publicly endorsing Ted Cruz, McCain tweeted Wednesday: "The enemy of my enemy is my friend. #NeverTrump." Essentially, she said she only likes Cruz because he opposes Trump. She admitted that she didn't always support Cruz, but was influenced by his latest endorsement from a former presidential contender. "I've been hesitant about Ted Cruz and the Carly Fiorina endorsement has swayed my personal opinion," she said on Fox News. McCain was a huge Fiorina fan, so the former Hewlitt-Packard CEO's opinion held a lot of weight for her. However, her initial hesitation and tweet aimed at Cruz implied that the main draw to his campaign was that he's simply not Trump.

McCain really, really doesn't like Trump. She criticized Chris Christie for backing the Republican candidate on Twitter (while also confessing her love for Fiorina), saying Wednesday, "I love Carly Fiorina. I will always love Carly Fiorina and I love that she didn't sell her soul Jersey Judas style out to Trump."

Trump still leads the GOP race, with a total of 458 delegates, compared to Cruz's 359. As he racks up more primary and caucus victories, Republicans like McCain are becoming more and more worried that he'll actually represent the GOP party in the general election. In an attempt to keep that from happening, McCain is advocating for anyone but him, and the runner-up seems like the most likely person to beat him.