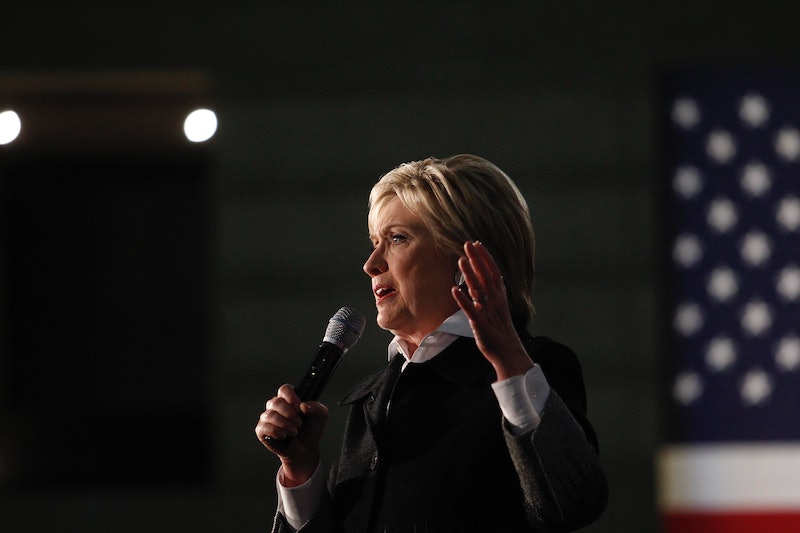 The latest Democratic debate took place on Wednesday night, and the Univision-hosted event's overarching theme was immigration as well as the many issues facing Latin Americans in the nation today. Moderators Jorge Ramos and Maria Salinas were masterful in asking difficult questions to candidates that certainly caused Hillary Clinton and Bernie Sanders a bit of discomfort. "Hispandering" was brought up at the Democratic debate, with Salinas questioning Clinton on whether or not she was unduly catering to Latin voters while flip-flopping on her policies and potentially not being forthright.

Hispandering has been a criticism lobbed against the candidate before the Miami Dade College debate. Her views on deportation appear to have moved more left over the course of the election season, with Clinton acquiescing to allowing for more paths to citizenship as well as reversing her stance on granting driver's licenses to undocumented workers. In less of a policy issue and more of a political gaff, she recently came under fire for a blog post on her campaign website entitled "7 ways Hillary Clinton is just like your abuela." It's tone deaf actions like these that alienate rather endear the former Secretary of State from Latin voters. Needless to say, many have been rather apprehensive about what Clinton has to say when it comes to important issues facing the Latin community.

"In 2003, I sponsored the DREAMer Act. I sponsored it I think in every Congress after that," Clinton began her answer after expressing a bit of shock at the question. She went on to call out Sanders for not supporting similar legislation. Clinton failed to directly address the question at hand on whether or not her views have changed. Though it appears that they have, she instead failed to address the fact. The frontrunner took the time allotted to answer by waxing poetic on a world in which the amnesty bill that Sanders didn't vote on in 2007 had passed, marveling at the lost progress that may have been missed.

Clinton certainly can't dodge the question of whether or not she's "hispandering" or altering her policies so long as Ramos and Salinas continue to hammer home the importance of addressing immigration head-on rather than deflecting the subject. During a commercial break, Fusion displayed social media data suggesting that immigration was one of the top three issues on the minds of viewers. Were Clinton to transparently answer and detail her immigration policies, the question of "hispandering" would hopefully be firmly in the past and something she could move forward from.