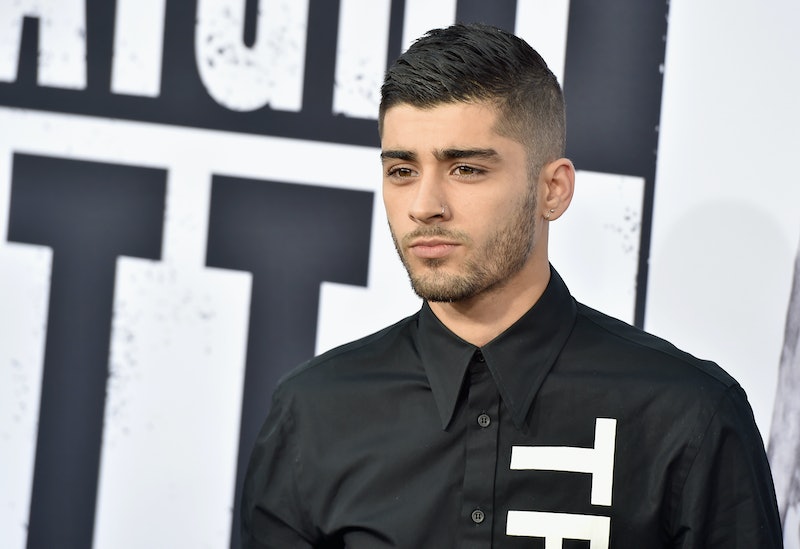 I am a pretty big One Direction fan and was thrown into a tizzy when Zayn Malik left the band, but I am also eagerly awaiting the upcoming March 25 release of Malik's Mind of Mind, his debut album as a solo singer. The 23-year-old promised that his personal music would be a lot darker than his work with 1D, and he hasn't yet disappointed fans with the release of the sexy "Pillowtalk" and super haunting "It's You." In anticipation of the album release, Malik has released another single, "Like I Would," and after listening to the song, I couldn't help but wonder who "Like I Would" is about.

His previous song "It's You" and its lyrics about the end of a relationship, led many fans to speculate that the song was written about Malik's ex-fiancée, Perrie Edwards. This would certainly make sense, considering that Malik left One Direction in March 2015 and split from Edwards in August of the same year. In his first solo on camera interview with Zane Lowe's Beats 1 radio show, Malik said of writing his new music, “It was a form of therapy for me, and it did help me get through some sh*t.”

It's safe to say that we can expect even more personal songs from the singer on Mind of Mine, especially about his relationship with Edwards. Listening to the lyrics of "Like I Would," he is definitely singing about the end of a relationship, and the process of him looking back in regret, while also trying to get over the past. In the first verse, Malik sings:

This could have been written in the few months following their breakup, when the wound was still fresh and Edwards, according to Hollywood Life, was keen on quickly moving on. The chorus echoes the sentiment of a man who is full of regret and loss, who might be aware of a new person in the picture.

If this song is, in fact, written about Edwards, it could be about the way Malik felt when he saw her out with someone else, possibly the time she was photographed with model Leon King back in December. He sings:

Considering Edwards was Malik's fiancée and they were together for nearly four years, their relationship will almost certainly be a huge source of inspiration throughout Mind of Mine. So far, his new tracks have shown that Malik is ready to open up and reveal his true self, and if they're as dynamic as the songs released so far, we are in for a wild and personal ride.