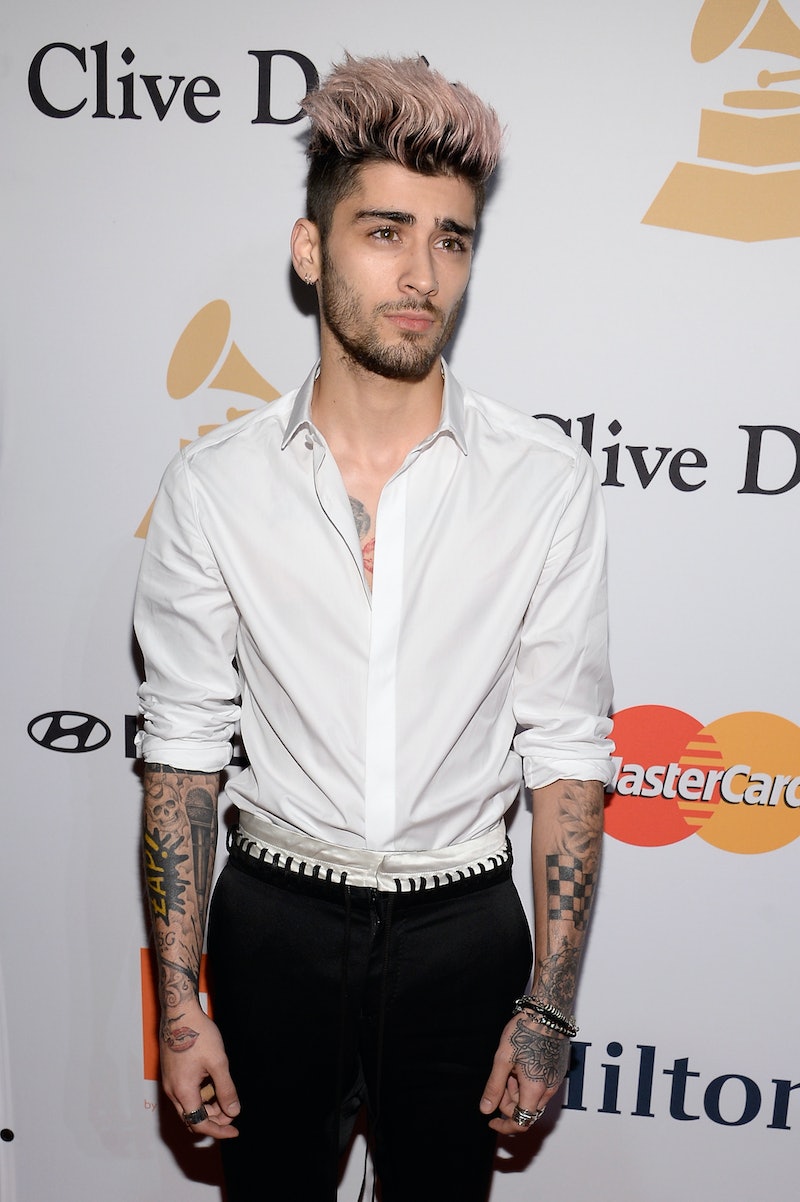 With the release date of Zayn Malik's debut album Mind Of Mine imminent, excitement is growing for what the full album will sound like. The latest song to drop from the forthcoming album is called "Like I Would" and it showcases quite a different sound to previous songs "Pillowtalk" and "It's You." Malik has been spotted in Manchester, U.K. shooting the video for his new single, which is a much more upbeat dance track than the previous songs we've heard from the album. It's a definite departure from his One Direction days, and sees him channeling a sound much closer to Drake or The Weeknd. But what is "Like I Would" about?

"Like I Would" has a retro vibe, and its subject matter straddles similar ground to the other songs we've heard so far from Mind Of Mine. It seems likely that much of Zayn Malik's debut album will discuss relationships and break-ups, meaning we'll probably be speculating as to whether all of the songs are about ex Perrie Edwards. Malik has definitely been inspired by real-life events, and the fact that he's shooting the music video in the U.K. shows a return to his roots with this song. So what do the lyrics of "Like I Would" mean?

"Like I Would" starts out like a letter or a message to a former lover. Having just thought about them, Malik decides to get in touch. Even though he doesn't usually like talking, now is the moment he wants to say something, while he's "lighting up." Naughty Zayn Malik.

Hey what's up, it's been a while Talking 'bout it's not my style Thought I'd see what's up While I'm lighting up

Once the conversation's started, it doesn't take the singer long to address the elephant in the room. The person he's addressing has already moved on, is ready to go and, in his eyes, is "cold-hearted." But having seen their face, perhaps on the Internet or in a magazine if they're famous, Malik is ready to speak to them.

Malik even addresses the fact that there is no hope of going back, and that whatever he says will likely be wrong in some way.

It's probably gonna sound wrong Promise it won't last long... If we can never go back Thought you'd like to know that

But what the former 1D member really wants to say is that no one will ever replace him. I'm sure fans of Malik will agree with him here, although, looking at the lyrics closely, they could be seen as a little creepy. For instance, lines like "He won't love you like I would" are akin to vicious ex-lover tirades, when you're intent on making the other person feel as though they can never do better. I'll leave it to you to decide whether or not Zayn Malik is being creepy or romantic here.

The second verse continues the theme of a wronged lover trying to get over their heartbreak. Gradually, it looks as though there's some respite from the pain of the end of the relationship, and the singer is ready to let go.

Been thinkin' it over, but I'm through So stop wasting all my time, messing with my mind It's cold-hearted, cold-hearted

The fact that "LIke I Would" is such a different sound to Zayn Malik's previous releases is a really good sign, and gives us a clue as to what Mind of Mine will sound like as a whole. While you wait for the album to be released on March 25, listen to the song in full now.