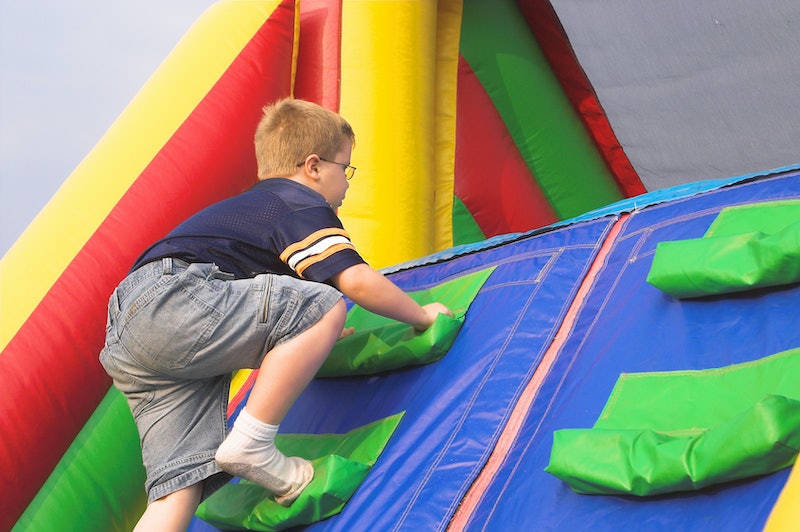 We’ve probably all encountered at least one or two things in our lifetimes that we’re sort of obsessed with… and yet, we really can’t explain why we’re so obsessed with them. Such is the nature of these bizarre fascinations all '90s kids had: We loved these things so, so much… but why? Why did we care so much about being able to wear our dessert? It’s anyone’s guess; I’m willing to bet that most of us still haven’t figured it out. And that's OK.

I realize that the phrase “bizarre fascination” is open to interpretation, so, let’s start with a definition: For the purposes of this particular article, when I say “bizarre fascination,” what I mean is “some kind of wacky trend we were utterly obsessed with that we later realized was actually pretty inexplicable.” Not that it means they were bad (with the exception of one, which you’ll probably know when you get to it) — they’re just… a little unusual, and the distance of a couple of decades highlights their strangeness. Obviously, something being strange, though, doesn’t mean you can’t still love it, so if you have a soft spot for these things, embrace it.

Except for the aforementioned exception. That one’s not really OK, but since the '90s weren’t all sunshine and unicorns, I think it’s important to address. Just sayin’.

I mean, yeah, having an imaginary pet has been a time-honored childhood tradition for years — centuries, even — but in the '90s, we really took it to the next level. We had Beanie Babies for the inanimate version, Tamagotchis for the seemingly sentient one, and by the time the early 2000s rolled around, we had Furbies bringing a truly WTF quality to the whole thing.

Stickers. Markers. Crayons. Dolls. If it smelled like something other than what it was, we were all over it.

I suspect we have the Ninja Turtles to blame for this one; in their wake came Street Sharks, Biker Mice from Mars, the Mighty Ducks cartoon show that had absolutely nothing to do with the movies, and more. Beyond the ones inspired by the Turtles, though, we also had the Disney pantheon: Tail Spin, Darkwing Duck, and so on. Good times.

4. Obstacle Courses With A Twist

The wackier, the better — especially if they were Nickelodeon creations. Whether you dug the seriousness of the Agro Crag, the messiness of Double Dare, or story-driven and super stressful Hidden Temple (seriously, though, what was up with those temple guards?), there was something for everyone.

Heck, I’m still bizarrely fascinated with Justin Timberlake’s noodle hair. Exactly how one coaxes one’s locks into such an eerily accurate (if accidental) recreation of instant ramen is one of the great mysteries of life.

So much cultural appropriation. Between plastering yin-yangs on everything and thinking that bindis were really cool fashion statements… well, let’s just say that we were not at our most woke (wokest?) in the '90s.

I still don’t get it.

We couldn’t exactly use our milky pens to sign legal documents, and carrying your portfolio and resume in a Lisa Frank folder wasn’t the most professional thing to do… but gosh darn it, they were fun.

Not that, y'know, most of us were doing much legal document signing or resume-building when we were kids, but... yeah.

I still think that EZ Squirt — that line of “ketchup for kids” that came in colors like green and purple — is probably the best example of this trend in action, but of course there were many, many more.

And while we’re thinking about food, there’s also…

Ring Pops could be worn on a finger and allowed you to pretend you were in The Godfather. Push Pops had a little clip so you could… I don’t know, stash it on your belt or something. Candy necklaces were huge, even though they tasted gross. Seriously, you guys. Why were we so interested in wearing our sweets?

LA Lights, Reebok Pumps, take your pick. I suppose this one never went of style, though; later generations had things like Heelys.

To be fair, we really only became bizarrely fascinated with the jazz cup pattern later on in life; it was actually kind of unremarkable when we were kids. Now, though? It’s a whole Thing. With a capital T.

And, really, most early examples of Internet phenomena. I would argue that the Hamster Dance falls under this category, too.

Fun fact: According to Know Your Meme, the original dancing baby file was developed by Michael Girard and Robert Lurye and released in the fall of 1996. It was part of Character Studio, a piece of software geared towards 3D character animation. Web developer John Woodell then created the GIF of the file we all know and love (or maybe hate, depending on your point of view), and by the time Ally McBeal happened… well, you know how it goes.

We baby-fied candy in the form of those sugary baby bottle and pacifier sweets. We baby-fied watches with the Baby G. We baby-fied grown women with Baby Spice. We may not have grown entirely beyond this terrible, terrible habit in recent years… but at least we’re not always as overt about it now. We’re making progress. I think.