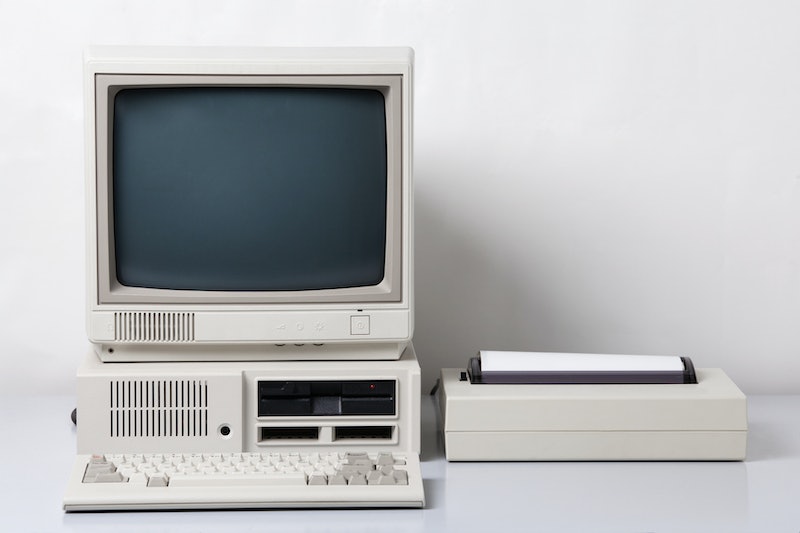 This might sound kind of odd coming from someone who fondly (and publicly — hi there, Internet!) reminisces about the ‘90s as frequently as I do, but I’ll just go out and say it: Sometimes, '90s nostalgia can be really overrated. The same is true of pretty much all nostalgia, so I’m not just attacking one decade here; however, due to the fact that kids who grew up in the ’90s are also the first generation to have the online world be such a huge part of their overall experience, I would argue that we tend to indulge in it a little more than we probably should. Being able to Google “’90s life goals” and having over 15 million results pop up (true story) is both a blessing and a curse.

At the heart of that feeling of nostalgia is something called rosy introspection — that is, our tendency to think back on past times by focusing on the good memories and inhibiting the bad ones. It’s an understandable habit; calling up bad memories also calls up how we felt at the time the memories were made, and no one likes to feel embarrassed or hurt by something that’s already happened — something they can’t change. The trouble, though, is that if we view the world only through these rose colored glasses, we deny huge swathes of our life experiences: We’re effectively sticking our fingers in our ears in the face of uncomfortableness and going, “LA LA LA, I CAN’T HEAR YOU.” And that? Is not so good.

So, in the spirit of bringing us wild ‘90s enthusiasts back down to earth a little, here are five reasons ‘90s nostalgia isn’t all it’s cracked up to be. This isn’t to say that you can never indulge in a little memory recall; it’s just a reminder to spend some time living in the present, too.

John Devore pointed this out over at Cracked in November of 2014, but it bears repeating: When we recall the trappings of the ‘90s, we’re often just remembering how those trappings were marketed. It’s why we get a kick out of watching old commercials (or GIFs made from old commercials) — they made everything seem way more fun in theory than it actually was in practice. Because, I mean, let’s face it: None of us actually played Crossfire in an epic, futuristic stadium (that was literally on fire) with lightning bolts flashing in the background.

2. ‘90s Technology Would Not Cut It In Today’s World

I know retro technology is super hot right now, but there’s an interesting trend to observe if you look closely at it: Most of the older tech that’s making a resurgence are things like video games — that is, things that we enjoy, but which aren’t essential to functioning in today’s high tech world. Just imagine trying to do your job as it exists now via the dial-up Internet of yesterday. Scary, no?

3. Too Much Nostalgia Brushes Over The Problematic Aspects Of The Decade

Sure, there were plenty of bright moments — third wave feminism happened, we had plenty of terrific cartoon role models, and the national treasure that is Topanga Lawrence taught us everything we needed to know about... well, pretty much everything — but it wasn’t all sunshine and roses. As Bustle’s Gabrielle Moss recently pointed out, for example, just look at the way the media treated Monica Lewinsky. Or look at some of the intensely problematic language we used as playful slang. Or any number of other incidents, occurrences, and trends. Lots of good things may have happened during the ‘90s, but to focus only on the good things ignores the not-so-good things — and if we pretend our mistakes don’t exist, how are we ever going to learn?

They just weren’t. I mean, they were basically just cheese and crackers dressed up in a fancy outfit. Heck, even the pizza ones consisted of little more than a carb-laden hockey puck topped with questionable tomato sauce and a few sad little shreds of cheese. Seriously, you guys. The gimmick is the only thing Lunchables had going for them.

5. There’s A Reason We Grow Up And Move On

While I firmly believe that there’s little point in being an adult if you can’t be a kid every now and again, I also firmly believe in, y’know, actual adulting.

I suspect that one of the reasons we so frequently indulge in nostalgia for the eras in which we grew up — whether that’s the ‘90s, the ‘80s, or the ‘50s — is because, as children, we typically had no responsibilities. Society does not expect children to be able to pay their rent, or go to work every day, or figure out what the heck is going on with their insurance, or any of the millions of other things that make up an independent life; that’s what parents or guardians are for (well, part of what parents or guardians are for, at least). Remember the books you used to read, or the things you used to eat, or the toys you used to play with during a time when you were largely taken care of by other people can give us solace when we’re feeling overwhelmed with needing to take care of ourselves.

But we can’t stay children forever. I don’t believe that you have to hit certain “markers” to qualify as an adult — whether or not you’re a property owner, or married, or partnered at all, do not determine how “grown up” you are — but I do believe that taking responsibility for yourself, rather than continuing to make yourself someone else’s responsibility, is one of the key elements of adulthood. In short: Nostalgia can be good for the soul, but don’t let it rule your life. Rule your own life instead.