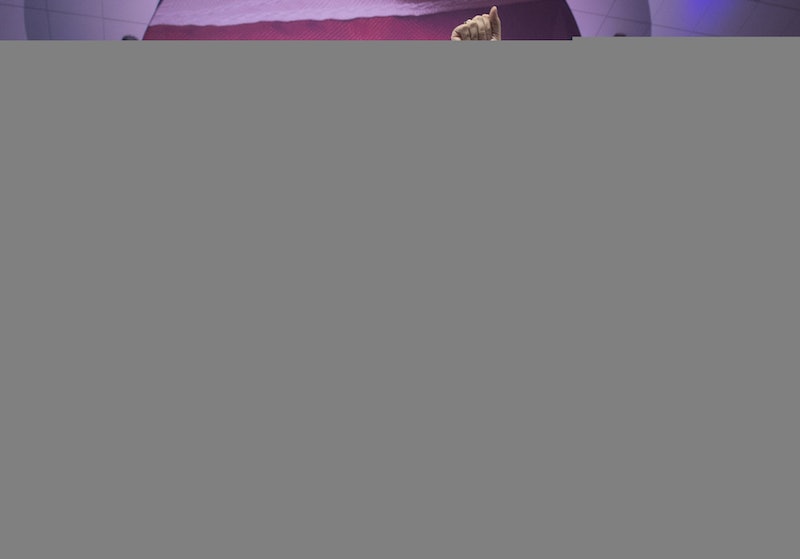 Thursday night's GOP debate at the University of Miami marked a major turning point for candidates as they look to gain not just the attention of nationwide voters but viewers in the Sunshine State. With the Florida GOP Primary less than a week away, the event was a proving ground of sorts as candidates seek to emerge victorious in an important winner-take-all state that boasts the most delegates to be awarded that day. It was at this debate that Ted Cruz firmly emerged as the Republicans' last hope for an establishment candidate to legitimately challenge front-runner Donald Trump. Ted Cruz's closing statements were inspired, surprisingly lighthearted and comical, and may very well help him to win Florida and the many primaries and caucuses occurring on Super Tuesday 3.

Cruz and Trump were no strangers to the war of words they'd perpetuated onstage in Miami. The previous debate, Trump had taken to calling the Texas senator "Lyen [sic] Ted" and has been consistently mocking him since. Cruz's response has been to treat the Donald like the child he appears to be when engaging in rather infantile verbal attacks with no bearing on political views or voting records. The candidate was once again able to narrowly sidestep any mudslinging in favor of seriously stumping for himself. Cruz appeared to insinuate that the very future of the Republican party is dependent upon the GOP rallying behind him, which certainly shone through in his final remarks.

To be fair, the Thursday night event appeared far more subdued than previous debates. Cruz, for his part, was especially emotional when it came to giving his final statements in what will be the last GOP debate of the primary season. He was also able to make a subtle jab against Trump, in what appeared to be the most comical moment of the night. Cruz said:

I have to tell you I cannot wait to stand on that stage with Hillary Clinton and say, 'Madame Secretary, you are asking for a third time of a failed administration. You are asking for millions more to remain in stagnant jobs. For millions more steel workers to be out of work, for wages to remain low, for young people not to have a future. We can do better. We can instead repeal Obamacare, abolish the IRS, unleash millions of jobs, defend the Bill of Rights, defend the Second Amendment and religious liberty, and stand with our cops and our firefighters and our soldiers and we can keep America safe.' That's the choice I will put to her this fall.

Cruz is already looking ahead towards a future in which he is leading the Republican party against a presumed Democratic nominee: Hillary Clinton. As he swiftly and emphatically detailed his policies and challenged Clinton in his closing statements, audience fervor mounted and Cruz appeared to be riding high on his last chance at addressing the American public in a debate setting. His overarching success remains to be seen. Even if Cruz fails to nab the nomination, the theatrics behind his closing statement certainly show that he's been enjoying himself on the campaign trail.