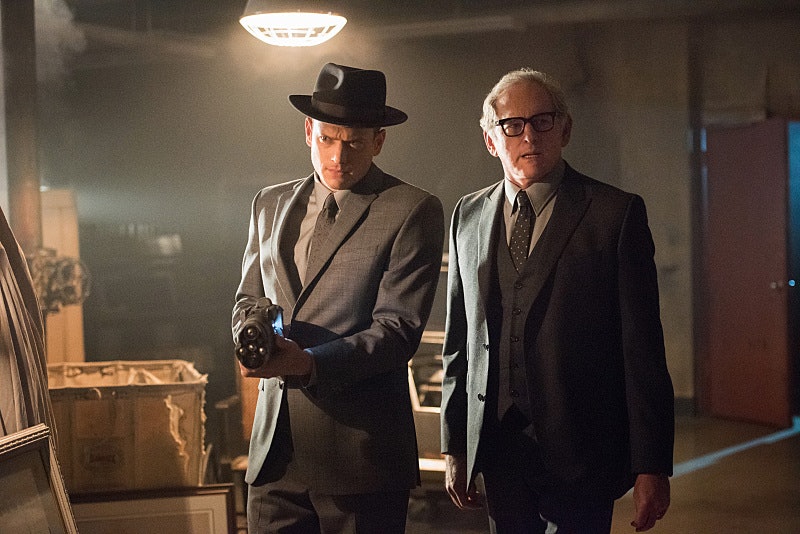 How much does it even pay to be a time-traveling bounty hunter? Does the insurance plan cover dental? These are the type of things that plague my mind late at night. (No judgements please.) Either way, it must be a relatively good gig, considering how dedicated this Chronos dude appears to be with his assigned task. Just before our Legends were gearing up to take off to another place (and time), Chronos appeared and hijacked the Waverider on Legends of Tomorrow . But just in case that alone isn't rude enough, he did this without the full team onboard, which means Kendra, Ray, and Sara are stranded in 1958 with no means of escape. And given how racist and intolerant this era proved to be, it's not exactly the ideal place anyone would want to be abandoned.

Now, of course, I'm sure Rip will go back and retrieve them as soon as they're able to regain control of the ship, but as long as Chronos is in charge, those three are going to be stuck in the 1950s for who knows how long. What I'm really curious about, though, is whether or not Chronos meant to leave anyone behind. His objective is to bring Rip Hunter back to the Time Masters as punishment for going rogue, but I doubt that he supposed to leave people in the past where they didn't belong. I mean, isn't it kind of a Time Master's job to protect time? I can't imagine they'll be pleased with his reckless behavior since their mere presence there could alter the course of history, depending upon what they end up changing. It just seems like careless behavior to me.

And while we're on the subject, does anyone else find it odd that we've never seen Chronos' face? It's always hidden underneath his helmet gear. Is this just simply part of his wardrobe or do the writers not want us to know Chronos' true identity yet. Is it possible that this could be someone that Rip knows? Is it possible that this is a past or future version of Rip himself? When we're dealing with Time Masters there's no telling what kind of surprises they could pull out of their TARDIS. I mean... hat.

Either way, it's imperative that Rip regain control of his ship ASAP. Because if we've learned anything about this dynamic group of Legends, they're at their strongest when they're all together.