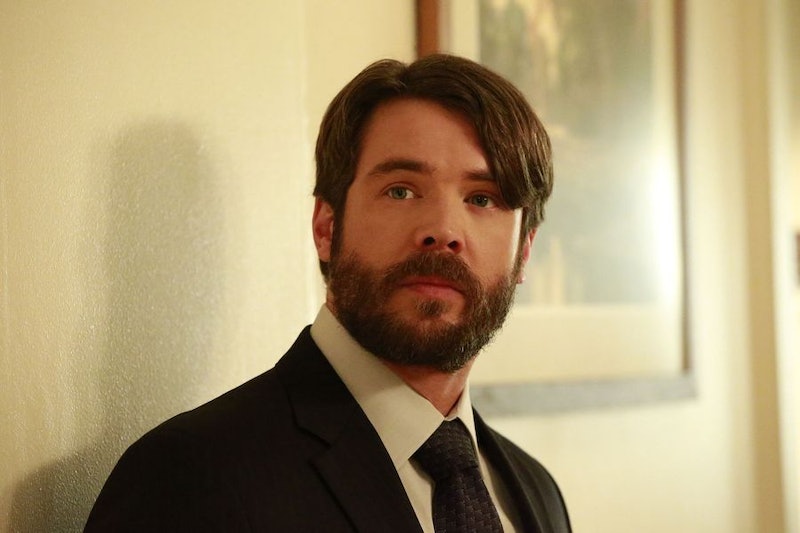 If you’ve been watching the show from the beginning, you’ll know that the big favor that Frank did for Sam was killing Lila, the pregnant co-ed that Sam was having an affair with. What kind of dirt did Sam have on Frank that he could coerce Frank into strangling his pregnant mistress and leaving her body in a water tank? Well, it’s hard to say, and all Frank will say about the situation is that he owed Sam a favor. It’s one hell of a favor. In the flashbacks, it’s hard to picture Frank as having done anything wrong. He’s so clean cut! He’s so normal! He barely hits on women, which is a turn from his Lothario (except when it comes to Laurel) habits. Whatever the favor is, Sam is responsible for turning Frank into the monster (albeit a very hot monster) that he is today.

So what could it be? Frank could have a criminal record that would keep him from practicing law, or maybe he cheated on his entrance exams to law school and Sam knew about it. Most likely, though, is that Frank needed to hide something from Annalise and Sam helped him with a secret. Annalise probably wouldn’t care about the lying or the cheating, so it has to be something major against her specifically that Frank owed Sam for. Whatever it is, it has to be big.