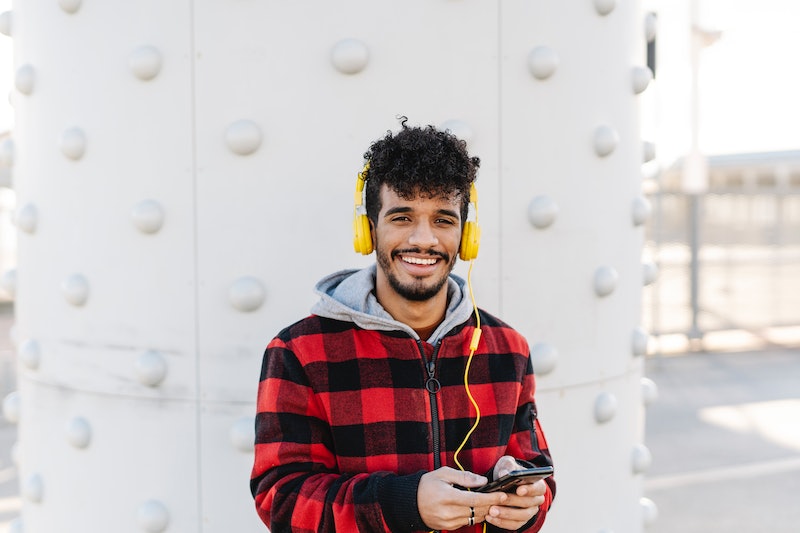 An open letter addressed to "ladies" from an anonymous man has been posted all around what is likely Toronto (though the location hasn't been confirmed) and is making its way around the Internet. What's remarkable about this letter is that it contains all the textbook signs of Nice Guy Syndrome: A man describes in benevolently sexist terms why he's so nice, puts down other men for not being "nice," puts down women for choosing these men over him, blames women for having very rational trust issues, and implies that these women have wronged him for not dating him. And, perhaps most characteristically, he describes himself as one of "the good guys" — which is almost always a surefire sign that a guy is not actually good.

"Nice Guy Syndrome" is a term used around the Internet to describe men who believe they are entitled to women because they're "nice guys." According to the Geek Feminism wiki, "The terms Nice Guy™ and Nice Guy syndrome are used to describe men who view themselves as prototypical 'nice guys,' but whose 'nice deeds' are in reality only motivated by attempts to passively please women into a relationship and/or sex." So, basically, it describes the dude behind this PSA:

Though there might be hints of these attitudes in some people who aren't men, they typically manifest in men due to societal roles that say women belong to them. For example, women are often depicted as prizes at the end of video games after male characters complete obstacles or at the end of movies after male protagonists wait patiently in the "friend zone."

But how do you know when you've encountered Nice Guy Syndrome and when you've just met a genuinely sweet, shy dude who has a bit of trouble in his love life? Here are a few tell-tale characteristics of a Nice Guy™:

1. He Makes Rejection A Moral Issue

Getting bummed out about rejection is totally normal for people of all genders. It's even normal and healthy to complain about your rejections to your friends. What's not healthy is to behave as if you've wronged someone by turning down a date or sex. Whether or not you want to date someone is beyond your control. It's just not a moral issue. Even if a Nice Guy™ doesn't overtly say it was wrong for you to reject him, guilting you, trying to change your mind, and letting you know exactly how much you've hurt him can all have the same effect. Yes, rejection hurts, and that's not gender-specific. But a situation can be shitty without being anybody's fault.

2. He Touts His Own Kindness

There's nothing wrong with being kind, obviously, but when somebody goes on and on about how nice they are, you have to wonder why they need everyone to know that. Being nice should be for its own sake, not so that women will date you or sleep with you as a result. Touting your kindness in opposition to other men also implies that men in general are not kind, which puts men down and maintains a system in which masculinity means degrading and using women.

When women are distrustful of men, it's often because men have harassed and mistreated them. Yes, #NotAllMen do this, but women don't automatically know which men are responsible for sexism, so it's understandable that women would be wary of men — or people — in general. When women are reluctant to talk to a stranger, it's not because they're just being stuck-up bitches; it's because they've had experiences that make them wary. Even if you're not responsible for these experiences, you should understand that women are just being rational by basing their decisions on them.

4. He Puts Down Other Men

Men with Nice Guy Syndrome like to think that they're the exception for being nice. But treating women like people doesn't make you special; it just makes you a decent human being. Plenty of men will treat women kindly, but Nice Guys like to think that behaving kindly earns them a gold star. It doesn't. The real nice guys are those who treat people nicely without expecting any acknowledgement in return.

5. He Views Dating As A Meritocracy

You don't have to be an equal-opportunity dater. Nobody accumulates kindness points that then add up to sex or dating. Even if somebody is a great guy who treats you well, you don't have to date him. That's like saying that just because a shirt fits really well, you should wear it as pants. Just because someone's a really good friend doesn't mean they're a good boyfriend for you. Certain people fit different roles in your life, and that's not wrong. Self-described "nice guys" might claim that being nice entitles them to a relationship, but true kindness is given without any expectations.