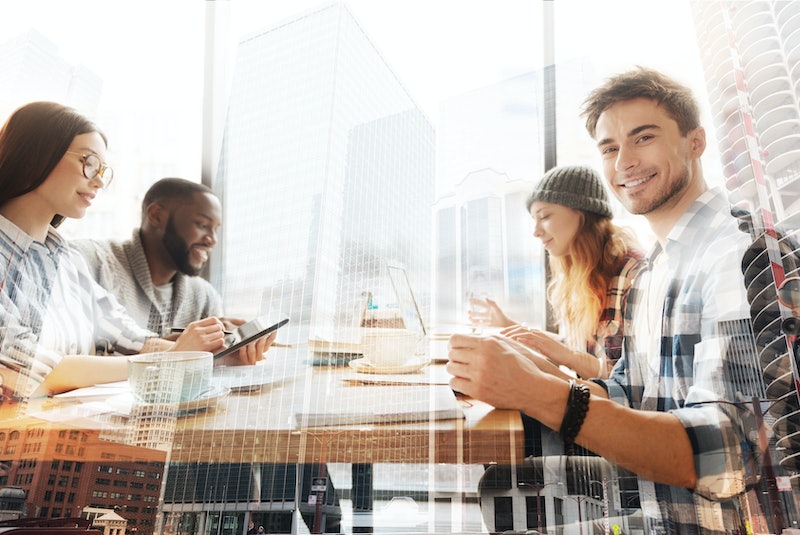 Since we live in a society where sexism is the norm, it might seem logical to tip our hats to people who resist the status quo and aren't sexist. There's a problem with that attitude, though: When we valorize people as heroes for behaviors that should be considered human decency, we send the message that we shouldn't expect these common courtesies from everyone. And when we consider decency a bonus, we end up letting indecent behaviors slide.

A recent Onion article, for example, highlights one behavior men are too often praised for: Not raping women. "Sources confirmed Friday that local man Thomas Lowell had been a 'perfect gentleman' the night before by not assaulting 25-year-old Leah Pace while she was inebriated," reads the article, hilariously titled "Perfect Gentleman Does Not Assault Drunk Woman." This article was not only funny, but also all too real.

I remember watching the movieThe Fish Tank on a date, and during a scene where a man puts his girlfriend's passed-out 15-year-old daughter to bed without assaulting her, my date turned to me and said, "Oh, he's a really nice guy!" The fact that this same date later tried to push my own physical boundaries probably shouldn't be surprising. When you believe that men who respect women's boundaries are "nice guys," it's easy to believe that men who don't are just guys — and that belief isn't helping anyone. In fact, it's actively harming everyone.

Not raping women is one of several behaviors that we need to stop distributing gold stars for — real or metaphorical — if we consider them a minimum standard for human behavior. Here are a few more things we should stop patting people on the back for and start expecting from them.

1. Being Friends With Women

Anyone who has come into contact with Nice Guy Syndrome knows this trick: Some men will befriend women with the expectation that, if they offer them their friendship, they will in turn get a romantic relationship out of it. When they don't get it, they complain that all this time, they've been these women's confidants and let them date other men and never tried anything sexual with them. But here's the thing: No matter what gender you are or what your preferences are, being friends with a woman is not a noble act — especially if the friendship is predicated on the assumption that a woman owes you something.

2. Being Friends With People Of Color

"But I have black friends!" has become a popular defense used by white people who want to prove they're not racist. But having friends of color doesn't make you some sort of activist. In fact, given that 37 percent of the country is not white, there's probably an issue if you're only friends with white people. There's also a huge issue with using your friends of color to prove how not-racist you are. Those friendships should just be the norm.

PR teams love to talk about their companies' diversity initiatives and tout how many women engineers or minority scientists they have. Yet the companies that do this often have above average but still subpar numbers of women and people of color. If your software company's coders are one-third women instead of the usual one-sixth, that's a reason to keep trying to increase that number — not to brag about it as it stands. The fact that other companies are doing a worse job does not mean yours is doing a good job.

4. Including Someone With A Disability

"Promposals" to people with disabilities are frequently celebrated across the Internet as gestures of inclusion. Of course a sweet promposal is adorable — but in what other situation is it ever OK to suggest you are practicing an act of kindness simply by asking someone to prom? If you feel you are doing someone a favor by spending time with them because of their ability status, appearance, race, class, or anything else, you may not actually doing them a favor. You're just insulting them by suggesting that people would not actually want to include them because of who they are. Inclusiveness needs to exist for its own sake — not because we're given brownie points when we practice it.

Women are often expected to be the primary caretakers in their families, while men are praised for devoting any time at all to their kids. This praise fosters the idea that childcare is optional for men and mandatory for women. One father told The Atlantic that people frequently tell him he's "babysitting" when he watches his children. This same attitude is displayed with household duties — men who do chores are doing their wives favors, while women are just doing their jobs (frequently on top of the wage-earning jobs they already have). When we consider men who carry out these stereotypically "feminine" tasks praiseworthy, we detract from efforts to make an equal division of household labor mandatory.

Even though it's not the norm for people, especially men, to identify as feminists, it should be — because feminism means believing in gender equality, and if you don't, well, you're kind of a jerk. Yet, as the Tumblr "Male Feminists of Tinder" points out, it's common for men to tout their "feminist" label in order to let potential dates know how respectful they are. Citing the fact that you're not a sexist as a positive trait perpetuates a world where being sexist isn't considered a negative one — and that's a world where sexist acts are accepted.