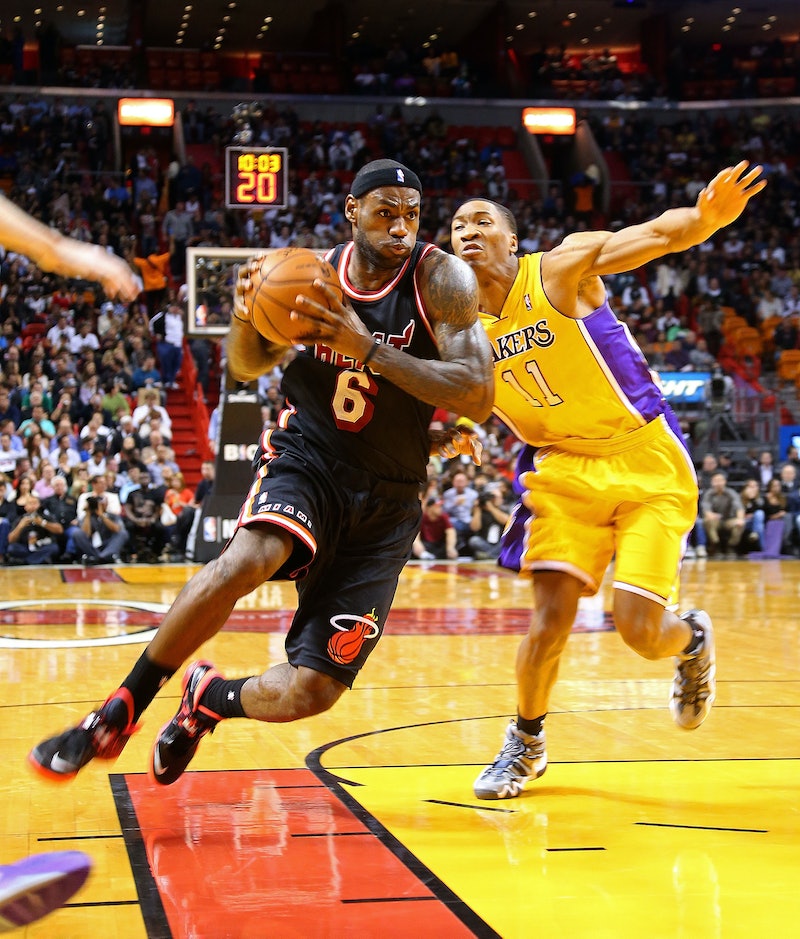 While LeBron James’s basketball future may yet be uncertain, it looks as if the sports legend has already found a home in Hollywood. Today, Starz officially greenlit Survivor’s Remorse , a half-hour scripted comedy series co-executive produced by James, promising six episodes to premiere this fall. The show will center on an early-20s basketball player who rockets to fame and fortune after signing a pro team contract—a tale not unfamiliar to those who know James’s backstory. Other notable behind-the-scenes names include James’s childhood friend and current manager Maverick Carter, and Mike O’Malley, who pens Showtime’s longstanding William H. Macy vehicle Shameless—and, perhaps most notably, who also plays the Emmy-nominated role of Kurt Hummel’s dad on Glee.

Though the show has been generating buzz since September, Starz prioritized its production after pulling out of the series Fortitude , a collaboration with British network Sky Atlantic, this past December, reportedly due to scheduling conflicts in production. Schedules aside, the network's choice seems wise: Sure, the premise of Fortitude sounds perfectly entertaining—a mysterious murder rocks once-peaceful town!—but when it comes down to it, we’ve all seen that show before. (Twin Peaks, anyone?)

However, in all of cabledom, the “basketball sitcom” market remains essentially uncornered. Other similarly formatted shows—FX’s The League, Aaron Sorkin’s ye olde TV debut Sports Night—focus more on the fandom, while athletics-centric heavy-hitter Friday Night Lights is a long-form drama. So, while HBO’s latest addition, Looking , continues the 20-something minutiae and washed-out hues of its favorite Girls, Starz’s foray into the world of sports offers a fresh addition to next fall’s on-demand roster. Maybe James can even win back a fan or two in Cleveland.