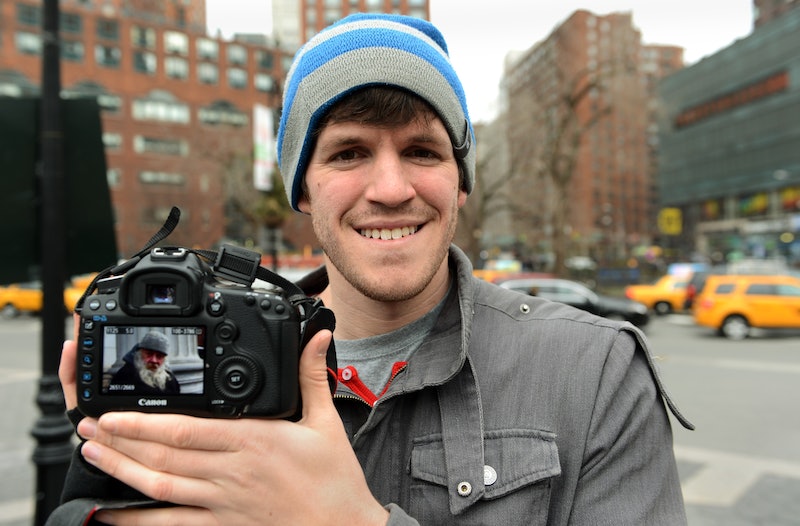 In a Facebook post, Brandon Stanton, the photographer behind the famous Humans Of New York (HONY) blog, wrote an open letter that publicly opposed Donald Trump. The letter appeared on the official HONY Facebook page and Stanton discussed his reasons for rejecting Trump, someone he believes encourages violence and hate.

An Open Letter to Donald Trump:

I try my hardest not to be political. I've refused to interview several of your fellow candidates. I didn't want to risk any personal goodwill by appearing to take sides in a contentious election. I thought: "Maybe the timing is not right." But I realize now that there is no correct time to oppose violence and prejudice. The time is always now. Because along with millions of Americans, I've come to realize that opposing you is no longer a political decision. It is a moral one.

I am a journalist, Mr. Trump. And over the last two years I have conducted extensive interviews with hundreds of Muslims, chosen at random, on the streets of Iran, Iraq, and Pakistan. I've also interviewed hundreds of Syrian and Iraqi refugees across seven different countries. And I can confirm— the hateful one is you.

Those of us who have been paying attention will not allow you to rebrand yourself. You are not a "unifier." You are not "presidential." You are not a "victim" of the very anger that you've joyfully enflamed for months. You are a man who has encouraged prejudice and violence in the pursuit of personal power. And though your words will no doubt change over the next few months, you will always remain who you are.

In his letter, Stanton writes how he has tried to remain unbiased in this election and rejects the idea of giving into this "contentious election." However, after he witnessed the Republican presidential frontrunner incite and spread hate all over the country, Stanton's letter shows he couldn't keep silent any longer.

As a journalist who has traveled extensively and interviewed people from all walks of life, Stanton has undeniably seen the beauty in people all over the world. This perspective that many people should be loved and celebrated — even those in Iran, Iraq, and Pakistan, as Stanton mentions in his letter — is in direct contrast to Trump's xenophobic views. Trump has called Mexicans rapists, stated that Islam hates America, and made unspeakable remarks about women.

As he continues to gain momentum in this presidential election, the power of Trump's hate becomes more evident. Protests and physical violence broke out at a Trump rally in Chicago over the weekend, and the event was canceled because of perceived security issues. Stanton's letter is a powerful call to action for those around the U.S. to stand up and speak out against the hate and divisiveness that Trump has encouraged among Americans.

People have started to support Stanton and his open letter opposing Trump on Twitter, and it's great to see that there are still many people who will not sit silently as Trump tries to divide our country.