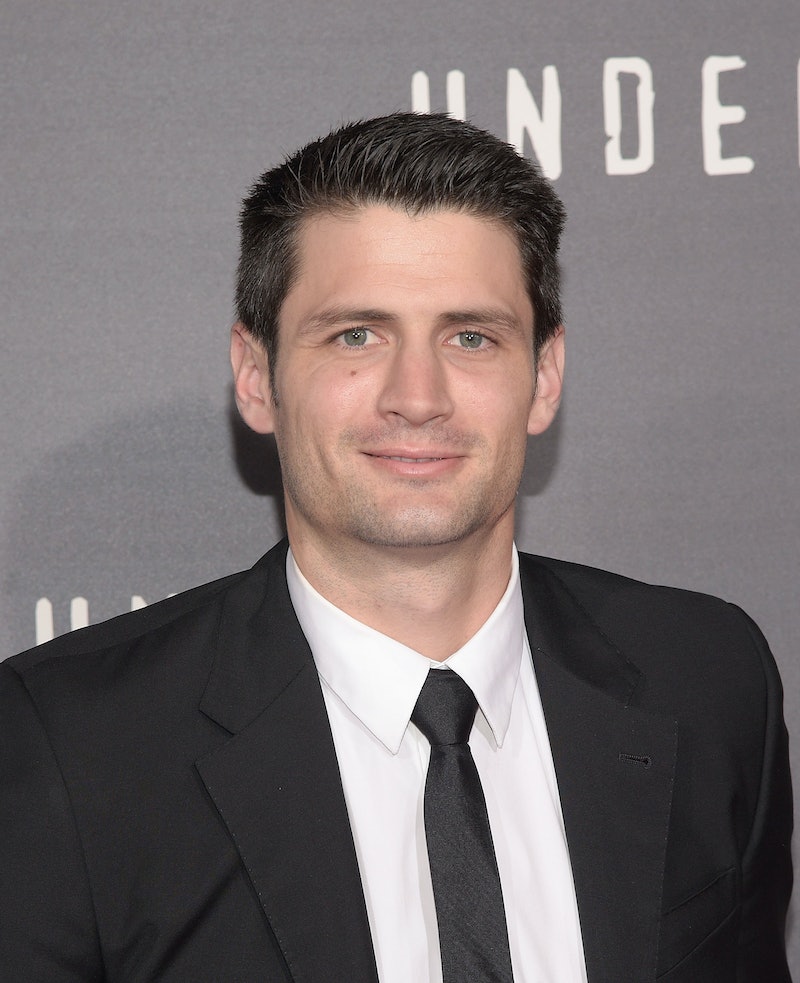 If you were a fan of One Tree Hill, then there's no doubt you were also a huge fan of Nathan Scott. Yes, he started out as the villain of the still adored CW series, but Nathan quickly made up for the bitter taste he left in your mouth as the selfish and rich half-brother of Lucas Scott. It was a sad day when OTH ended, but at least most of the cast is still part of the acting world, including the actor who brought Nathan to life. Speaking of, what is James Lafferty up to now? While chatting with Bustle over the phone, Lafferty makes clear that he is so much more than Nathan Scott these days.

For example, you can catch him in the 2015 indie film Waffle Street (available on VOD March 15), which is based on James Adams' 2010 memoir of the same name. Both the film and the book tell the story of Jimmy Adams (who Lafferty plays), a formerly wealthy hedge-fund financier who gets fired and sets out on a journey to find his next passion in life. Eventually, Jimmy ends up working at a local 24-hour chicken and waffles diner, where he not only learns about the restaurant business, but also discovers quite a bit about himself. The latter is what makes the film so inspiring, and Lafferty agrees.

Not only does the 30-year-old actor appreciate the way Jimmy "reinvented himself and reinvented his definition of success," but he also admires how Jimmy ended up where he is today. "It was pretty brave and also kind of hilarious that he put himself in that situation," Lafferty says. "Then, he came away from it with so much, which was pretty inspiring."

What's also inspiring is that Waffle Street is a different type of film for Lafferty. Playing someone who is extremely intelligent, who is great at figuring out problems and scenarios, and who constantly observes and processes information was both new, exciting, and incredibly challenging for the actor.

He admits, "I've been working for a long time and I've never been presented with the kind of challenge that I was with being cast in Waffle Street, because this character is in 98, 99 percent of the scenes in the film." Lafferty adds, "It's essentially carrying the film, and I've never done that before. So, it was a challenge for myself, because I wanted to see if I could do it. I felt that if there was ever a time to prove it, it was [with] this. I'm pretty happy with the way it turned out."

Not only did Waffle Street teach Lafferty quite a few things, like how to take on a challenge and succeed, but he also hopes viewers will see the deeper message within the film:

I hope [viewers] take away what I took away from it, which [is] it's never too late to reposition yourself, [to] take a look at your values and the things that make you happy, and compare those [things] to what you think your definition of success is. And if your happiness and your success is not matching, then it's time to make a change and reevaluate what those two things mean.

We all have our dreams and we all think that there is maybe one or two things that are going to make us happy that we need to achieve. But, comparing that to the reality of what life is and all the curveballs it can throw at you, it's important to sort of reevaluate what's going to make you happy and reevaluate what your dreams really are.

Well, it's clear that Lafferty is making his dreams a reality. In addition to Waffle Street, he is also starring on WGN America's latest series, Underground , where he plays U.S. Marshall Kyle Risdin. "I wouldn't necessarily say he's a protagonist," Lafferty says about Kyle. "He presents some challenges for the lead characters." For those unaware, the series is about the Underground Railroad and follows a group of slaves who attempt to escape a Georgia plantation.

As you can imagine, Lafferty's character most definitely isn't the hero of the show. "At the time, the U.S. Marshall's were on the wrong side of history," he says. "They were charged with capturing and recapturing slaves all over the country."

Similar to Waffle Street, Lafferty's Underground role is something very new for the actor, especially since his character is seen as a villain of sorts. You could say playing Kyle is both interesting and exciting for Lafferty. He explains,

As dark as it can get with subject matter like this, there are things that are inherently interesting about playing somebody who is a protagonist, playing somebody who can even be viewed as a villain in history and in the story that we tell today. Sometimes the villains are the most enigmatic characters. Even though I don't think that my role could be considered huge in this, I thought it was going to be memorable, just because the position this U.S. Marshall finds himself in and is putting other people in.

Even if his role isn't "huge," it's something he welcomed — and for good reason. "I knew there was going to be a really cool, visionary take on a historically and culturally relevant story," he says about why he wanted to join Underground. "Frankly, it seems like it's a bit overdue to be told in the television medium. For me to get cast in [this] role, it was really exciting, because I knew it would give a major impact when it came out."

Well, I think it's safe to say that Lafferty is continuing to make an impact, just like he did as Nathan Scott.