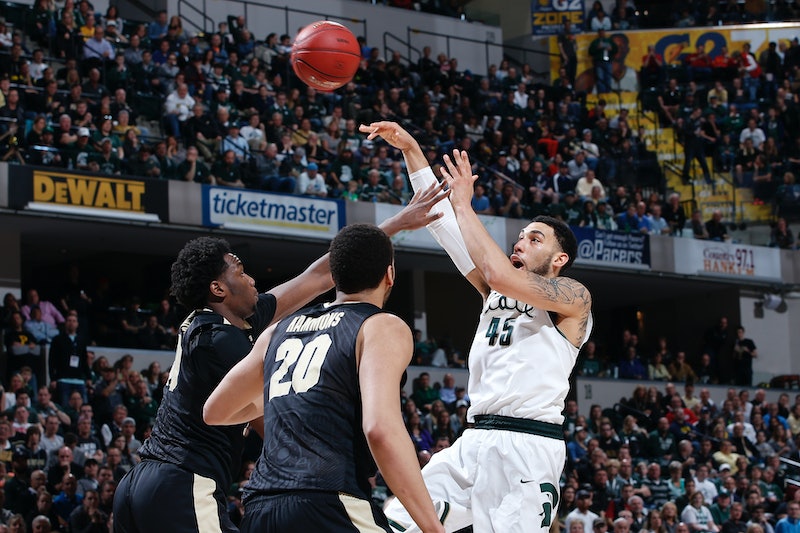 March Madness is upon us — and for those who are a little sick of the madness going on in the presidential election season, the madness in basketball may be just the break you need. It's the favorite time of year for many sports fanatics who follow college basketball (and even those who don't), and this year's tournament is gearing up to be just as exciting as years' past. The 64 college teams are the best of the best and showcase the year's training against some of their most deep-seated rivals. But just as exciting are the March Madness predictions, with fans drawing up brackets that seem more complicated than the tournament itself.

There are definite favorites among those who follow college basketball, but that doesn't mean all bets are off. There are still plenty of predictions for winners, losers, and those teams that may sneak up and surprise fans with an upset. Creating the perfect bracket takes time and a heavy devotion to the sport (unless, of course, you get particularly lucky), but here is a list of some of the teams to keep an eye out for throughout the rest of the month — you could just as well surprise fellow fans by choosing an unheard of team versus the heavy hitters, but often times, March Madness is all about surprises.

Virginia's Cavaliers are expected to be an easy bet for those looking to bolster their bracket. The Washington Post reports that their shooting guard Malcolm Brogdon is considered to be one of the best players in the conference's history, and they have been building a more impressive offense than their previous March Madness attempts.

Xavier has the No. 2 seed spot in the East, but fans are hesitating a bit more to line them up as quickly as the Jayhawks. The Washington Post points out that the team generally relies on foul shots, but if the referees don't go their way, they have a more difficult time getting the points on the board.

The Ducks have a great offense lineup, but where ESPN announcer Kirk Herbstreit says they're lacking is in their defense. Their percentage for defensive rebounding is dismal at best — according to The Washington Post, they currently rank 256th in the nation in defensive rebounding, which is an easy way for lower ranking teams to cause an upset against the Ducks.

The Rainbow Warriors have had a contentious history with the tournament, with their previous coach Gib Arnold earning them a ban that was just recently lifted, ESPN reported. But with a team that has showed competence in defeating larger teams in the past, commentators are betting that Hawaii is likely to cause an upset. They currently score 16th for the number of hoops made, and sixth best in getting to the scoring line, according to rankings from SB Nation.

The Lumberjacks caused one of the major upsets of the tournament in 2014, and they're looking to possibly do the same this time around. They won 27 of the 32 games they played this season, as well as won their conference championship game by 22 points. If they bring this same style to March Madness, they are definitely a pick worthy of any bracket.

In terms of picking winners, Michigan State is considered one of the best of the best. They've held their own in past NCCA tournaments, and some are predicting that they're the team to pick if you're looking to clinch the win on your bracket. CBS Sports even chose them as their official highest ranking team for the entire tournament.

Even if you're not the most knowledgeable about basketball, a solid bracket can create some bragging rights at the office or among your friends. March Madness is the perfect opportunity to forget about the usual madness and settle for some good old fashioned rivalry instead.