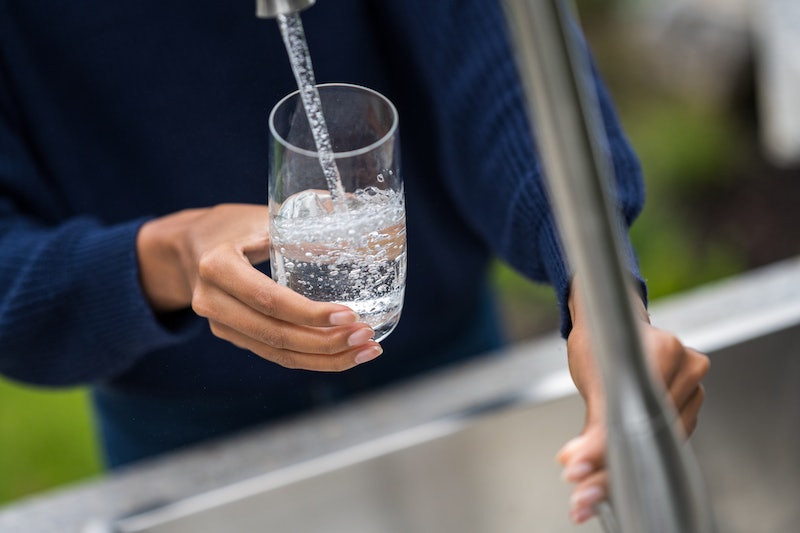 When you think about addiction you probably thing about those things you hear about the most socially and in the media, like drugs, alcohol, cigarettes, or gambling. These are all incredibly serious addictions that can ruin the lives of those who can't overcome them, but there are also other, more innocuous (and less short-term life ruining) than the aforementioned addictions. As it turns out, you can be addicted to almost anything. If you Google (or watch TLC's My Strange Addiction), you'll find people addicted to the most bizarre things, like stinging themselves with bees or chewing on dirty diapers. Those aren't the addictions on this list, because they're so specific they probably don't align with your life or mine. But there are things we couldn't be addicted to that are more common place than taking a bee in a pair of tweezers to make it sting you.

For instance, there are probably things in your own home, right now, that have been known to be addiction causing. That's not to say you're at risk of addiction. As we know, addiction of any kind is an illness, and because of that, it's important to know that there are things that could trigger it that you never even knew you could be at the root of an addiction. Here are some things you didn't know you could be addicted to.

We all might feel dependent on the internet, or unable to look away, a lot of the time, but the Internet can actually be the source of a serious addiction. Those who are addicted to the internet neglect family, friends, and real life for their virtual world, and feel intense anxiety when they're not online (what you do online can be varied, from online gaming to comment trolling). The Centre for Internet and Technology Addiction says, "research suggests that approximately four to eight percent of regular Internet users meet the criteria for Internet addiction. It is not an epidemic, but it is a real problem. Again, spending a lot of time on-line is not the problem (although it can be), rather it is how that time spent impacts your life that determines the seriousness of the problem."

While it's important to eat a balanced diet, there's a line in the sand. Becoming obsessed, and indeed to eating "right" or eating "correctly" (foods you consider healthy), is an addiction known as "orthorexia nervosa", and it's a very real eating disorder. Being addicted to "health" leads to the exclusion of all foods perceived as "unhealthy." Sufferers of orthorexia nervosa often systematically exclude all fats from their diet, which is highly problematic, as we need fat to live.

Yes, you can become addicted to chewing ice. It's been linked to iron deficiency anemia, but also to stress, obsessive-compulsive disorder or a developmental disorder, mental states that can lead to serious addiction. Doctors call this and the desire to chew on other objects that have no nutritional value "pika", and it's a very real addiction that people face.

Disposophobia is the fear of throwing anything away, including garbage. This particular hoarding addiction can be completely indiscriminate, leading sufferers to form an attachment to their garbage. Infamous brothers Homer and Langley Collyer were known for their garbage addiction, who were found to be living in 140 tons of trash in their Harlem brownstone after they died in 1947.

Like eating "healthy" exercise is something we're relentlessly told we need to lead good and proper lives. However, it is possible to become addicted to exercise, and the results can be catastrophic. Studies have suggested that, "Genetic studies suggest that genes which control preference for drugs also control the preference for naturally rewarding behaviors such as exercise." So while you can exercise healthily, it can become an addiction, and as such can be as damaging as any other addiction to sufferers who wind up putting their bodies under undue stress and isolating themselves from others.

A strange cousin of the ice crunching addiction would be a water addiction. You'd think it'd be impossible to be addicted to something so basic and so necessary to our survival, but it turns out people really can be addicted to water. It's called psychogenic polydipsia, and is often caused by a sense of dry mouth that can be triggered as a side effect from psychoses. Although it might not seem theoretically dangerous, drinking too much water can cause hyponatremia, or water intoxication, a flush out of salt in the blood that can, in extreme cases, lead to death.

More like this
Eleven From ‘Stranger Things’ Is A Cancer Zodiac Sign, An Astrologer Says
By Brittany Beringer
6 Abortion Advocates To Follow On TikTok
By Sara Youngblood Gregory
Every Single Big & Small Way You Can Fight For Abortion Rights
By Tess Garcia
The 7 Best Knee Sleeves, According To An Expert
By Andrea Hannah
Get Even More From Bustle — Sign Up For The Newsletter