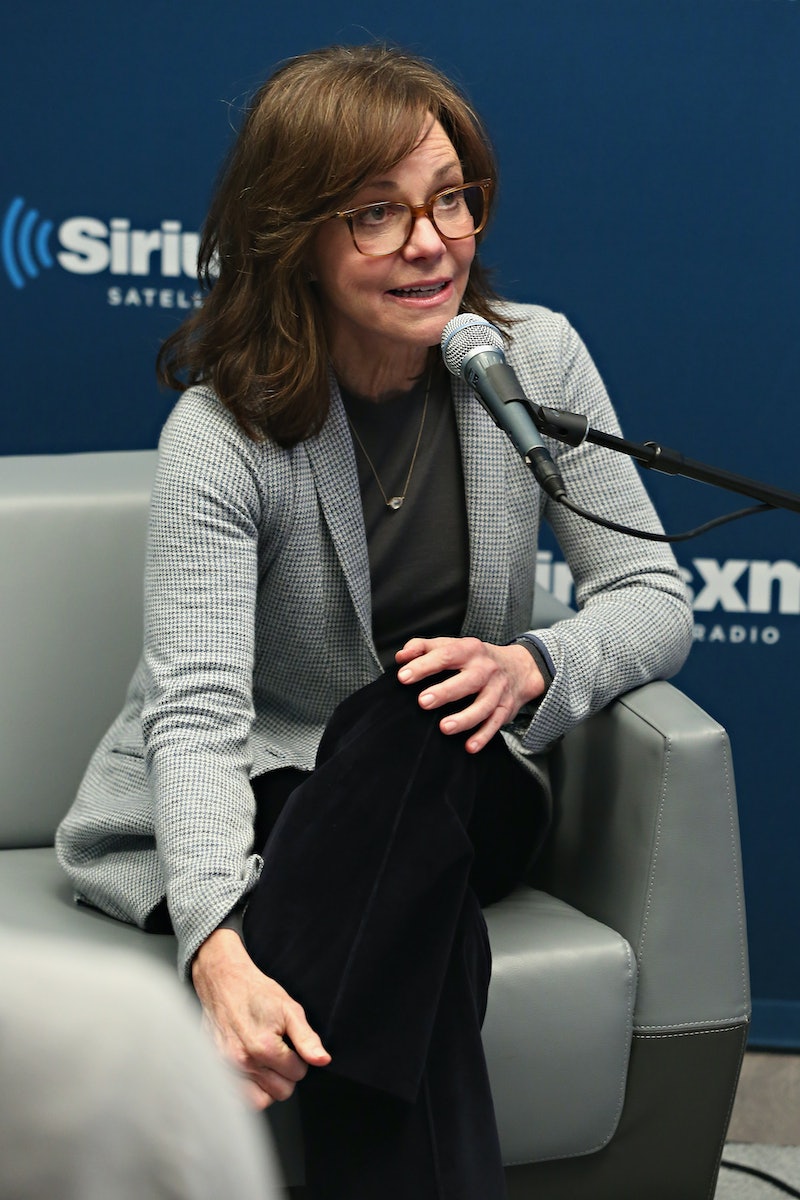 Throughout her remarkable career, Sally Field is known for taking on multi-layered, complex female characters. Between her Academy Award winning roles in films like Norma Rae and Places In The Heart, it's hard not to love her. However, as a self-declared superhero geek, Sally Field just completely broke my heart. Not by doing or saying anything wrong, but by pointing out the sad, hard truth about the state of the roles for women in most superhero and action films. Field slams Aunt May from The Amazing Spider-Man in this interview with SiriusXM's Howard Stern — a role that she herself played — but, in doing so, she makes a really, really good point.

The things she had to say about Peter's post-Uncle Ben support system were not very nice. Despite her starting off the discussion in saying that it was not her "kind of movie," she later specifically discussed the role of Aunt May, saying that there's "not a big deal" of thought that went into playing her. "It's really hard to find a three-dimensional character in it," says Sally, "You work it as much as you can, but you can't put 10 pounds of sh** in a five-pound bag." Ouch, my poor little fangirl heart.

However, as hard as it may be to admit, she does have a point. In Hollywood films, specifically those of the action and superhero genre, the roles for women aren't usually challenging enough for the smart, real-life women that exist in the world around us. As Howard Stern himself goes on to say while backing up Sally's statement, Aunt May really just seems to pop-in and pop-out throughout the film to give Peter Parker little bits of information. Outside of that, who is Aunt May as a person? How is she dealing with the loss of her husband? Questions like that are brushed over for the most part in her narrative arc.

All-in-all, what Sally and Howard are getting at is this: Women should be seen as more than the wife, the mother, the aunt, the girlfriend, the love interest, etc. when it comes to their characters. Otherwise, how is someone as brilliantly skilled as Sally Field going to have anything to work with?

There's one thing that fans should get out of this interview, aside from a broken, Aunt May-loving heart: there's a real problem in this industry if we can't develop our female characters beyond their relationships with the men in their lives. However, with comments and actions from actresses like Sally Field, Jessica Chastain, and Jennifer Lawrence, the state of Hollywood as we know it is in for a major change — in a much more female-positive direction. Female superheroes are beginning to take the spotlight, and if even Sally Field is fed-up enough with one-dimensional characters to speak out — fed up with the stale mom, the stereotypical wife, etc. — things are sure to improve.

Aside from an upcoming introduction to Wonder Woman in the DC Comics world, Marvel is planning a new Spider-Man movie, giving female fans of superhero films something to look forward to. And now, perhaps, Field's words can hold some weight when it comes to the lines and scenes that are scripted for everyone's favorite Aunt May.