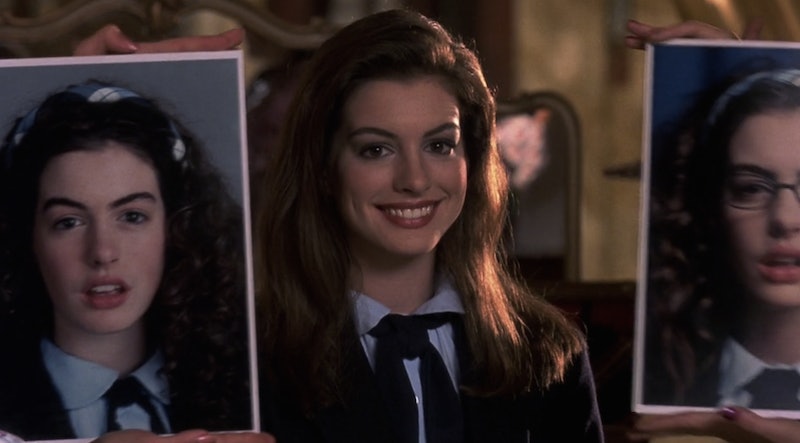 All hail Genovia! After some plenty of false rumors (and hopes dashed on the rocks), it looks like Princess Diaries 3 is going to happen, and more amazingly Anne Hathaway has already signed off the sequel. Director Garry Marshall spoke to People Magazine about how him and Hathaway want to do the Princess Diaries 3 “in Manhattan,” which, as a New Yorker, dials up my excitement to 11. After all this time, you have to wonder what adventures will Mia get into in the Princess Diaries 3 .

It's been a hella long time since The Princess Diaries, and even a long time since it's sequel, The Princess Diaries 2: Electric Boogaloo (JK, Royal Engagement). Princess Mia is now Queen Mia, and more she's a far cry from the gangly 15-year-old with the Hermione Granger hair. That lady has got to be tap-dancing on her 30s now. So I can only imagine that being in this very different place in her life, a far cry from both coming-of-age flicks, is going to breed a slew of new problems.

But what kind of problems? Well, I’m not a 31-year-old princess of a Monaco-esque country, but I’m assuming the film might tackle some of these issues.

1. Mia Decides To Get Her Masters Degree

If memory serves, Mia graduated Princeton (before her 21st birthday, somehow, which is absolutely ridiculous). Maybe she would want to return to education in a not-rushed fashion. I'm sure Columbia would be down to take in a royal, as would NYU... didn't they have one or both of the Olsen twins for a few months? That's kind of like American royalty.

2. Mia Is Doing Some Sort Of Tour Of America, Like In The Way Prince Harry Visits The Jersey Shore

I don't know exactly why royals do U.S. tours (or, you know, tours of countries that aren't America), but they do. I guess it would be sort of anti-climatic for Mia to go to San Francisco, though, considering she already lived there.

3. Mia's Having A Quarter Life Crisis And Decides She Wants A Real 20-Something Experience... Again, In Her 30s

Palace life is running her ragged, and before that our girl lived in a renovated fire house. It's time for her to ditch Genovia and just slum it up in a Harlem studio apartment for a while.

4. Things Aren't Going To Well With Her And Chris Pine

5. Mia's Foot Isn't Popping When She Kisses Him Anymore

This is a G-rated film series so we're sticking with this.

6. Or Hey, Maybe Mia Is Wrestling With The Idea Of Motherhood

Because Kate Middleton makes pregnancy seem so easy and so fashionable.

7. Or She's Already Deep In The Throws Of Motherhood And Struggling To Raise A Little Feminist Princess Or Two

Even Queens have a hard time #havingitall.

8. She Runs Into Michael Who's Trying To Make It Work In The Brooklyn Music Scene

I think there were hints that Michael had gotten pretty successful and was touring, but let me tell you something. If Michael's band peaked in the mid-2000s, he has since relocated to Brooklyn and has filled in for some new band, billed occasionally as that keyboardist-in-that-one-band when he plays at the Knitting Factory. If they didn't peak in the mid-2000s, then he is still in his mid-30s and since relocated to Brooklyn, trying to make it work, I've probably dated him already... trust me, I know musicians. Mia, babe, he's a hottie but you're better off leaving that in the past.

11. Whatever The Reason For Her Visit May Be, Mia's Hair Just Can't Handle The New York Humidity And It Returns To It's Natural State

God, the tabloids are going to go wild over this.

Whatever catastrophe our girl may encounter, I have a feeling she'll be able to handle it. For all her lapses in grace and convention (or perhaps because of it), Mia still totally rules.