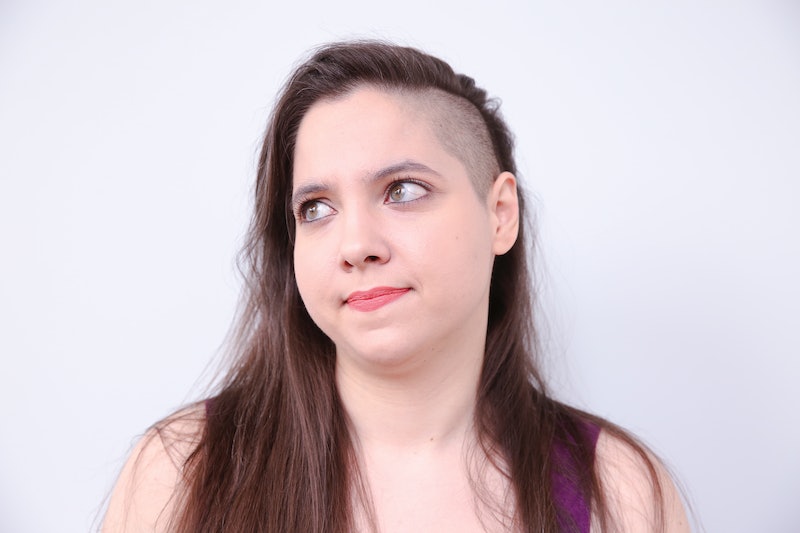 Concern trolling is obnoxious in general. Being concern trolled about your health is, for me personally, the height of irritating. Because, like, here's the thing: I am the one living in this body, all day, every day, forever. If anyone is an expert about my health, it's probably me, right? Right.

Even if you've never heard the term "concern trolling" before, I almost guarantee that you've experienced it. The general definition of a concern troll, according to Urban Dictionary, is "someone who is on one side of the discussion, but pretends to be a supporter of the other side with 'concerns.'" Basically, it's judging you under the guise of "expressing concern" for you. The practice arose on the Internet, but it happens in person all the time. Have you ever had someone play devil's advocate with you? Do certain humans in your life go really, really into detail about all the issues "other people" will take with your life choices? Hmmm. You may want to think about their motives for a bit, because that is prime concern trolling behavior.

Concern trolling someone about their health is often the easiest way to get in a few jabs, but it's also the most hurtful. Because unlike some other "concern trolling" situations, there is no argument, really. It's me and my body, trying to get through the day. Every day. And let's be real, the people who get concern trolled the most when it comes to "health" are plus-size women who are proud of their bodies. And that is BS.

So the next time that you experience any of the following circumstances, try calling out your concern troll. Let them know that "playing Devil's advocate" doesn't give them a pass to say awful things.

1. "Do you know [nutritional fact about food you're about to enjoy]? Oh, OK, I just wanted to make sure you knew. Because I didn't know, and then I found out and was, like, horrified. Ha ha."

Don't police my food. I know how to read nutritional facts, too. And yes, despite all that, I ate half a box of something called "Garbage Mix Hot" for dinner yesterday, and, like, wow, it tasted really good, and like, wow, my meal choice didn't affect you physically or emotionally at all. Would you look at that.

2. "You look like you've put on a little weight. I'm just worried about you, honey! I want to make sure you're healthy! Obesity kills."

A lot of people think that a person's weight is like the end-all, be-all indicator of their health. It's not. And even if it were, that's still none of your business. Let people live, and don't act like this society isn't constantly conflating a person's appearance with their overall goodness as a human.

3. "You're beautiful, but you should eat a sandwich!"

Ah, the opposite end of the weight-concerned troll spectrum. Let. People. Make. Their. Own. Decisions. About. Their. Own. Bodies.

4. "I just want to make sure you're being safe, sleeping with all those people."

5. "I just want to make sure that you're sure about taking [medication]."

Talking to someone about mental health stuff is tricky. It's an incredibly personal subject, and there is a lot of stigma still surrounding it. When non-doctors try to armchair diagnose or lecture about self-medicating, it's not only annoying, it's dangerous.