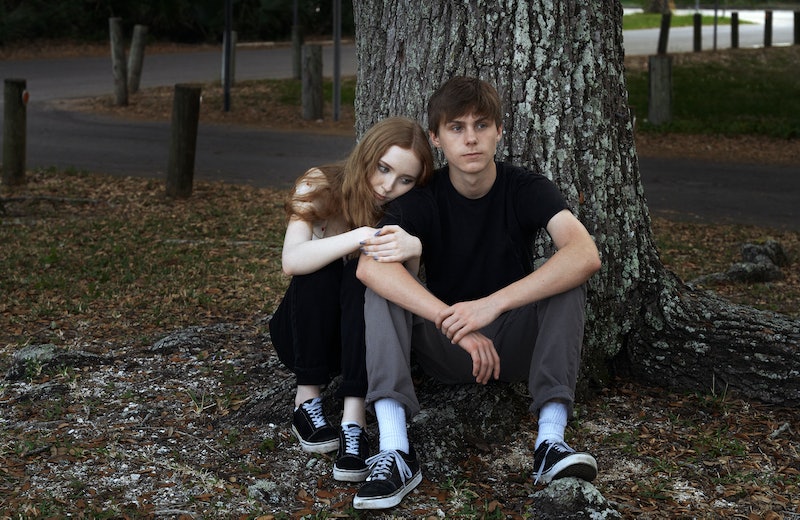 Trolls take all kinds of forms; it's not just the people calling me an idiot on Twitter after I write something feminist and publish it on the Internet. In fact, trolling has expanded beyond the pages of the Internet into real life, and it takes many shapes. For instance, are you familiar with the signs that you're being concern trolled by your partner? Because it happens — and probably more often than you think.

If you're not yet acquainted with the term "concern trolling," here's a brief rundown: A concern troll pretends to support you and hides their trolling under the guise of concern, which serves as justification for their shaming, criticism, etc. As an example, let's take a fuller-figured, body positive gal who posts a stunning picture of herself on the beach in her favorite bikini. A friend later texts her with, "Sweetie, you know you're beautiful in anything, but being that overweight just isn't healthy. I'm worried about you." Sure, there's a chance this person is being genuine; maybe she really is worried (even though it's not really her business in the first place). However, there's also an equal chance that they've come down with a nasty, infectious, contagious case of concern trolling. They're using this "concern" to justify criticizing another person's weight.

Many of us have done it, sometimes with good intentions. We're often trying to gently say something negative by balancing it with a positive, attempting to demonstrat concern without being hurtful. Regardless, we've also seen countless people use concern trolling to excuse hateful behavior. Wondering if you're on the receiving end? Here are five signs that your partner might be trying to concern troll you.

1. They Suggest You Be More Discreet With Your Opinions

You're having dinner with your partner's family and they casually request that you keep your feminist chatter to a minimum, lest it offends their parents' more traditional beliefs. You scream internally and imagine kneeing your partner somewhere it counts.

2. They Question Your Eating Habits

But always out of concern, of course. Do you really want that burger? It'll clog your arteries. Are you sure you're in the mood for cheesecake? Because your thighs say otherwise. Butwaitwaitwait — don't be offended, because they're just worried about you.

3. They're Worried Other People Will Think You Look Like A Skank In That Dress

I mean, they don't mind it. It's totally fine with them. Completely. But, like, other people, you know?

4. They're Concerned That You Just Swore In Your Facebook Status

Your partner's grandmother is your friend on Facebook, and what on earth will she think when she sees that you referred to a certain presidential candidate as a "bag of dicks?" It'll break her heart. Except... she thinks it's hilarious, and your partner is worried about who you might tick off for their own sake, not yours.

5. They Point Out Your Insufficient Gym Visits

This one is my favorite, because I witnessed it firsthand in a friend and her boyfriend. To his face, she was just concerned about his health. To me, she was disgusted by his love handles.