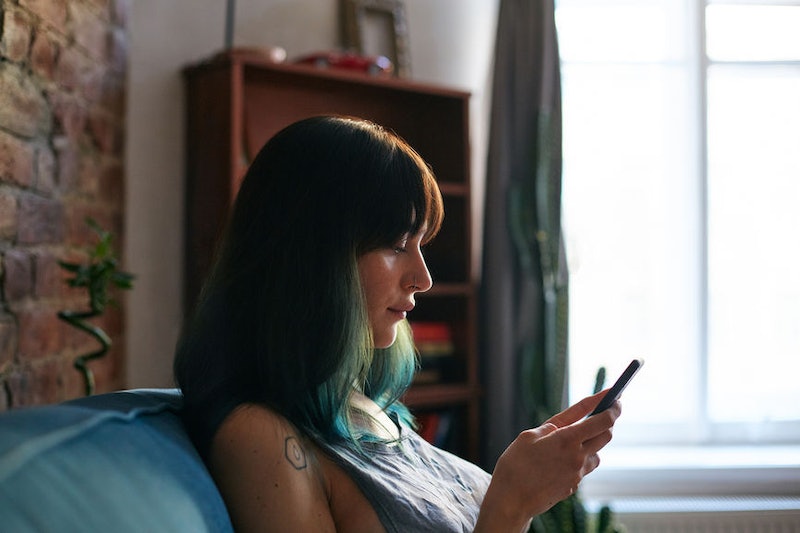 Just when you thought you'd come across every kind of troll waiting in the depths of the Internet, a new species has emerged: The concern troll. As the term has gained popularity in the past few years, you may have found yourself wondering what concern trolling means. How can someone be considered a troll if they're on your side? It's a valid question, until you remember the cardinal rule of the Internet — anyone and everyone can be a troll if they believe.

All jokes aside, trolls are a widespread problem online, and one that has very real consequences for those targeted. Although they're a lot like pornography in that you know one when you see it (except that porn is usually a lot more fun, if you're actively looking for it), a troll can be loosely defined as someone who anonymously stirs up discontent or outright harasses another person online for the fun of it. Often, this takes the form of fat shaming, slut shaming, or racism. As a result, trolling is often directed at minorities — for instance, any feminist writer (like myself) will tell you that online misogyny is pretty much par for the course.

Until the past few years, there was a sharp distinction between trolls and people who merely have very strong views that differ from your own; trolls are out to provoke people, while others may just be argumentative. However, the term has recently begun to encompass online harassment as a whole, and that's where new terms like "concern trolling" come in. Let's take a look at what concern trolling is, what it looks like, and what to do about it below.

Urban Dictionary defines a concern troll as "someone who is on one side of the discussion, but pretends to be a supporter of the other side with 'concerns.'" In other words, it's someone who pretends to support you but couches their disagreements in the form of "concerns," which allows them to justify criticism as the result of worrying about you. "I'm on your side," they say, "but you shouldn't do X, Y, and Z. It looks bad to some people — not that I agree, but I thought you should know."

Interestingly, the Geek Feminism Wikia notes that "concern trolls are not always self-aware; they may also view themselves as potential allies who have just, oddly, never met a feminist opinion they liked." This isn't to say that concern trolls target only feminists; however, feminists do often put up with a good deal of concern trolling. What's of note here, though, is the fact that, regardless as to what their area of "concern" is, concern trolls don't always know that they actually are concern trolls.

As a term, concern trolling gained widespread use in the end of 2013 and beginning of 2014, especially after a piece was published in the New York Times expressing concern that a cancer patient was too public about her treatment. The author justified his criticism by saying her efforts to fight cancer would make her unhappy and other patients look bad — pretty much the epitome of concern trolling.

It's incredibly common in discussions of obesity, when critics use health concerns to shame plus-size individuals. "You think you're doing the 'right thing' ... But you're just perpetuating a negative stereotype and an uneducated view," Bustle's Courtney Mina wrote in an open letter to Internet trolls. It's also frequently used as a form of slut shaming. For example, a concern troll could claim they're sex-positive, but they would use worries about STIs and the possibility of sexual assault as a way to look down on someone who is sexually active. Of course, these are just a few common examples — a concern troll's possibilities are endless.

How Do You Respond?

As with most trolls, you have two ways to react: Either ignore them, or point their behavior out. Ignoring them has its advantages; there's no better way to infuriate someone than to show how little they affect you. That being said, you're totally entitled to react as well. Unfortunately, concern trolling can be pretty subtle, and that makes it hard to call out at times. Chances are, you may even be criticized for seemingly turning on someone who's "just trying to help." However, it does have the benefit of calling attention to their shaming, which they may not even realize they're doing. It's also possible, though, that a concern troll might totally recognize what they're doing and just not care.

In the end, how you react is up to you. If you're up to arguing with a concern troll, go for it, and if you'd rather go about your day, that's cool too. Either way, the most important part is not to let the haters get to you.