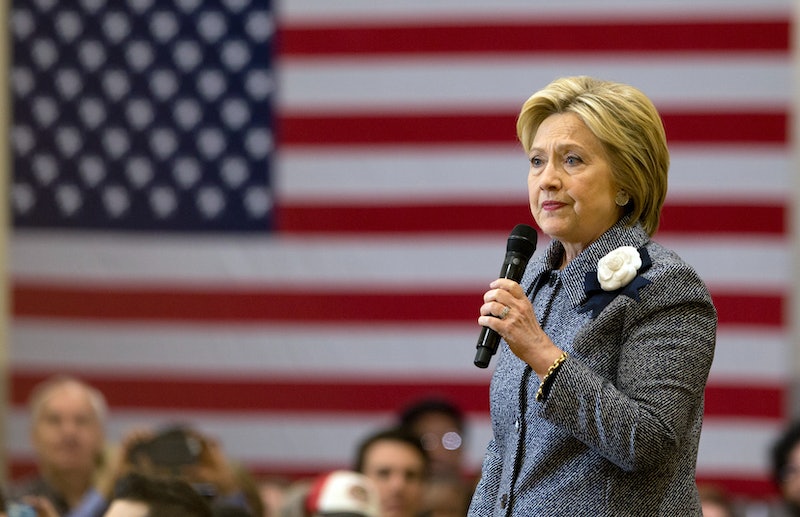 Super Tuesday 3 offers up delegates from five different states for both Democrats and Republicans, with Florida being the largest. The Sunshine State will proportionally distribute 246 delegates to Bernie Sanders and frontrunner Hillary Clinton. Overall, Democratic candidates are looking at 691 delegates up for grabs. Thanks to the use of superdelegates on the left, the clear frontrunner has been Clinton. Still, she's got quite a ways to go before being declared the lone candidate that Democrats will be backing heading into the November election. How many delegates does Hillary Clinton need to win the nomination?

The former Secretary of State is over halfway there, with 1,235 total delegates, not including her Super Tuesday 3 victories. What's proven to be Clinton's clear advantage is the dizzying support she's received from party officials and prominent leaders chosen as unpledged delegates. As of this writing, Clinton's 467 superdelegates are nearly 18 times larger than the collection Sanders claims. The Vermont senator currently has just 26 superdelegates, making for a total of 580 overall declared superdelegates.

Despite the major difference in delegate numbers between the two, the race may still be too close to call. Analysis from The Guardian heading into Super Tuesday 3 suggested that Sanders needed to nab at least 326 pledged delegates to drastically shift the numerical balance a bit more in his favor. However, bear in mind that surprises are bound to happen in what has been a thoroughly unpredictable election season thus far. Just one week prior, Sanders beat the odds and won the Michigan primary in a stunning upset.

As of this writing, Clinton has won big once again. She has been called victorious in Florida, North Carolina, Illinois, and Ohio, netting her a total of 326 delegates from the four states. Missouri is still too close to call, though has pulled ahead ever so slightly. She is expected to claim at least 35 delegates from the Show Me State. What that means for the frontrunner is that she needs at least 787 more delegates to receive the nomination — a number that could technically be achieved by April 19 following the massive New York Democratic primary, in which 291 delegates are up for grabs.

No matter how long it takes either candidate to net the necessary delegates to win, the total number to aim for is 2,383. Clinton appears all but poised to reach that goal first.