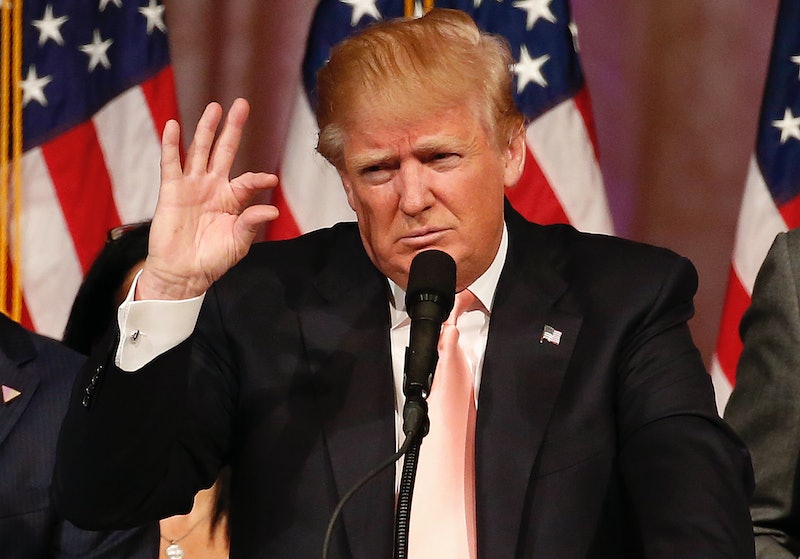 The latest election season event is close to wrapping up. Super Tuesday 3 offered very few surprises. John Kasich won his governing state of Ohio while Marco Rubio's home state of Florida let him down severely. The man who ended up on top in all but the Buckeye State was the GOP frontrunner. Once again, Donald Trump came away from a primary and caucus event with a yuge victory. How many delegates did Donald Trump win on Super Tuesday 3? Based off of his victories in Florida, Illinois, and North Carolina alone, Trump is set to earn at least 150 delegates for his efforts. Florida's winner take all primary gave the real estate magnate a full 99 delegates, while he received 24 in Illinois, another winner-take-all state.

The North Carolina primary is a little bit trickier in terms of distribution. For both Democrats and Republicans, the primary event in the Tar Heel State is a proportional affair. What that means for Trump is that his approximately 40 percent of votes translates to 27 out of 72 total delegates. Texas Sen. Ted Cruz followed shortly behind by nabbing 24 delegates. The three Super Tuesday 3 victories puts Trump at around 619 delegates.

What's truly tricky about Super Tuesday 3 is the final tally in Missouri. The Show Me State is neither a winner-take-all event nor a traditional proportional affair. Instead, the Missouri GOP primary offers a chance for one candidate to receive all 52 delegates up for grabs, so long as they receive at least half of the overall vote. If Trump or any other candidate on the right fails to do so, then delegates are divided up in what has been referred to as a "winner take most" scenario. The overall winner will receive 12 delegates automatically plus a proportional amount corresponding to congressional district wins. Each district win adds up to 5 delegates, ultimately making up 40 delegates total.

The best case scenario for Trump would take him well over halfway to securing the 1,237 needed to receive the GOP presidential nomination. Were Trump to win all 52 delegates in Missouri, he would have a total of 671 delegates and be leading the second place Cruz by 277 delegates. As of this writing, that outcome appears highly unlikely. With 98.6 percent reporting, Trump has around 41 percent of the vote in the Show Me State. It's unclear where Marco Rubio's delegates will go now that he's suspended his campaign, though it's doubtful that the Florida senator will be looking to place them behind a candidate he's vowed to work against. Trump may be one step closer to nabbing the nomination but the Republican race is anything but clearer following his Super Tuesday 3 victories.

More like this
How To Support Gun Control Reform Right Now
By Morgan Brinlee and Carolyn Steber
How 5 People Upended Their Lives To Fight For Abortion Rights
By Hannah Smothers
How To Fight For Reproductive Rights, Based On How Much Time You Have
By Courtney Young
Boris Johnson’s Leadership Is In Question – Again
By Bustle UK
Get Even More From Bustle — Sign Up For The Newsletter