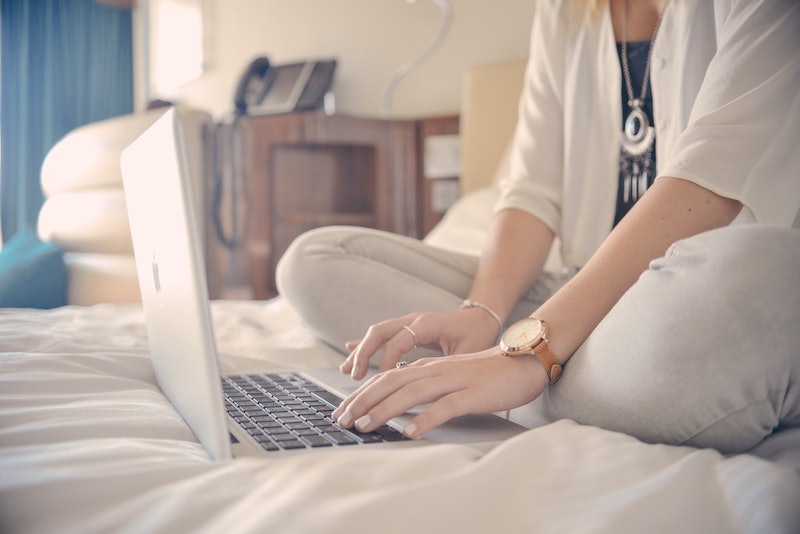 At the beginning of Mean Girls, Cady Heron prepares to enter public school for the first time after being homeschooled her entire life. In a hilarious voiceover, she asserts: "I know what you're thinking. Homeschoolers are freaks," as a montage of stereotypes is shown, including bespectacled spelling bee contestants and ultra-conservative Christians. This scene may have been a little over the top, but not by much — when I tell people that I homeschooled at various points in my life, many of them have zero qualms about asking openly rude and invasive questions. Well, let me rephrase that — they don't ask me why my family and I made the decision, how my academics were structured, or what it was like to enter college after a stint of homeschooling. Nope, they tend to really have only one question — how in the world did I make friends as a homeschooler? Sometimes they'll be a bit more tactful and ask how I became "properly socialized," but you get the gist.

To be clear, I'm more than happy to answer questions about homeschooling. And, as someone who went back and forth between traditional school and homeschooling, I'm in a great position to compare the two experiences and I enjoy discussing the pros and cons of each environment. Plus, I understand that the concept of missing full years of traditional school is intriguing to people simply because it's unique.

Rather, the stereotypes and weird hangups are what get on my nerves. Even if people have known me for awhile, when they learn that I homeschooled, plenty of them suddenly jump to the assumption that I was either raised on a hippie commune or in a hyper-religious household that believed the devil and sin lurked everywhere in the "outside world." I hate to disappoint them, but neither of these things is remotely accurate. (If they were, I'd totally write a memoir about being raised in a cult — but alas, my story is not that interesting.)

My mom was always interested in the idea of homeschooling, because she attended a less-than-stellar public school and she thought learning at home would allow for a more interactive, dynamic educational experience. As a teacher herself, she knows that field trips with entire classes are few and far between and they require a ton of logistics. But with your own kids, the world can quite literally be your classroom, and a spur-of-the-moment field trip to an aquarium, museum, or nearby city could easily be planned.

As it turned out, she had a daughter who was a natural fit for homeschooling. I began dancing when I was three and quickly became determined to pursue a life in the world of professional ballet. Like many kids and teens who have chosen a career in athletics or the arts, homeschooling provided me with a great advantage. The flexible schedule meant that I could spend more time in the dance studio and spend all my "school time" solely on academics (as opposed to sitting through a school day that included study halls and P.E. classes that I didn't need for obvious reasons).

So, how did I make friends? First of all, it wasn't hard — and the lifestyle allowed me to meet a wider variety of people than I would have if I'd attended the extremely homogenous public school in my small Connecticut town. I spent countless hours in the dance studio each week and I was friendly with my fellow dancers, but that's actually not where I met the majority of my closest friends. When my mom and I embarked on the homeschooling journey, she sought out other homeschoolers in my town and county — and that's how I ultimately met two of my lifelong best friends.

As it happened, one was an Olympic hopeful and the other was a competitive dancer. So, we had plenty in common and we engaged in typical activities like sleepovers, going to the mall, and seeing movies. (There's literally nothing else to do in Connecticut.) I was also friends with other homeschoolers, neighbors, and fellow dancers. Between juggling hours of ballet and academics per week, my schedule was undeniably hectic — but I always found time to socialize like a normal kid. The biggest challenge wasn't making friends; it was the balancing act that comes with being invested in both ballet training and academics.

My mom wanted me to be exposed to more than one method of education, so I also spent a fair amount of time attending Catholic school. It's yet another place where I met amazing people who are still some of my best friends. When I transitioned from homeschooling to "regular" school, the big challenge wasn't figuring out how to socialize — rather, I felt frustrated by how much time I felt was wasted during the school day and that's why I ultimately switched back to online schooling. Of course, the high school social scene is far from ideal and, like many other people, I had no patience for the cliques and gossip.

Overall, I'm grateful for my time in school because it gave me something to compare homeschooling to. I'm also blessed to have met some close friends in school — but I don't view school as the primary place I made friends. Rather, it's one of many environments where I met some great people.

I think it's incredibly damaging to perpetuate the idea that school is the only place kids make friends. Even if someone attends traditional school for 12 years, it's still beneficial for them to meet friends in a variety of other places — especially if their school lacks economic, racial, religious, or any other kind of diversity.

The misconception that socialization happens purely at school is damaging to many people. It sends the message that homeschoolers are destined to be hermits and that there's something wrong with kids who don't make friends easily at school. Since I've gotten the "how do you have friends?" question more times than I can count, I've had plenty of time to reflect on this. My biggest takeaway is that being exposed to many different social environments is the best to make a great group of lifelong friends. It's so limiting to say that the classroom is the only place you can get to know people.

There's not one "correct" way to be educated or to make friends. Unfortunately, the stigma surrounding homeschooling causes some people to withhold the information from new friends at college or in the working world. While I don't blame them, I really hope this stigma becomes a thing of the past sooner rather than later. School isn't the only place to make friends and I long for the day when people recognize this.