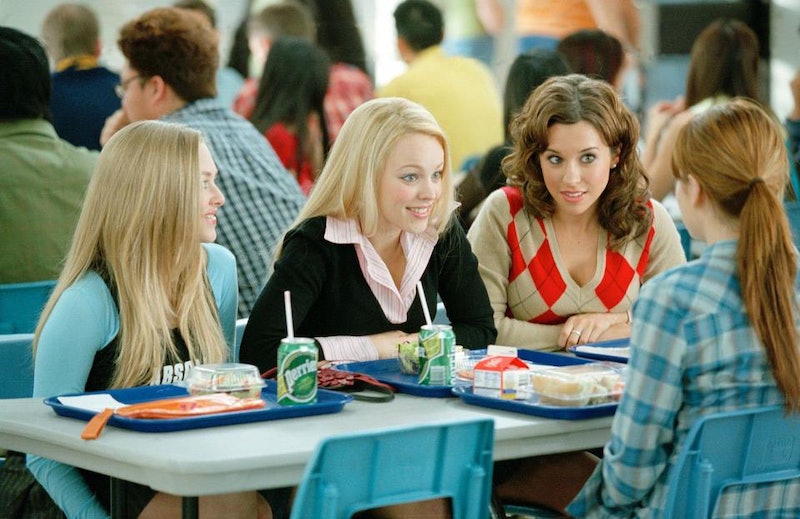 I —like many of my friends and both of my siblings — was homeschooled from preschool all the way through the 12th grade. So, I’ve had a lot of time to get used to the weird, ignorant things people say to homeschoolers. And, honestly, I kind of get it. I mean, I was so obsessed with The Lord of the Rings growing up that I almost learned how to speak Elvish, I didn’t lose my virginity until I was 21 years old, and I’ll always be just a little bit awkward sometimes. If I have kids of my own they will not be homeschooled, and I can admit that all the negative stereotypes about homeschooled kids exist for a reason.

Some homeschoolers are straight up weirdos, and even those of us who are normal are still the quirky kind of normal that takes a little getting used to. Plus, all those years of sheltered home education often leaves us overcoming obstacles once we get to college that all you normals already overcame in high school. But even though I can kind of understand the crazy reactions I get when I tell people I was homeschooled, they will never cease to be annoying and a bit hurtful.

To be fair, sometimes the questions I get asked are just politely curious like, “what kind of curriculum did you use?” but most of the time they’re downright offensive. The worst part is, I truly don’t believe most people realize how offensive they’re being when they talk about homeschooling. I think I speak for all recovering homeschooled kids when I ask that you please stop saying these 10 super offensive, hella annoying things to people who were homeschooled.

I hear this one more than anything else, and it probably irritates me more than any of the other dumb things people have said to me about being homeschooled. I was educated at home, guys — not handcuffed to a radiator in my parent’s basement for 12 years. Besides, shyness is a personality trait that many traditionally educated people struggle with. I can — and frequently do — talk to anyone about pretty much anything and it has nothing to do with the fact that I studied at home.

On what? Bad school lunches? Early morning bus rides? Getting my period in gym class? No, thank you. I’m not saying I never wanted to attend school like a normal kid, I begged for it at times, but I don’t feel like I missed out on much. Despite being homeschooled I got to attend six proms. I also didn’t miss out on playing sports, thanks to some awesome dual enrollment programs with the local private schools in my hometown.

Why not? My parents provided me with a fantastic education and made sure I had ample opportunities to socialize. My mom even helped organize a local homeschool group so area homeschool kids could get together multiple times a week to do group classes like home economics and theater. We also had an annual year-end banquet in the spring to celebrate graduations. I had friends. I had sleepovers. I had crushes.

I promise, no one kept me locked up in a tower doing fractions and reading the Old Testament by candle light while I talked to myself.

4. "Were Your Parents Super Religious?"

Yes they were — and truthfully, if they hadn’t been, I don’t think they would have homeschooled me and my siblings. But that was just my experience. I had homeschooled friends whose parents were agnostic or atheist, and it’s important to me that people realize homeschooling is not just a practice of the deeply religious.

5. "Did You Sleep Until Noon Every Day?"

Are you kidding me? My siblings and I were roused early every morning — often while it was still dark outside — and if we didn’t get out of bed promptly, Mom jacked our blankets and cranked up her morning radio shows until we came stumbling out of our respective rooms muttering curses under our breath. The rare days that we did sleep in for whatever reason, that just meant we were going to be doing our schoolwork until six or seven that night. The school day didn’t end for us until we’d finished all of our assignments. Just like everyone else.

6. "You Were Home Schooled? I Never Would Have Guessed!"

What does that even mean? Because it never sounds like a compliment, and I think that’s generally how it’s meant to be received. Am I supposed to wear weird clothes and be hopelessly socially inept or something? Sorry to disappoint, but I’m stylish as hell and I love talking to people.

7. "Didn’t You Ever Get Sick of Having Your Parent as a Teacher? "

I won’t lie: it was really hard sometimes to have my mom as a teacher. The arguments we got into when she taught me algebra still make me cringe, but ultimately, I’m glad my mom was my teacher. Our relationship is definitely stronger and more honest because of it, and she did a fantastic job. My siblings and I obtained multiple academic scholarships that helped us pay for our college educations because of how great a job she did.

8.) "Did You Have to Prove to the State You Were Actually Studying?"

This is a valid question, but most of the time, it really just sounds like an accusation. Yes, we had to keep detailed, written records of all the subjects we studied and the length of time we studied them each day. We were required by the state of Missouri to complete and log at least 1,000 hours of studying per year — and although my family never got a knock on the door from the state, we were always prepared for that possibility.

Here’s the thing: If you want to ask about the regulations of homeschooling, that’s fine, but try not to make it sound like homeschoolers have their own personal parole officers when you do.

No, I got accepted to numerous universities and hired by multiple companies by not having a legitimate high school diploma. Of course I have a “real” diploma! It was issued by the state of Missouri and mailed to my home after I took and passed the GED in my senior year. And, by the way, my GED score paid for the first two years of my college education, so I don’t want to hear anything snarky about that either.

Yes. But I could have gone a lot crazier. Sure, I did some dating, some dorm-room sexing, some beer ponging, and smoked quite a bit of weed. But even that is relatively tame as far as college experiences go, and despite the partying, I still graduated with honors. Besides, everyone goes a little crazy in college, homeschooled or not.