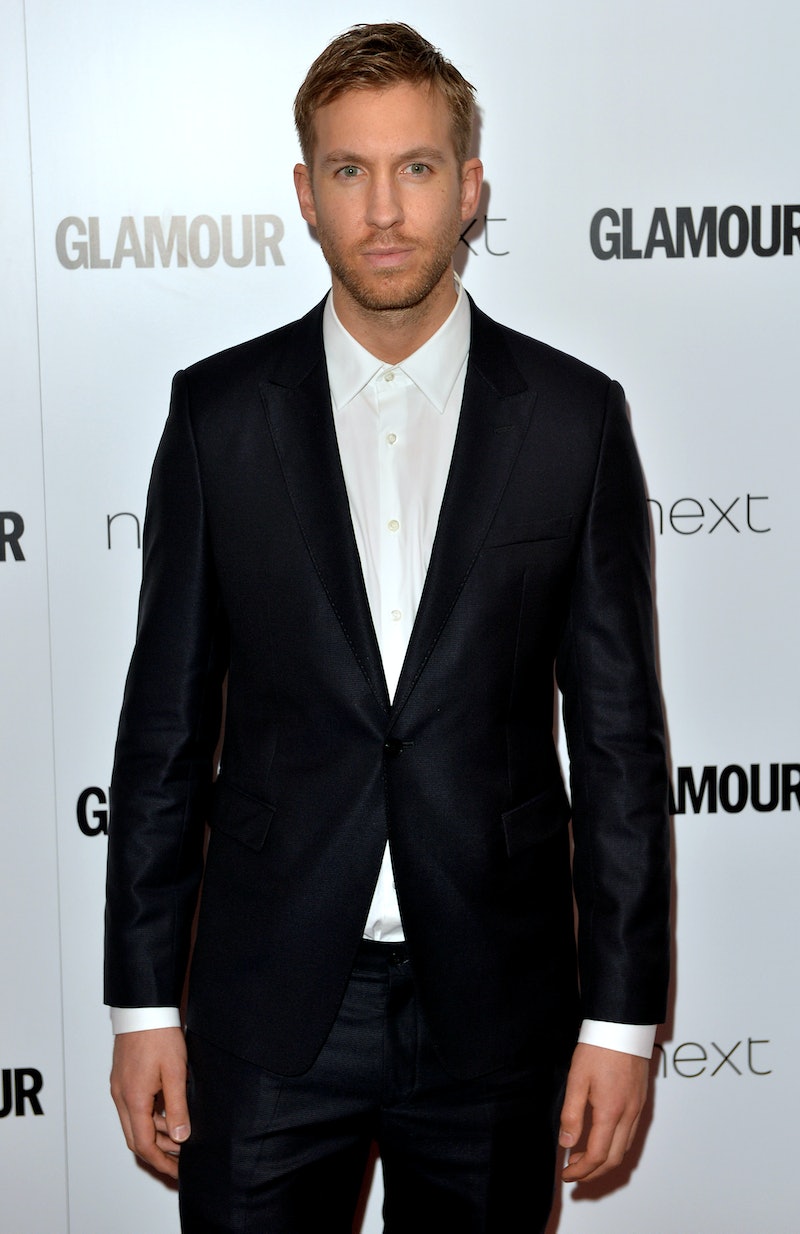 For some inexplicable reason, Scottish producer and Taylor Swift boyfriend Calvin Harris goes by a stage name. That's right: Calvin Harris' real name is Adam Wiles, as you may have known for years or just recently discovered when T. Swift Instagrammed a photo of their (real) initials in the sand. As it turns out, there actually is an explanation for his pseudonym — I mean, it's kind of terrible and racially insensitive, but he has actually talked about it. Why does Calvin Harris use a stage name? Well, let's let him explain.

According to Digital Spy, Harris did an interview with ShortList in which he allegedly revealed the reason behind picking his stage name. "My first single was more of a soul track, and I thought Calvin Harris sounded a bit more racially ambiguous," the producer explained, Digital Spy claims. "I thought people might not know if I was black or not. After that, I was stuck with it."

Bustle has reached out to Harris' rep regarding the alleged comment, but has not yet heard back.

Not only are Harris' alleged words exploitative, they also calls into question about what a "black-sounding name" looks like. It's no wonder why Swift refers to her boyfriend by his given name. I mean, she calls all of her loved-ones-with-pseudonyms by their real names (like referring to Lorde as "Ella"), but this one is so messy it makes sense to stay away from the whole "Calvin Harris" thing altogether.

And here's the other thing about Harris' supposed reasoning: It doesn't make any sense. We live in a world where the answer to pretty much everything is a two-second Google search away. For someone who was striving to be famous and make a name for himself, his face (and race) was going to be evident any time he made any kind of public appearance and the whole "racial ambiguity" ploy would be up. All a curious fan would have to do was Google the single or Harris himself to find out that he's white.

There are so many ways to make your pseudonym ~intriguing~ and ~mysterious~ without bringing race into it (or choosing a name that is basically pointless because it just sounds like any other name). I mean, look at Avicii, Skrillex, Diplo, and deadmau5, just to name a few other guys in Harris' field. All interesting, unique stage names that are compelling, make you wonder about the backstory behind them, and (surprise, surprise) don't actually have anything to do with race. Hmmm.