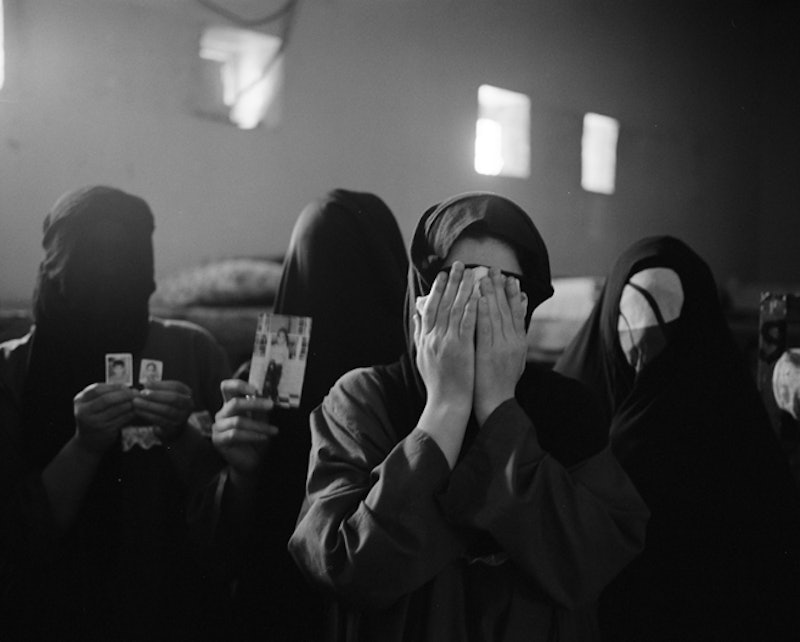 A new report on the shameful state of the Iraqi justice system says that thousands of women are being illegally detained and abused in the country. The report by U.S. group Human Rights Watch Thursday, "No One is Safe," collected interviews of Sunni and Shia women and girls in detention facilities and prison, as well as testimonies from families, lawyers and medical services. The report details sexual violence, torture, electrocution, and rape, as well as the failure of the justice system to protect Iraqi women.

“Iraqi security forces and officials act as if brutally abusing women will make the country safer,” said Joe Stork, deputy Middle East and North Africa director at Human Rights Watch, on the group's website. “In fact, these women and their relatives have told us that as long as security forces abuse people with impunity, we can only expect security conditions to worsen.”

In addition to the verbal and physical abuse against women, which includes being hung upside-down and beaten on their feet (known as falaqa), many accounts report the disturbing near-inevitability of sexual assault by security forces and police.

"I heard three voices. At first they didn't ask me anything. One of them immediately beat me on my face, breaking my tooth, and I fainted. They beat the hell out of me, and when I fainted again they took me to solitary confinement. I heard one of them say, 'Take her away. We'll enjoy ourselves with her tonight.'"

Um Aqil, a women's prison employee who spoke with Human Rights Watch, said that women who are raped are more likely to be attacked in police stations, not prisons. Rape by police is so common that the death row facility requires women to take a pregnancy test before they are confined because it is expected that they were sexually assaulted before arriving in prison, Aqil said.

A representative for Iraq's Human Rights Ministry called the claims "over-exaggerated," but admitted that women often find themselves at the hands of illegal behaviors practiced against them.

There are more than 4,200 women detained in facilities throughout Iraq, the majority of them Sunni, though the abuses suffered are not limited to one class or sect. There is additionally a widespread failure of Iraqi courts to investigate allegations of abuse, and a failure to hold abusers accountable for their actions, which encourages police to submit false confessions, Human Rights Watch said.

Female detainees also told the group that punishment for alleged terrorist activities by men is often meted out in the form of random mass arrests of women. Many women Human Rights Watch spoke to had no access to a lawyer at any point, and judges did not open an inquiry into any cases of abuse.