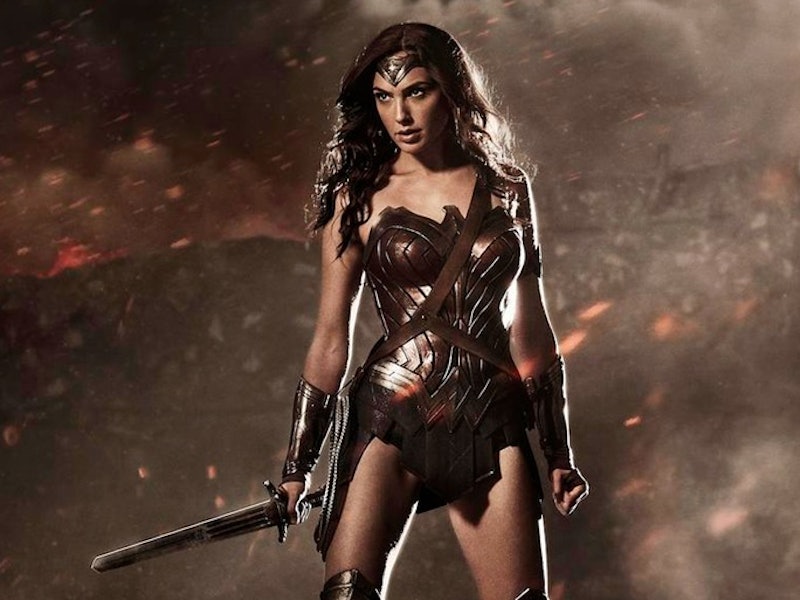 If the trailers are anything to go on, there's no doubt that Wonder Woman, as played by Gal Gadot, will play a crucial role in Batman v Superman. Not only do clips show her joining in on the fight alongside Batman and Superman, it also shows her in civilian clothing attending a party with Bruce Wayne. So, we know she's more than a one trick pony. She's also more than just a love interest — don't expect any Batman v Wonder Woman in the bedroom. "She is not relying on a man, and she's not there because of a love story. She's not there to serve someone else," Gadot said in an interview with Glamour . So, if she's not there as a love interest, what is she there for?

It turns out, Wonder Woman has a very specific reason for showing up in Gotham when she does. And, this purpose actually requires more of Diana Prince, her secret identity, than Wonder Woman. As Diana, Wonder Woman appears to investigate Lex Luthor, and, in doing so, she ends up at odds with Bruce Wayne's own plans regarding the villain. According to an article in Entertainment Weekly, Wonder Woman is specifically concerned about the disappearance of metahumans (or people with powers, like, for example, The Flash). The fact that she appears to conduct this covert investigation primarily as Diana Prince shows that Wonder Woman isn't just there to show up in her unitard for the final fight — she's there to actually move the story forward.

In terms of her relationship to Batman and Superman, it seems as though Wonder Woman will be crucial to the events leading up to the creation of the Justice League. Speaking with EW, Ben Affleck (Batman) hinted that Wonder Woman causes Batman to see metahumans in a new light. "I think it's exciting to him that she's out there and, ultimately, without giving too much away, he realizes that it's not only exciting, but also necessary that he finds more of them if they are, in fact, out there," Affleck told the magazine. Now, that quote could also be interpreted to mean that Affleck sees Wonder Woman as a threat and is inspired to start hunting down other people with powers, but that seems unlikely given the Justice League end-goal.

But before you get too excited, remember that even though she does have more than a glorified cameo role in Batman v Superman, Wonder Woman's ultimate role in the film will be to set up the upcoming Wonder Woman movie. As director Zack Snyder told EW, the trickiest part of bringing her character in was to figure out a way to make her a crucial part of the film without taking away the intrigue of a standalone Wonder Woman film. "She's enough in the movie where you definitely feel her presence. And she makes a huge impact on the film. But there are giant mysteries still surrounding her at the end of the movie," Snyder said.

Whatever Wonder Woman does in Batman v Superman, you can bet it will excite audiences for Wonder Woman, which will hit theaters in 2017. I already can't wait.