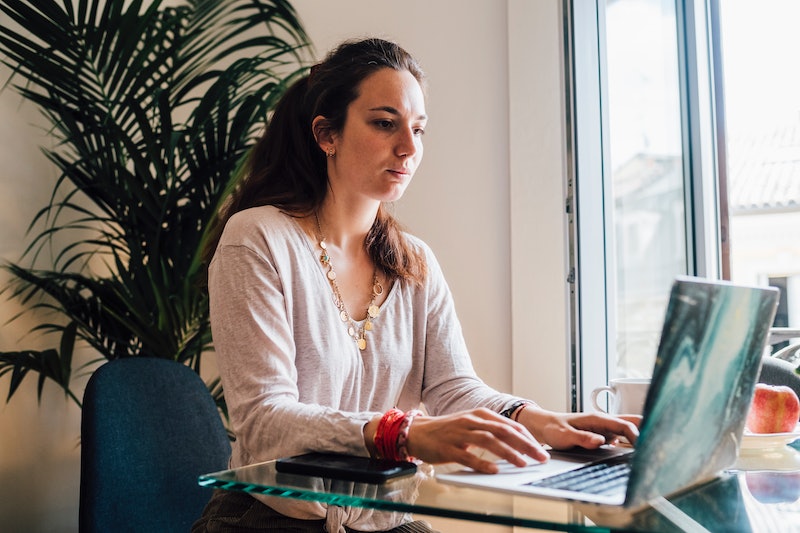 If you're reading this, you just might be a professional writer. Symptoms include early onset storytelling, working from home, loitering in coffee shops, and getting into fights with friends after you use their life story for a character in your novel. And if you're a writer now, chances are you're a writer for life.

Of course, it's not all bad. Writers are a valuable part of society. The world needs books and the internet needs listicles. Your friends need you to help them craft savage texts to their exes. Your friends' parents need you, so that their children can look stable and employable by comparison. Your romantic partners need you, so that they can one day have a really good story about that time they dated a writer.

Most importantly, you need writing. The vast majority of writers are writers because they have to be. They need to write to be able to function (or kind of function) in day-to-day existence. Plus, if you make your living as a writer, you can probably get away with not wearing pants or talking to anyone all day. It's a pretty sweet deal.

So, if you suspect that you might be a lifelong writer, here are a few signs that'll help you with a more comprehensive diagnosis:

Most writers start out as readers. And most writers continue to be readers. I don't just mean the high profile stuff, either—we'll read anything. I, for one, have read and enjoyed the works of James Joyce. But will I still click on a link for an article about which Hogwarts house the characters from Friends would be in? Yes. Yes, I will. And then I will read all the related articles.

2. You live in constant fear of people reading your writing

I mean, yes, technically writers want other people to read their writing. But, as a writer, you also live in fear of people reading something before it's finished. Or reading something you wrote five years ago. Or reading that one article you wrote that was posted with a typo in it. Or your ex reading the essay that was not-so-subtly based on them and talks about how they're a monster. Why must so many people want to read the garbage you write?

3. Job security means nothing to you

It's not that you don't want job security it's just... a meaningless concept to you. Do other people not live in a constant state of uncertainty while they search for freelance work? That must be weird. Your friends may be concerned when you show no interest in having a full-time job with benefits, but you know that you can make it as a professional writer. Your definition of "making it" just doesn't include financial security or regular meals, that's all.

4. You wrote a novel in high school that you have since burned

If you're a lifelong writer, there's a good chance that you took on an ambitious writing project at an early age. I know that I started about a novel a week back in high school. They were all pretty wretched. The best one was about a vampire named Rodney trying to legally adopt his fiancee's daughter. Like many other writers, however, I destroyed all these early attempts at "novels" long ago. If anyone ever finds one of them, I will spontaneously sink down into the center of the Earth while weeping with embarrassment.

5. No one will play Scrabble with you

Or Words with Friends, or Boggle, or Balderdash, or Bananagrams, or any other wordy game that might give you an opportunity to show off. You can't help that you love words and puns and language—but it can get on other people's nerves. It's not your fault they don't know what amplexus means (it's the mating embrace of a frog or toad, of course).

6. You have a complicated relationship with one or more dead authors

You and Hemingway have a kind of on-again, off-again thing. You love Virginia Woolf, but sometimes you feel like she's not really listening to you. And J.D. Salinger and you really have to talk some things out. You know that these people are A) authors and B) dead, so you don't actually know them personally. But on the other hand, you totally do know them personally, and you have really strong feelings about them.

7. You’re more comfortable on the page than in person

Not all writers are shy recluses, hiding in their garrets. But even if you're a talkative, personable writer, you're probably better at expressing yourself on the page. When you get into an argument with a real live human being in person, you might have a hard time coherently stating your opinion before you dissolve into tears and/or poetry. But when it comes to writing your opinion in an essay, text, or Facebook comment? You're all over it.

8. You think a vintage typewriter is a necessary expense

Food? Eh. Electricity? A luxury. Vintage typewriters? Worth the money. I'm not saying that every writer in the world would give up their life savings for a piece of romantic, outdated technology. But if you're a writer, you've definitely thought about it at least once. I mean, how sick would a typewriter look, sitting on your bed because you don't have enough money or space for a desk? Pretty darn sick.

9. The people at the coffee shop know who you are

...and they're starting to give you dirty looks. It might be because you only buy one (or three) coffees, and then you sit there all day at your laptop, muttering to yourself and scaring off other customers. But what else are you supposed to do? Write at home? You've been doing that for too long, and now your home fills you with anger and despair. So you write in the coffee shop until it, too, fills you with anger and despair. And then you start the cycle over again.

Why do you have so many journals? You don't remember ever buying this many journals. You've only written in about a third of them. Are people sneaking journals into your home at night? Are the journals mating with each other? It just feels like you have a lot of journals (not that you're complaining, but your shelves are already full of all those books that aren't journals).

11. When inspiration strikes, it’s the best feeling in the world

Writing may look glamorous and exciting, but most of the time, it's a grind. There's a lot of sitting and playing 2048 and staring blankly at the wall. And, mostly, it's less about inspiration than it is about weeping over your keyboard. When that moment of inspiration does strike, though, and you get a killer idea for your next piece of writing—well, it's pretty much the best feeling in the entire world. It's like trombones and fireworks all over the place. And it makes it well worth it to be an incurable writer for life.

More like this
Jessica Simpson On The Time She Was Pursued By A Backstreet Boy & An *NSYNC Member
By The Editors
Netflix Shut Down 'Bridgerton' S3 Rumours About A “Very Dark” Storyline
By Bustle
We’ve Entered The Hot Boy Reader Era
By Samantha Leach
5 Signs You Have A Toxic Relationship With Yourself
By Lexi Inks
Get Even More From Bustle — Sign Up For The Newsletter
From hair trends to relationship advice, our daily newsletter has everything you need to sound like a person who’s on TikTok, even if you aren’t.