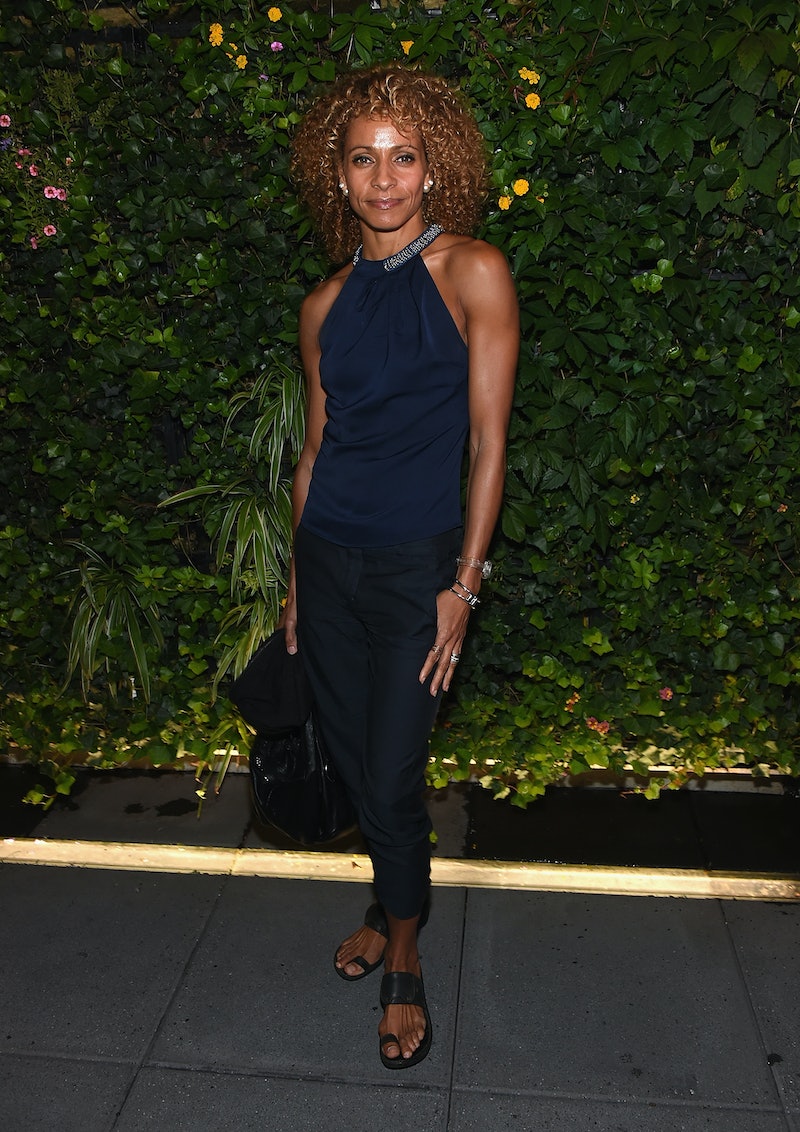 On Friday, March 18, the entire second season of Daredevil will premiere. After a much-celebrated freshman run and the development of a few related series, the pressure is on for Netflix's first Marvel adaptation to come back strong. When Jessica Jones followed in Daredevil's gritty footsteps, many fans couldn't help but compare the two series. The super strong P.I. and Devil of Hell's Kitchen share a universe: New York City under siege. They also share a few characters, including Rosario Dawson's Daredevil nurse Claire Temple, who popped up in the other show's finale to stitch up Luke Cage and Jessica. Now, a character is moving in the other direction. Samantha Reyes will appear in Daredevil Season 2, but if she looks familiar, it's because Michelle Hurd already played that character on Jessica Jones.

If Michelle Hurd looks at home in New York City, here's why. The actress had a recurring role in the famously NYC-based Law & Order: Special Victims Unit and in the dearly departed Gossip Girl. Her Marvel association began in the finale of Jessica Jones, "AKA Smile." And she's no friend to Krysten Ritter's main character. (If you want to avoid spoilers, stop reading right this second!)

Hurd appears in one scene in "AKA Smile" as District Attorney Samantha Reyes. She and a detective sit across from Jessica and her sometimes-client, sort-of friend Jeri Hogarth. Jessica is being interrogated about the death of Kilgrave, a man who — in the D.A.'s eyes — Jessica killed with "her bare hands." Has she argued against Jeri before? Their behavior towards each other suggests that there's some professional history there. Either way, Reyes clearly sees Jessica as dangerous person and she's not buying that Kilgrave had mind-control powers. "Witness testimony won't prove the existence of mind control," Reyes tells the other women. "Tell that to the police officers who opened fire on my client," Jeri shoots back. "I can't wait to get them on the stand."

It's probably written somewhere in the superhero rules that every crusader has to have a by-the-book opponent whose tight grip on the law makes their job more difficult. Daredevil is already a divisive figure in Hell's Kitchen, declared by some to be the perpetrator of the violence and corruption that Matt Murdock is actually trying to prevent. It seems just like in Jessica Jones, that's the role Reyes will play in Daredevil as well.

The IMDb page for the series doesn't give away how many episodes of Daredevil Reyes will be appearing in as D.A. Reyes, but The A.V. Club early review of Season 2 hints that Matt's law partner Foggy (Elden Henson) will be going toe-to-toe with the District Attorney in court.

What's really interesting and cool about the Daredevil and Jessica Jones crossover is that it can now feed on itself. Will Reyes learn a little something about vigilantism in Daredevil that might soften her vendetta against Jessica Jones? She could even stretch her influence across one more show by booking an episode or two of the upcoming spinoff Luke Cage. Of course, that's all assuming that Samantha Reyes survives, and that's not an easy task in Daredevil's Manhattan.